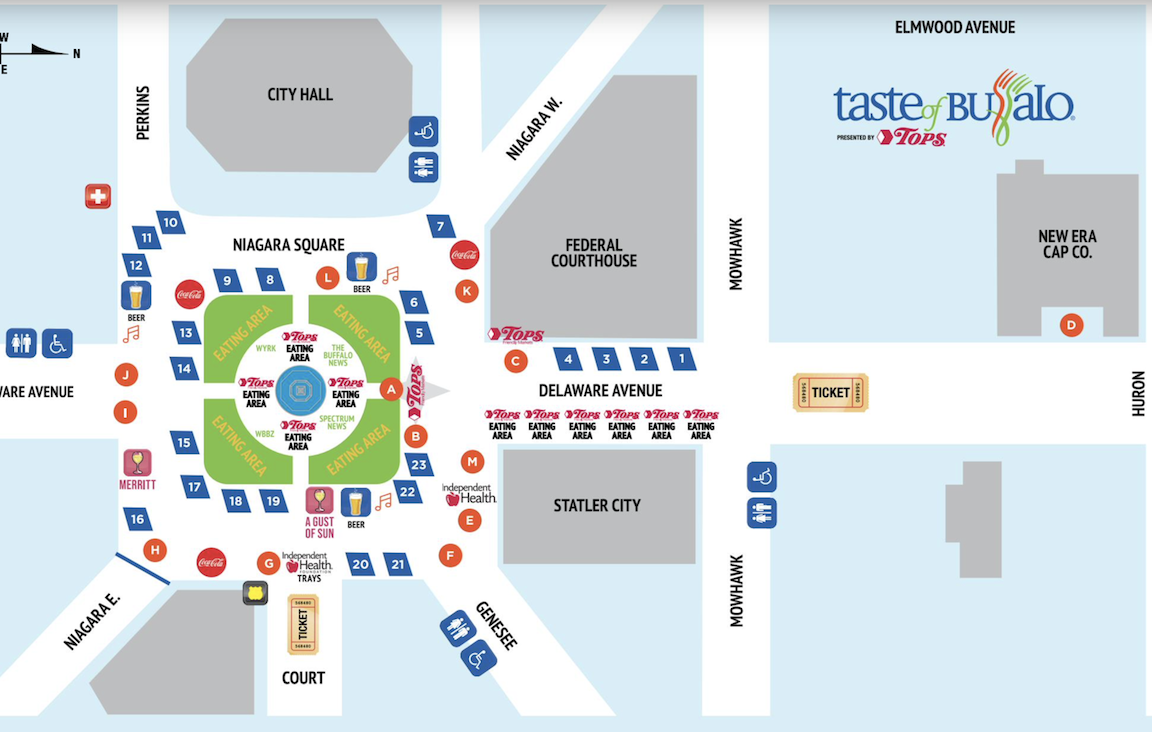 (Image courtesy of the Taste of Buffalo)

The Taste of Buffalo presented by Tops, which takes place this Saturday, July 10, and Sunday, July 11, will necessitate several street closures beginning at noon Friday to allow for event setup. Streets will reopen late Sunday, once the festival’s footprint has been removed.

The festival footprint has changed from previous years. The two blocks of Delaware Avenue from West Tupper Street to West Huron Street will be open and West Huron will also remain open to through-traffic. These streets are typically closed on Taste of Buffalo weekend.

The following streets will be closed to inbound traffic beginning at noon Friday and will close to outbound traffic at 5 p.m. Friday:

√ Niagara Square and its arterials, which include Niagara East, Niagara West and Perkins Drive.

Taste of Buffalo volunteers will also be in the area marking tents beginning at 5:30 p.m. Thursday. Streets will be open to traffic, but motorists in the area are asked to use caution.

The Taste of Buffalo presented by Tops is the nation's largest two-day food festival. The 38th annual event will take place in Niagara Square and Delaware Avenue in downtown Buffalo.

The Taste is a not-for-profit organization with more than 1,000 volunteers helping to put on the annual event. Approximately $541,000 has been raised at the festival for local charities, including three scholarships awarded last year to local high school seniors pursuing a culinary or hospitality-related degree.