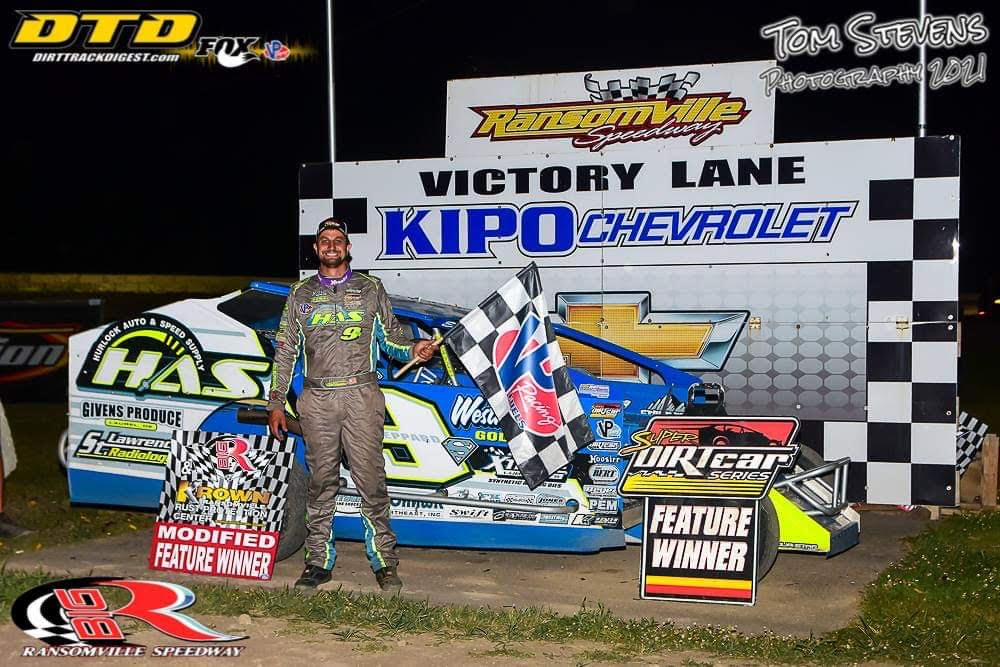 “Super” Matt Sheppard from Waterloo won the 36th running of the Summer Nationals for the Big-Block Modified Super DIRTcar Series at Ransomville Speedway on Tuesday night. For the fourth time at the “Big R” in 2021, Newfane’s Scott Kerwin was victorious, this time in the inaugural Mike Bonesky Memorial for the Investor’s Service Sportsman in round one of the Western Region for the Sportsman Super DIRTcar Series.

“Money Mat” Mat Williamson and Sheppard brought the field of Big-Block Modified Super DIRTcar Series to the green flag for the 36th running of the Summer Nationals with Williamson showing the way. With Williamson leading, Stewart Friesen quickly moved into the top three and would start to battle with Sheppard for second. Garrison Krentz would slow on the front straightaway to bring out the races’ first caution on lap 10. On the ensuing restart, Sheppard would take the lead by using the outside of the speedway to clear Williamson. Chad Brachmann would slow on the back straightaway to bring out the caution on lap 18.

Peter Britten would make his charge toward the front as “Batman” would pass Stewart Friesen to move into third place before lap 25. “Batman” would then start to challenge Williamson for second, as Sheppard started to pull away from the field. The field would encounter lap traffic by lap 40 and the leaders would get bunched up, allowing fourth-place Stewart Friesen and fifth-place Mike Mahaney to close the gap on the top three of Sheppard, Williamson and Britten. Chris Hile would enter the top five on lap 42 as he passed Mahaney and then went after Friesen for fourth. At the halfway mark, Sheppard continued to show the way over Williamson, Britten, Friesen and Hile, with Mahaney, Matt Farnham, Erick Rudolph, Demetrios Drellos and Larry Wight racing in the top ten. The yellow flag would wave on lap 60 as Williamson’s second-place run came to an end after shredding a right rear tire.

The battle between “Superman” and “Batman” would begin on the restart as Sheppard would start to pull away from the field again. The yellow would immediately come out as Kevin Root spun entering turn three on lap 65. Jordan McCreadie also went behind the wall on lap 65 after suffering damage to the left rear of his car.

Several late-race cautions bunched the field back up and, in the end, it was Matt Sheppard scoring the win over Britten and Friesen. Mahaney and Rudolph would complete the top five. Past Friday night’s feature winner Ryan Susice finished seventh after starting 20th on the grid. For Sheppard, it was his second career triumph in the Summer Nationals. He won his first in 2017.

Gary Tompkins used Dave Rauscher’s car to qualify for the event after having engine trouble with his number 84 entry.

Adam Hilton and Zach Sobotka brought the Investor’s Service Sportsman to the green flag for the Mike Bonesky Memorial with Sobotka taking the lead over Hilton, with Austin Susice, Dylan Duhow and Scott Kerwin racing inside the top five. A multicar incident involving Ricky Thompson, Derek Wagner, Clayton Cain, Justin McKay and Mike McCarthy slowed the field down with one lap completed. Sobotka would take the lead on the restart as Susice and Kerwin went three-wide with Hilton for second place. Brett Senek would challenge Duhow for fifth place and would complete the pass on lap five, just as Susice would take over second from Hilton and Kerwin would move into third. Sobotka, Susice and Kerwin pulled away from the field as Senek, and Hilton raced in the top five. As the lead trio pulled away, Senek would close the gap to make it a four-car battle for the race lead. After the race’s halfway mark, Susice and Kerwin would take off into the lead as Sobotka fell outside the top five. Susice and Kerwin put on a battle for the ages over the last half of the event. Kerwin and Susice would trade the lead several times over that span. Susice and Kerwin battled and headed into turn four on the final lap, Susice spun, and Kerwin would win his fourth feature of the season. Senek and Brett Martin would complete the top three. Susice ended up crossing the line in fourth place and early race leader Sobotka would complete the top five. Alex Payne drove from 25th to position No. 7 at the end of the 30-lap feature.

On Friday, July 9, VandeMark Chemical and East Coast Speed presents “The Ones That Left Us to Early 30” for the RUSH Crate Late Models, as well as the Richard Wilkinson Memorial. Joining the RUSH Late Models will be the Krown Undercoating Modifieds, KiPo Chevrolet Street Stocks, Sunflowers of Sanborn Mini Stocks, and the Kevin’s Carpet Cleaning Novice Sportsman. The July 9 program will be streamed live on www.dirttrackdigest.tv. Fans, drivers and crews can listen to all the racing action on 96.5-FM using their portable FM radios while on the property. 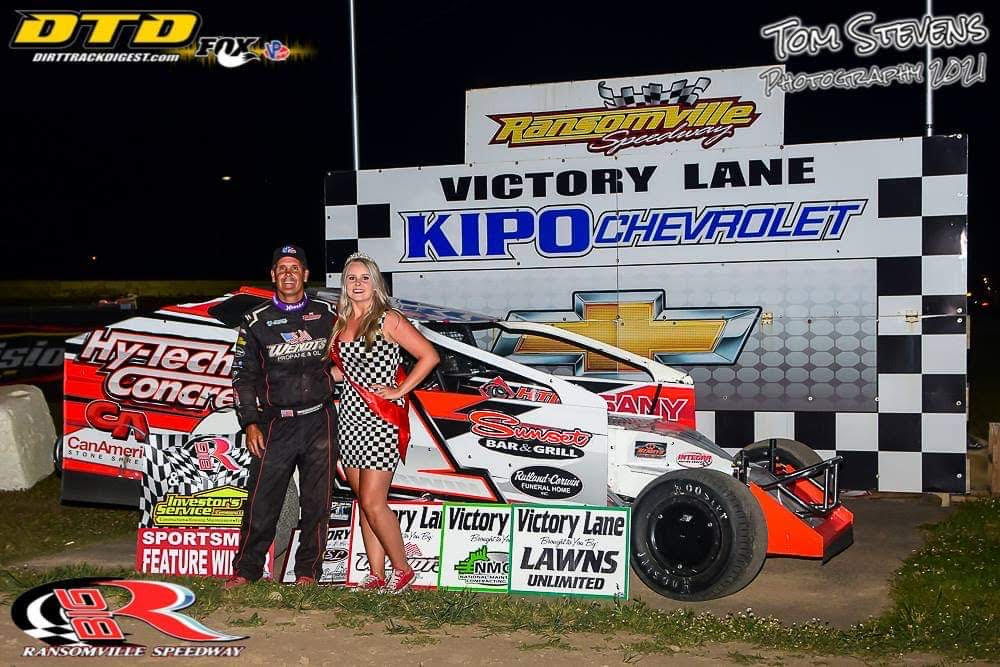