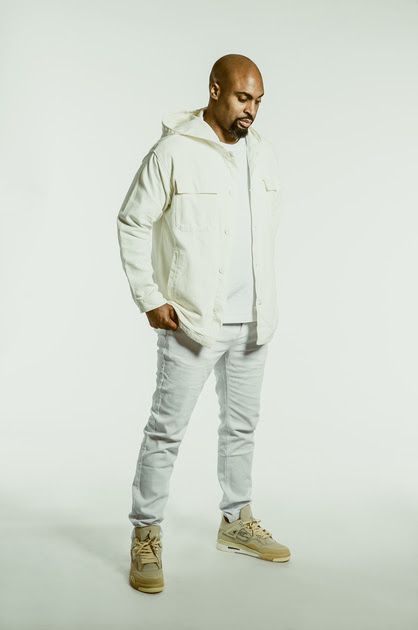 The message of "Jesus," which was written by Thompson immediately after he penned the title track to his new LP, "Is too simple to even try to unpack. There is power in the name of Jesus. This name is above every other name. Undefeated and uncontested," he said.

He added, "After I finished writing 'Lion of Judah,' I just sat at my piano and sang it straight through from top to bottom three times. With tears in my eyes, I just worshipped and the worship got deeper and deeper. 'Jesus' came within a span of 15 minutes. It was birthed out of the residue of worship that 'Lion of Judah' created, and it felt like a gift had been given to me because it came so effortlessly. That’s why it's written in the same key and almost the exact same tempo. In my mind, these songs are sisters. There is something very solemn and peaceful about this song. It felt like a hymn to me."

As the singer put it, “The mandate is clear. I feel the Lord’s call on my life to lead people into his presence – to lead them to worship.”

Team Thompson said, “Standing before diverse bodies of around the world, Thompson’s sincerity possesses the uncanny ability to reach people just where they are while leading them to the throne of grace.”

In 2017, Thompson stepped forward from behind the pen and committed to one goal: worship. The world immediately took notice of his authentic heart as the live session video for “My Worship” garnered over 1 million views within just two months. Just over a year later, it has more than 12 million views. The full project was released spring 2018 and reached No. 1 on Billboard charts, garnering both GMA Dove Award and Stellar Award nominations.

Within the year, Thompson crisscrossed the globe worshipping throughout Ghana, Nigeria, the U.K., the Netherlands, Canada and the Caribbean Islands.

As he preps his sophomore season of songs and once again transcends world borders, Thompson desires nothing more than to remind believers far and wide that God’s grace is boundless, and his love is ever-present.

Be sure to visit PhilThompsonWorship.com to find out more.