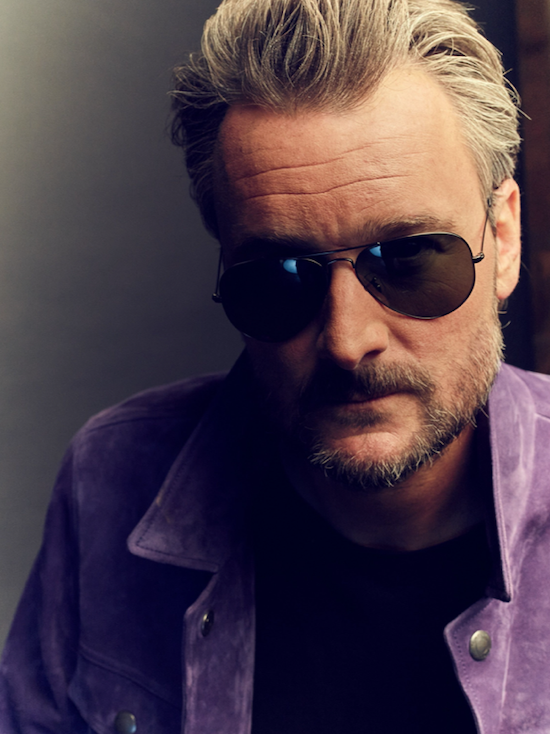 Eric Church in the round for 'The Gather Again Tour'; slated to hit Buffalo this fall

Tickets to US dates on sale at 10 a.m. local time Friday, May 7; Canadian on-sale forthcoming

Reigning CMA Entertainer of the Year and current ACM Entertainer of the Year nominee Eric Church has his sights set on a return to the road with this morning’s announcement of a full arena tour. As first shared with the Church Choir and by Billboard magazine, The “Gather Again Tour” will kick off this fall and visit 55 cities throughout the U.S. and Canada, culminating at Madison Square Garden in the spring of 2022.

The “Gather Again Tour” is scheduled to visit KeyBank Center in Buffalo on Saturday, Sept. 25,. All local health guidelines in place at the time of the show will be enforced.

Making the most of the long-awaited opportunity to “gather again,” for the first time in his career Church will adopt an in-the-round setup, with the stage at the center of each arena floor in order to accommodate as many fans as possible.

Tickets to all U.S. dates go on sale to the general public at 10 a.m. local time Friday, May 7, at www.EricChurch.com. Church Choir members may access tickets early via presale on Tuesday, May 4. On-sale information for the Canadian dates will be announced soon.

Church has passionately taken a leadership role in the industry’s return to touring.

Additionally, Church will appear in an upcoming PSA promoting vaccine education, produced by ACM Lifting Lives, The Ad Council and COVID Collaborative and set to premiere during the ACM Awards broadcast on Sunday, April 18, where Church will also perform a song off his forthcoming “Heart & Soul” triple-album project.

The reigning CMA Entertainer of the Year and 10-time Grammy nominee has spent the past year releasing new music at a relentless pace; providing a glimpse into the results of a marathon session during which he spent nearly a month writing and recording a song per day – including current Top 15 single “Hell of a View” – while sequestered in a rural North Carolina cabin, and fueling speculation of his highly anticipated new three-part project, “Heart & Soul.”

Just as unique as Church’s approach to recording and releasing music is his tenacity on the road. During his most recent outing, 2019’s “Double Down Tour,” Church played back-to-back nights of two unique shows in each market sans opening act, giving every city’s fans six-plus hours of his iconic music. The tour also featured a massive stop at Nissan Stadium in Nashville, where he broke the venue’s concert attendance record with more than 56,000 fans in attendance. He became the first artist to sell out the venue with a solo lineup. Church also recently took to the field at Tampa Bay’s Raymond James Stadium to perform the National Anthem with R&B star Jazmine Sullivan ahead of Super Bowl LV.