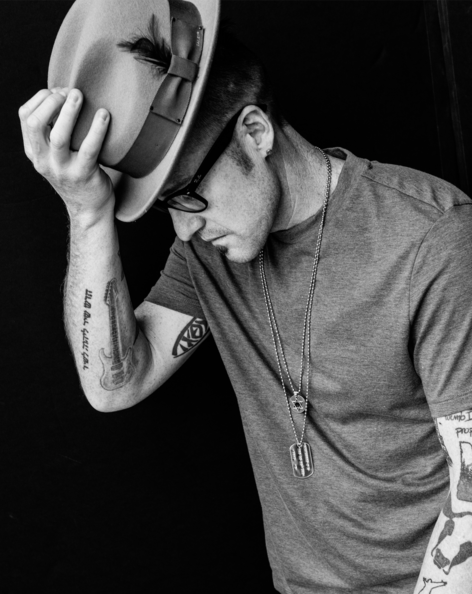 Gotee Records' award-winning artist and songwriter Ryan Stevenson releases a new version of his song, "When We Fall Apart," with Grammy Award-winning artists Vince Gill and Amy Grant. The original song was featured on Stevenson's 2020 release, “Wildest Dreams,” and is also the current radio single currently in the Top 25 on Billboard Christian Airplay. The new version is available now and will also be available on his upcoming “Weathering the Storm” EP that will release in May. The EP will feature a few new songs plus acoustic versions of some of his most well-known songs.

"All of us have lost somebody … either a family member, an acquaintance, a co-worker and I just think it’s brilliant to sing this song while we’re all collectively experiencing so much loss," Grant shared. "And at the same time experiencing such a deep appreciation for the gift of each other. I love how this song is a conversation now and a timely one.”

"The last words my mother spoke to me are the words to this song” Stevenson shared. "Even in the face of imminent death, she was pouring out wisdom and words of healing and encouragement to me that it’s OK to cry, it’s OK to grieve, it’s OK to fall apart. We are all going to experience loss at some point to some degree. This song has been my way of working through and navigating one of the most painful storms of my life."

The emotional lyric video features photos from Stevenson's childhood and with his mother. The video was directed by Dustbrand Films' Nathan Corrona (Lecrae, Crowder).

Stevenson has been hitting the road this year with his special “Home Concert Experience” where he brings the concert to his fan's living rooms or backyard. This special event is a way to connect more personally with fans and also provide a unique concert experience in this pandemic season. Stevenson weaves in moments from his recent book, “Eye of the Storm: Experiencing God When You Can’t See Him” (Harvest House), between songs.

In 2020, Stevenson released his newest studio album, “Wildest Dreams,” a collection of songs that were deep prayers of Stevenson’s about brokenness, joy, victory, defeat and celebration. The album featured the Top 5 Billboard Christian Airplay hit “Amadeo (Still My God)” with a goal to inspire the listener to move to a place of trust and dependence on God.

Following a nine-year stint as a paramedic, Pacific Northwest native Stevenson signed an exclusive agreement with Gotee Records in 2013 after capturing TobyMac’s attention by co-writing the No. 1 and Grammy-nominated single “Speak Life." His first recording for the label was the “Holding Nothing Back” EP in 2013. This was followed by 2015’s full-length album “Fresh Start,” which featured the RIAA Gold-certified single “Eye of the Storm.”

With five No. 1 singles (three as an artist and two as a co-writer), a Grammy nomination, Billboard Music Award nomination, a Dove Award (2017), ASCAP honors and major tour bills, Stevenson has already distinguished himself as a rare talent whose unique perspective guides his honest lyrics and sonic sensibilities.

Stevenson released his first book, “Eye of the Storm: Experiencing God When You Can’t See Him” (Harvest House) in the summer of 2020.

Young, author of “The Shack," said, “Ryan is deeply committed to the honesty of the journey. I am honored to be a witness to his courage and determination and his wholehearted pursuit of authentic truth-telling and creative craft.”