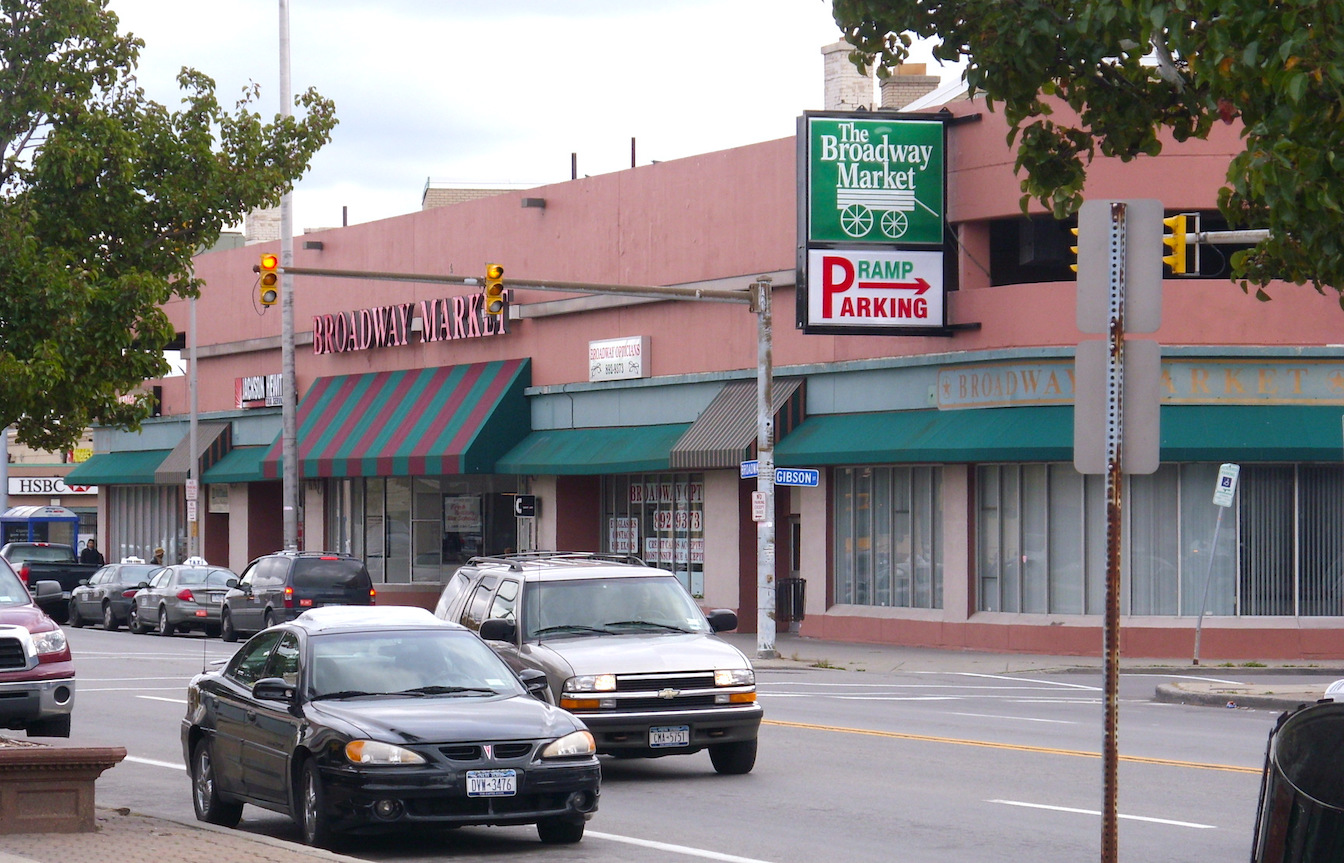 Empire State Development announced the final consultant recommendations for the Broadway Market in Buffalo’s Broadway-Fillmore neighborhood. The proposed changes, for one of the country’s oldest and largest city-owned public markets, include preserving and expanding the market’s best features while planning its evolution as a unique regional center for fresh and international foods.

“These recommendations – inspired by the successful revitalization of similar markets across the country – will help the Broadway Market proactively evolve as a year-round destination both locally and for visitors from across the region and beyond,” ESD Acting Commissioner and President and CEO-designate Eric Gertler.

The final recommendations present the framework for a Broadway “International” Market, intended as a destination offering an array of ethnic and national foods – with the management structure, physical features and vendors to support its successful operation. The consultants’ outline will require the community, along with local and state governments and the nonprofit sector, to collaborate in support of a five-to-10-year implementation of the plan.

Gov. Andrew Cuomo previously committed $4 million in state funding through the Buffalo Billion for the Broadway Market. While the plan recommends the City of Buffalo retain ownership of the market, it calls for the establishment a new, not-for-profit entity to lease the building and manage the market.

A press release said, “By returning the Broadway Market to its historic role as a regional hub for fresh, international foods, and with the addition of tenants and exciting amenities, the market has the potential to become a top attraction.”

The road map of recommendations, covering everything from finances to structural adjustments, include:

√ Progressively utilizing the structure’s entire 547,000-square-feet for market uses, which currently equates to just 6% of its floor area;

√ Filling the market with fresh and ethnic food stalls and international groceries, as well as restaurants and prepared food stalls;

√ Making the structure’s basement accessible and renovating it to serve the market’s tenants by adding space for walk-in coolers, freezers and storage, as well as building utilities, freeing up additional tenant space and for enticing displays;

√ Addressing the street-level and allowing multiple points of entry with new restaurants and grocers that would activate and extend out along public sidewalk areas; and

√ Replacing problematic escalators with new freight and passenger elevators and improving parking garage areas so they are bright, attractive, safe, and accessible.

ESD contracted with CJS Architects in March to lead a team to develop comprehensive business and marketing plans for the revitalization of the Broadway Market. CJS Architects, along with Public Market Development (PDM) and Developments by JEM, have met with various focus groups to encourage involvement with and feedback to the planning process. More than 1,000 people provided contributions to the plan’s direction, via direct testimony, surveys and community meetings. Numerous prior studies were reviewed in detail.

As part of Cuomo’s Buffalo Billion initiative, $65 million was dedicated to the revitalization of Buffalo’s East Side through capital investments in nine target areas along four commercial corridors. As part of this funding, $4 million has been committed to begin transforming the Broadway Market into a sustainable and vibrant year-round shopping hub. The market historically has played an important role as a center for year-round, international, owner-operated, affordable fresh and prepared food shops and neighborhood services. As the community around it has changed, the market is now seeking to maximize its relevance to Broadway-Fillmore and to expand its customer base in order to serve as a sustainable stimulus to neighborhood development, as well as an attraction for the region.