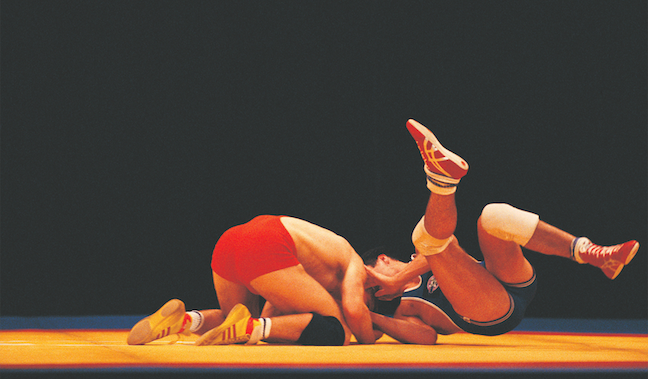 The executive committee of Section VI on Thursday voted to move wrestling to the spring sports season. The decision came after the health departments in the five counties that make up the section released a joint statement of concern.

The statement cited the most recent weekly report, released Jan. 26 from the Centers for Disease Control and Prevention. It read, “In the interests of limiting risks and protecting the health of athletes. … WNY health department leaders strongly recommend that interscholastic wrestling cancel or postpone their winter 2021 seasons.”

Section VI President Brett Banker said “Our executive committee met with representatives from all five counties and chose to follow the pleas of our health officials and the CDC to pause our wrestling season. We never discussed canceling wrestling completely, although that was an option. We know that a move to spring may cause conflicts with athletes and coaches, however, we are thankful we had this alternative.”

Wrestling moves to the revised spring season of May 10-June 30 along with baseball, softball, tennis, lacrosse and track. Section VI voted to inform the state association it will not participate in state play this spring.

“As difficult as it was, by removing our teams from state competition in the spring, we can now extend our calendars and offer more contests for our athletes,” Banker said. “We anticipate that, with this move, our athletes will likely complete full seasons, which they lost last year.”

The current winter season, which will include basketball and ice hockey, will begin Feb. 1 with sectional championships completed by March 27. Bowling, rifle, swimming and skiing were allowed to start on Jan. 4. The state had already canceled state championships for fall 2 and winter. The season that NYSPHSAA refers to as fall 2, with football, volleyball and cheerleading, will now run March 22-May 15.

For now, Section VI is not allowing spectators to attend contests. However, according to Banker, “We are prepared to reassess where we are with infection rates and other data, the week of Feb. 22. We certainly want families to be able to watch their athletes compete. But we need to offer districts the opportunity first to roll out protocols and gauge how successful they are.”