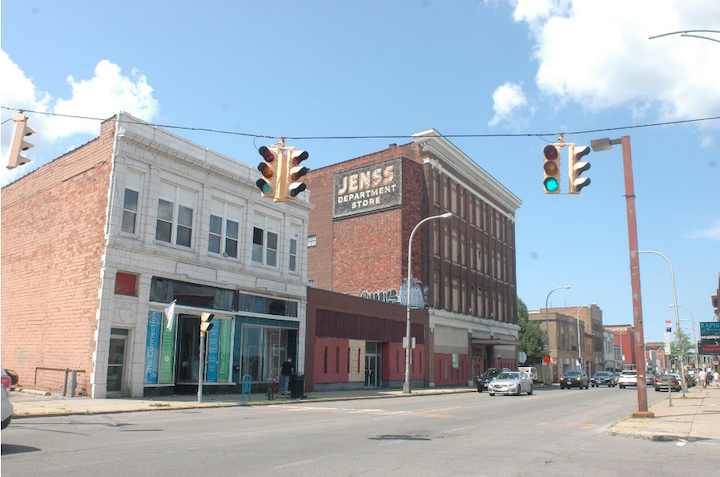 The New York State Board for Historic Preservation has recommended adding 16 varied properties to the State and National Registers of Historic Places, including a former Hudson Valley power plant that first electrified the New York City rail system at the turn of the 20th century, a rare surviving 1920s wooden baseball grandstand in a Southern Tier village, and a factory complex in the Mohawk Valley that fueled the evolution of mechanical office technology from early typewriters to the dawn of the computer age.

"The nominations reflect the incredible history found in our state and the stories forged by its people," said Erik Kulleseid, commissioner of the Office of Parks, Recreation and Historic Preservation. "Securing this recognition will help protect and preserve such places so this history can be carried safe and intact into the future.”

Other listings have included portions of a Hudson Valley town that was home to the “Violet Kings,” remnants of a 19th century canal in the Southern Tier, and the site of an internationally known tableware manufacturer started by members of a 19th century upstate religious community.

In recent years, the DHP also has received three Unrepresented Communities Grant from the National Park Service to support the NYC LGBTQ Historic Sites Project in New York City. This has resulted in New York leading the nation in listing of sites associated with LGBTQ+ history on the State and National Register.

In cooperation with local and regional preservation advocacy organizations, the DHP is studying Buffalo’s traditionally African American eastside neighborhoods and LGBTQ+ sites in Rochester. Both these studies will likely lead to additional State and National Register listings.

The DHP also is advancing designations associated with the role that women have played in shaping the state, from the suffrage movement to women’s liberation.

Since the governor signed legislation to bolster the state's use of rehabilitation tax credits in 2013, the state and federal program has spurred investment of billions of dollars in completed rehabilitations of historic commercial properties and tens of millions invested in owner-occupied historic homes.

The State and National Registers are the official lists of buildings, structures, districts, landscapes, objects and sites significant in the history, architecture, archaeology and culture of New York state and the nation. There are more than 120,000 historic properties throughout the state listed on the National Register of Historic Places, individually or as components of historic districts. Property owners, municipalities and organizations from communities throughout the state sponsored the nominations.

More information, with photos of the nominations, is available on the State Parks website.

•Main Street Historic District, Niagara County – Located in the north end of Niagara Falls, this 33-acre area contains more than 50 commercial, religious and educational buildings that reflect community development from 1855 to 1974. The period covers the growth of the railroad and industry, followed by the advent of automobile culture, and reflects midcentury main street improvement efforts by the community.

New York State Office of Parks, Recreation and Historic Preservation oversees more than 250 individual parks, historic sites, recreational trails and boat launches, which were visited by a record 77 million people in 2019. A recent university study found spending by State Parks and its visitors supports $5 billion in output and sales, 54,000 private-sector jobs and more than $2.8 billion in additional state GDP. For more information on any of these recreation areas, call 518-474-0456 or visit parks.ny.gov.