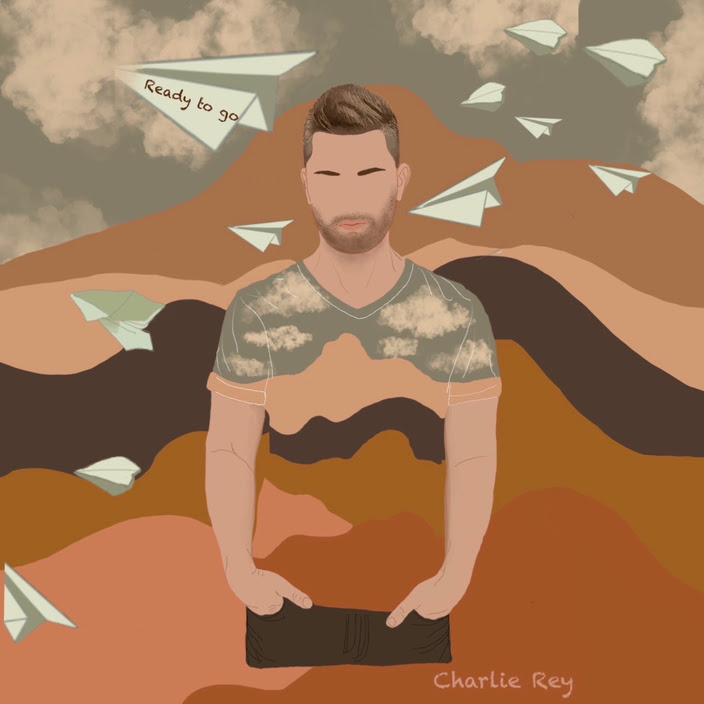 Charlie Rey is 'Ready To Go' with new single

Singer/songwriter Charlie Rey dropped his latest single, "Ready To Go," on Friday. Available now on Apple Music and Spotify, "Ready To Go" is Rey's follow-up to previously released singles such as "Undeniable Love," "Now" and "Day After Forever."

The upbeat spin of "Ready To Go," written by Rey along with Josh Bronleewe and Benji Cowart, “shares the faith-filled message to follow God's plan for us, even if he leads us down a path that is unexpected or unplanned.”

"God's plan doesn't always seem like it makes sense, but who am I to pretend I know how God thinks?" Rey said. "We don't need to have the answers when we can have faith that he does. We just need to be prayerfully ready and willing. He leads, I'll follow. Let's go!"

"Doesn't matter where we're going, even if you take me down a different road // No matter what's ahead, You're with me every step, so I'm ready to go" – from "Ready To Go"

Rey was initially discovered in 2013 when he appeared on season three of NBC's "The Voice." Becoming a finalist on Blake Shelton's team, the experience led him to opportunities he'd never imagined, from being mentored by Shelton, performing with Michael Bublé, and even singing his own rendition of the Journey hit "Send Her My Love" for band member and the song's co-writer Jonathan Cain.

In 2019, Rey released new music for his loyal fanbase while also obtaining new fans with his catchy tune "Undeniable Love." Co-writing the song with Bronleewe (Danny Gokey, Natalie Grant) and Tony Wood (Reba McEntire, Steven Curtis Chapman), "Undeniable Love" was written because of Rey's desire to make music that is both relevant and accessible for all ages. "There is clean music that is relevant, but not nearly enough. We need to have music available that is good for the soul and spirit, but that can only come with relevance."

Since first appearing on "The Voice," the California native got married and he and his wife have two young children, which is a part of their journey that started off differently than most new parents-to-be. During the pregnancy of their first child, Rey was diagnosed with transverse myelitis, a neurological disorder affecting the spinal cord. But before his official diagnosis, he was dealing with temporary paralysis and endless doctor appointments, which kept him wheelchair-bound for three months. Initially being told he may have multiple sclerosis or a tumor in his spinal cord, his wife went into premature labor at just six months of her pregnancy and Rey had to drive her to the hospital immediately, while partially paralyzed.

He explained, "I was devastated with where life was, and I asked God why this was happening. Was I being punished for my past mistakes? I heard God say to me, 'Breathe.' So, I stopped, started to breathe, and asked God to show himself at that moment and I would dedicate every inch of my life to serving his purpose, whatever that may be. The doctor came in and said everything was going to be fine. When I got in the car to drive us home, I suddenly felt the gas pedal under my foot for the first time. Miraculously, I was starting to heal. God answered my prayer. I knew I had to uphold my promise, I just didn’t know what that entailed."

Rey now knows his calling: To write and record music in the faith-based community and with the world. For the latest information, visit CharlieRey.com.