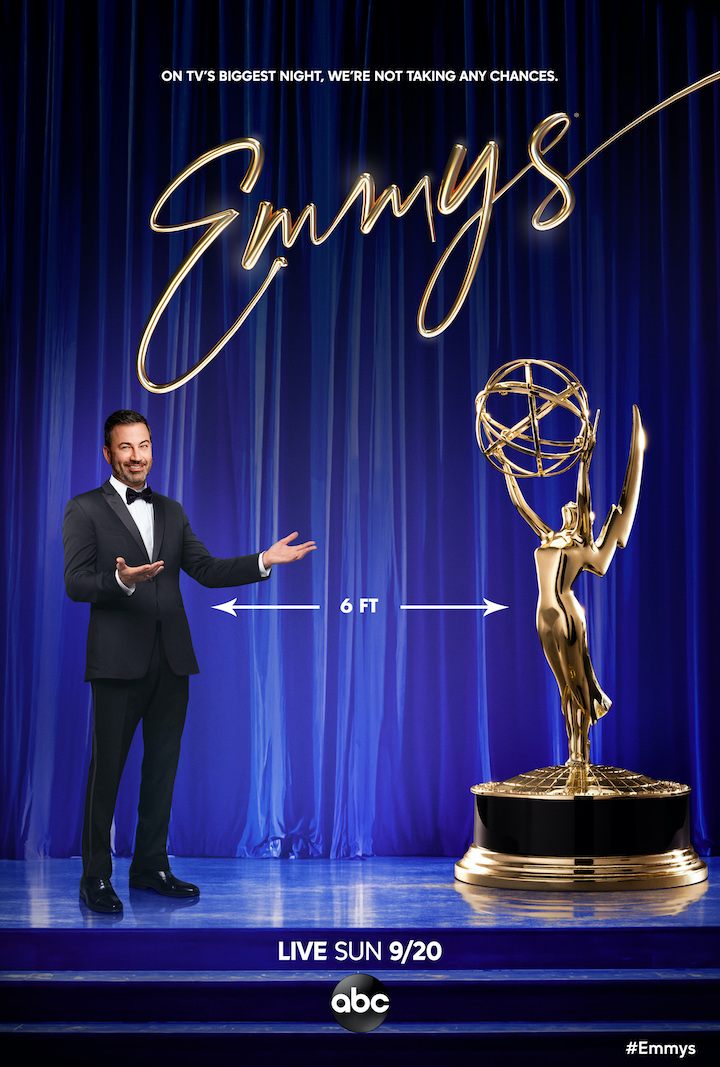 ABC and the Television Academy have partnered to create a virtual media center for the 72nd Emmy Awards. In lieu of the traditional press rooms that have occurred on-site during previous years, credentialed press will be provided the opportunity to connect directly with Emmy winners in a real-time, virtual environment. This will ensure talent may participate from wherever they are in the world.

The virtual media center will continue the practice of opening as soon as the show begins and close approximately one hour post-show to ensure winners who would like to participate are afforded the opportunity to celebrate their wins.

The 72nd Emmy Awards will broadcast Sunday, Sept. 20 (8 p.m. EDT), on ABC. Additional details regarding production of the show will be announced at a later time.