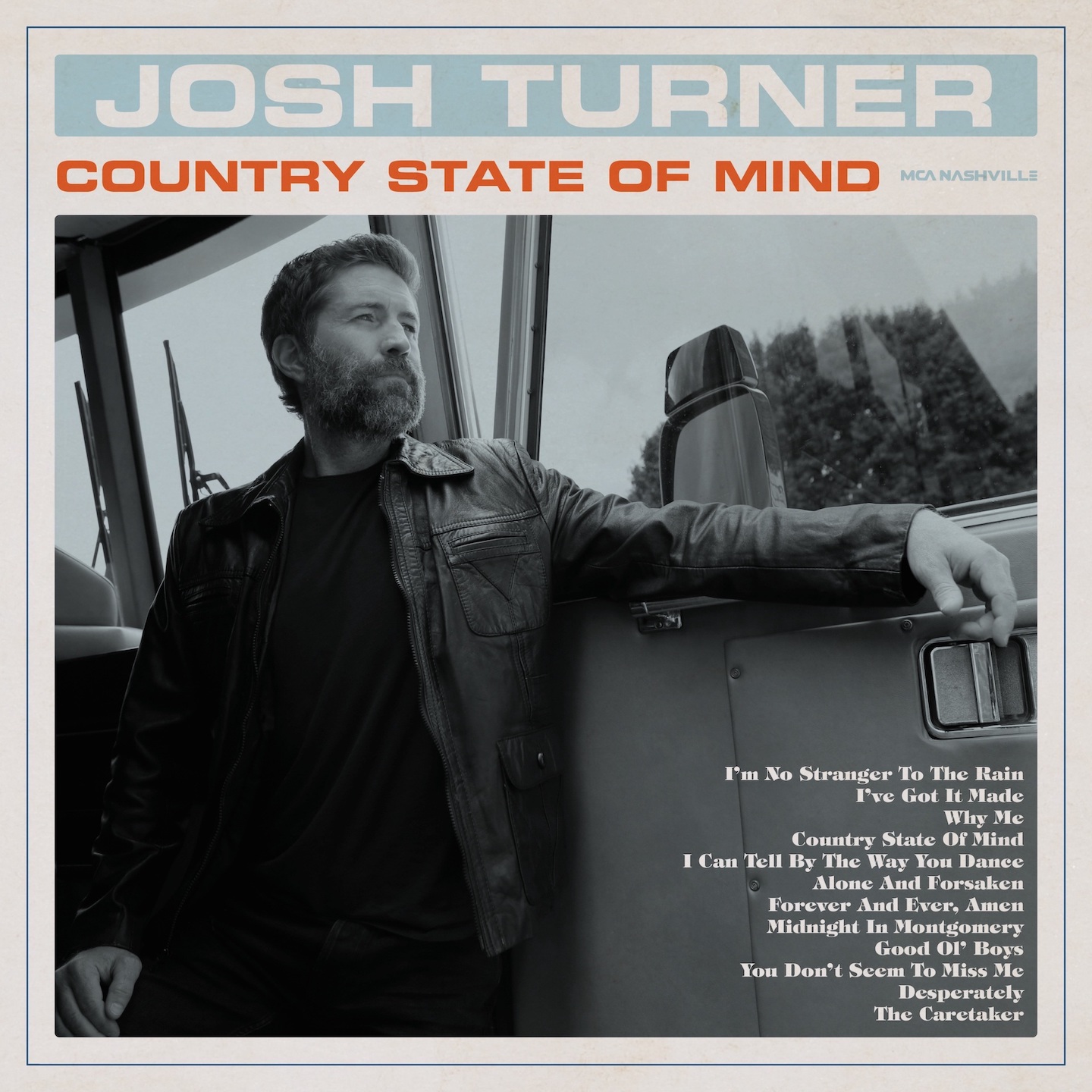 “Country State of Mind” from Josh Turner arrives today. The 12 tracks on the album feature music that is near and dear to Turner, and includes appearances from country legends, plus some of today’s hottest stars.

The idea for the album first started last summer, and was inspired by the old Vern Gosdin song “I Can Tell By The Way You Dance” – a song Turner loves, but said he felt doesn’t get its proper recognition these days. “Country State of Mind” was not only a chance for Turner to record songs from artists on his own personal “Mount Rushmore of Country Music,” but he sees it as a chance to introduce his fans to songs and artists that perhaps they aren’t too familiar with.

Of course, he had the opportunity to test that theory early on after finishing the album with a very specific audience … his kids! Turns out they love the collection, and each have their own personal favorite – which is something Turner said he thinks will translate to his fans, as well.

When looking for songs for the album, Turner combed through tracks that were very important to him personally and professionally, so one song he knew he had to include was Keith Whitley’s “I’m No Stranger To The Rain.” The track, which kicks off the album, is one that Turner said, “I’ve always felt like this was one of those perfectly written country songs,” and still to this day as a writer inspires him when creating his own songs.