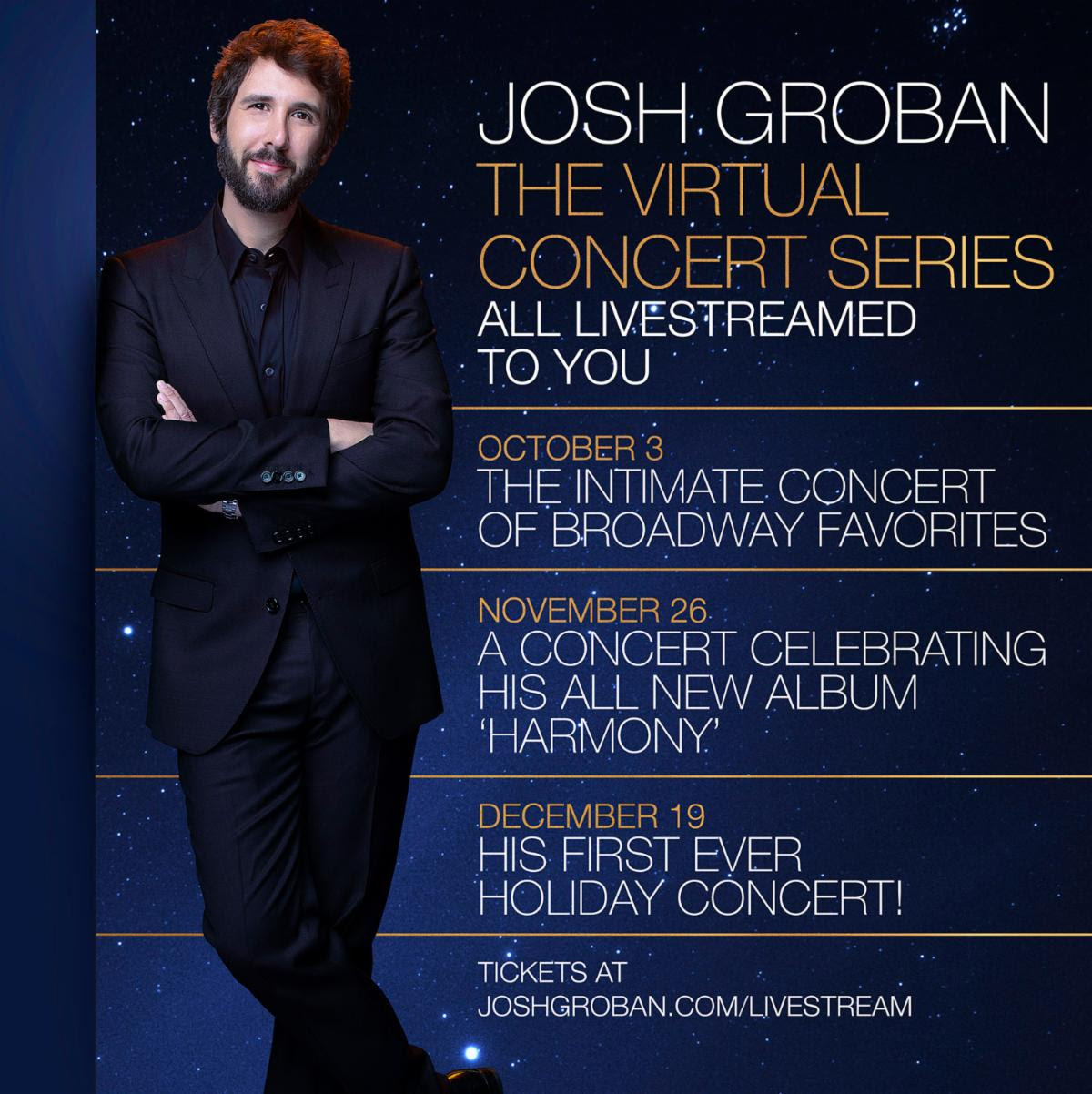 Josh Groban announced he is releasing a brand-new album, “Harmony,” this November.

In addition to the new album, Groban will take fans on a virtual concert "tour" this fall with three new, intimate concerts filmed in-person and live streamed directly to audiences. Watch the full trailer HERE.

In June, Groban did his first livestream concert with high-quality sound and lighting that was streamed to 63 countries around the world.

To kick off the series, he will perform a concert of Broadway favorites at 4 p.m. EDT Oct. 3. Individual tickets start at $25.

In November, Groban will perform a concert celebrating his brand-new album, “Harmony,” which will be released that month. The concert will take place at 4 p.m. Nov. 26, with a second showing that same day at 8 p.m. Individual tickets start at $25.

And on Dec. 19, join Groban for his first ever holiday concert. The concert will air at 4 p.m. Individual tickets start at $30.

For $65, fans can purchase the livestream concert series pass, which includes access to all three livestream concerts and the ability to rewatch each performance after the event for up to 48 hours. There are also VIP packages available at JoshGroban.com/Livestream.

While currently unable to gather together in person, Groban has been connecting with fans from all over the world, online. Fans can also follow the hashtag #showersongs on his social media accounts to see special musical performances from Josh, filmed at home. Watch them HERE.

Recently, Groban was featured on “CBS Sunday Morning,” where he talked to Tracy Smith about dealing with isolation, the postponement of his “Great Big Radio City Show,” learning to cook, singing in the shower, and working on new music. Groban also showcased a brand-new song titled "Your Face." Following the broadcast, he was a guest on CBS Sunday Morning's Facebook Live Chat.