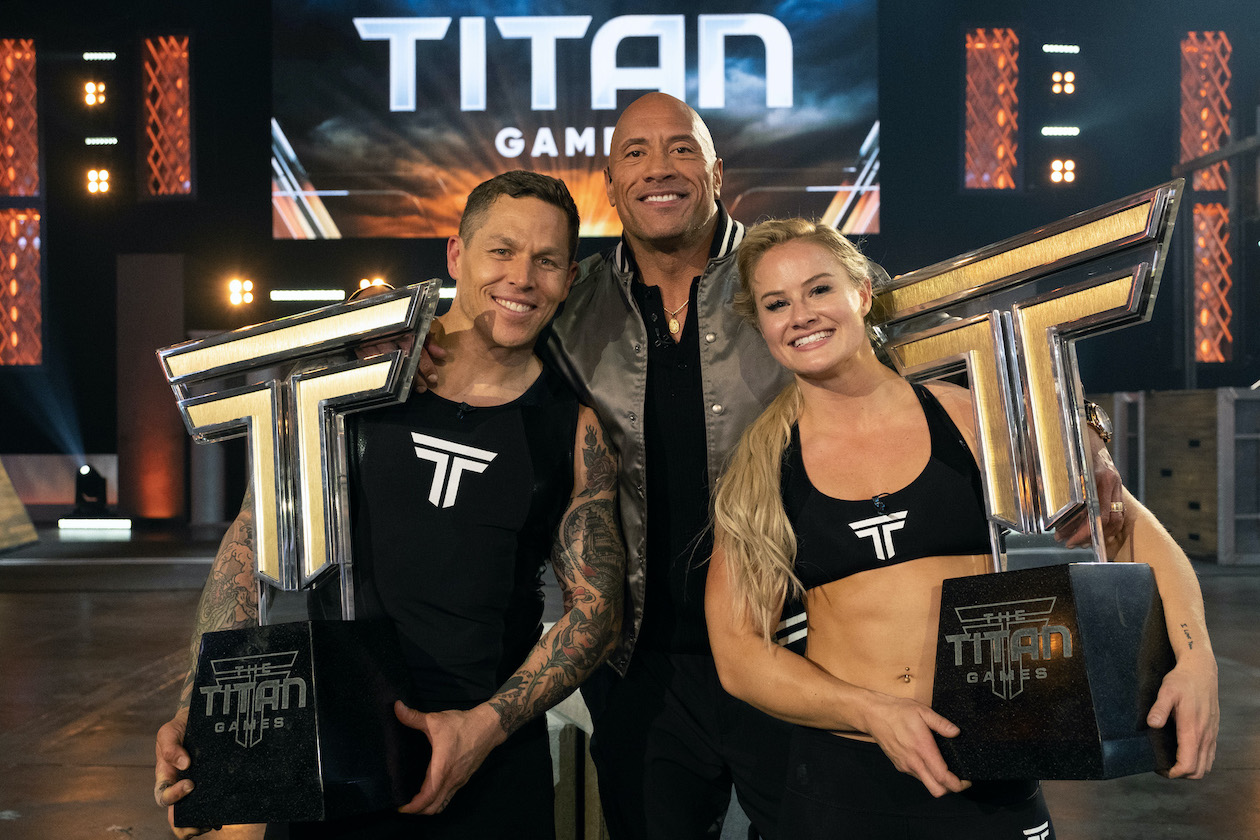 After competing among a field of elite athletes in an unparalleled athletic competition, Matt Chan and Dani Speegle were named “Titan Champions” Monday on NBC’s “The Titan Games.”

The series, hosted and executive produced by Dwayne Johnson, along with executive producers Arthur Smith and Dany Garcia, was inspired by Johnson’s desire to motivate global audiences to reach their potential for greatness.

Throughout this uplifting series, competitors pushed their bodies to the limit by battling opponents in unforgiving head-to-head challenges that tested speed, strength, agility and endurance, as well as mental and emotional fortitude.

“Matt and Dani have showcased exactly what it takes to become a Titan through their hard work, mental toughness and being the hardest workers in the room,” Johnson said. “They have overcome incredible obstacles to make it here today, and their stories have inspired millions across the country during these challenging times. I’m very proud of our athletes and grateful to our audience for making this an incredible season.”

Chan, 42, a hardworking and determined firefighter, entered the competition focused and with one goal in mind, to win. After a major bicycle accident, doctors said he would never walk again, but Chan never gave up and worked even harder to get back into competition shape. Just a year after his accident, Chan started competing in fitness competitions again. He came to “The Titan Games” shortly after and battled his way through the competition. At first he suffered a tough loss on Mt. Olympus to NFL “Iron Man” legend and 10-time Pro-Bowler Joe Thomas, but eventually redeemed himself during the regional championship where he defeated Thomas, claiming his spot as a Titan in the central region.

Speegle, 26, began practicing gymnastics at 3 years old and started competing at 4. She suffered a back injury at 15 that left her unable to compete. After some personal struggles while growing up, Speegle found solace in competitive weightlifting events while in college, which helped shift her life in a new direction. With her strong work ethic and mental toughness, she fought to become one of the top-ranked competitors in the country. She brought that level of focus to “The Titan Games,” where she battled her way to become the central region Titan, securing a spot in the Titan Championship.

This season, “The Titan Games” has run undefeated in its Monday 8-9 p.m. timeslot versus competition on the “Big 4” networks in adults 18-49, and has been Monday’s No. 1 “Big 4” telecast every night it aired this season (in “live plus same day” Nielsens, including two ties). The series has averaged a 0.9 rating in adults 18-49 and 4.3 million viewers overall in “live plus seven day” results, and its season premiere has grown to a 1.7 in 18-49 and 5.5 million viewers with delayed viewing recorded to date.