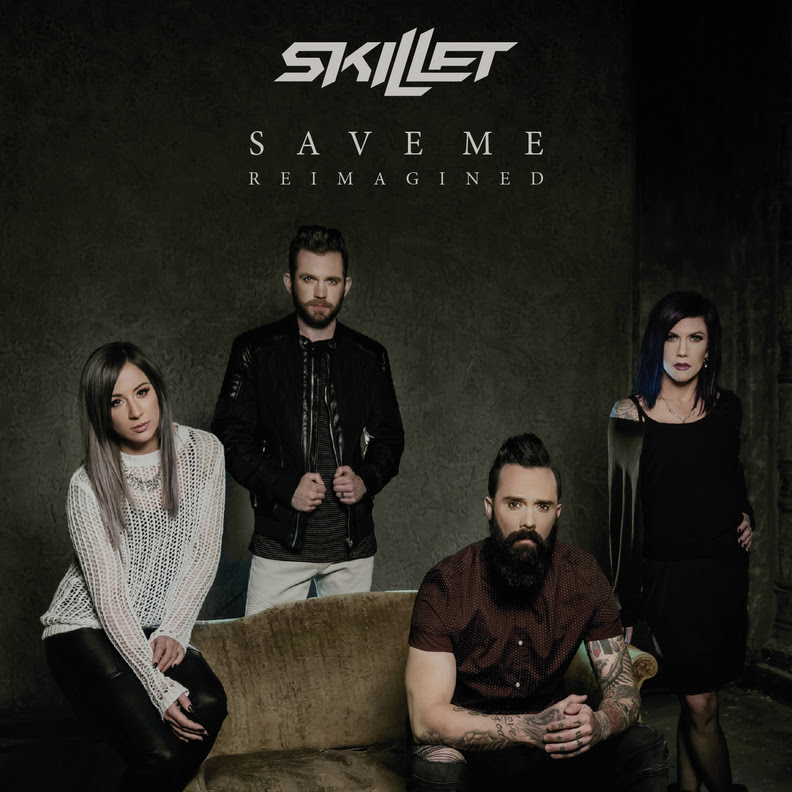 Skillet releases 'Save Me - Reimagined' produced by Korey Cooper

Multi-Platinum-selling rock band Skillet recently released "Save Me – Reimagined," a new version of the latest rock single. The track was produced by the band's own Korey Cooper and is now available on all DSPs.

"I am so proud of my wife, Korey, for this amazing version of 'Save Me,' " commented John Cooper. "It is haunting and powerful. She never ceases to amaze me."

In addition to a new version of the song, "Save Me" also has its own video game, which the band launched in May. In the game, each of the bandmembers (John, Korey, Jen and Seth) are characters fans can select and play as. Once a character is selected, the characters run through a maze where players are meant to avoid various aspects seen in the "Save Me" music video: the hand (callout to John’s scene), water/poison (callout to Jen’s scene), and fire (callout to John’s scene/smoking hands burning his eyes), which will be floating around chasing them; similar to the ghosts in “Pac Man.” Skillet premiered the music video for "Save Me" on their YouTube channel, and hosted a Q&A with over 10,000 fans. The video had garnered nearly 3.5 million views.

In addition, The Free Speech Center at Middle Tennessee State University recently launched a nationwide awareness effort the “1 for All” campaign, sharing what it called a need nationwide for Americans to know, and practice, First Amendment rights to free speech, a free press, peaceable assembly, religion and petitioning the government.

The campaign has rallied some star-studded support to get out the word across the country, including Skillet's John Cooper, who said, "I am grateful for the unalienable right to be able to worship God in a free country without fear of government intrusion. The First Amendment makes that possible." 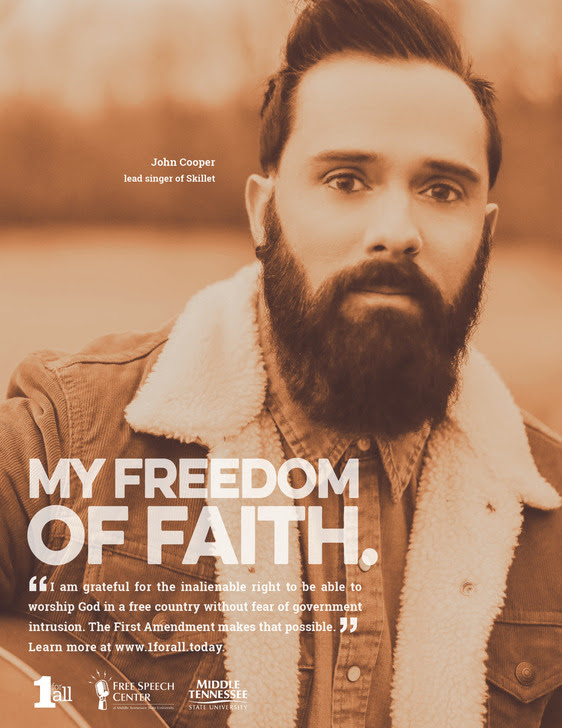 Surveys by the Freedom Forum First Amendment Center indicate one-third of Americans can't name a single freedom in the First Amendment and a vast majority have very little understanding of these liberties. To remedy that, the campaign ads direct members of the public to http://1forall.today, where they can learn more about the First Amendment, including tips on how to help preserve and protect these essential freedoms.

By 2019, they not only garnered a pair of Grammy Award nods and sold over 12 million albums worldwide, but they also took home a Billboard Music Award for the double-Platinum “Awake.” Its breakout single, “Monster,” remains “one of the most-streamed rock songs of all-time,” with over 3 Billion global audio streams. 2016’s “Unleashed” bowed at No. 3 on the Billboard Top 200. Going No. 1 on rock radio, the lead single “Feel Invincible” cracked 150 million global audio streams and went platinum. Meanwhile, the Gold-certified “Unleashed” became their fourth consecutive album to receive either a Gold, Platinum or double-Platinum status. To date, nine original tunes earned RIAA recognition in tandem with high-profile syncs by everyone from WWE and Marvel to ESPN and NFL. In 2018 alone, the band clocked 1 billion streams.