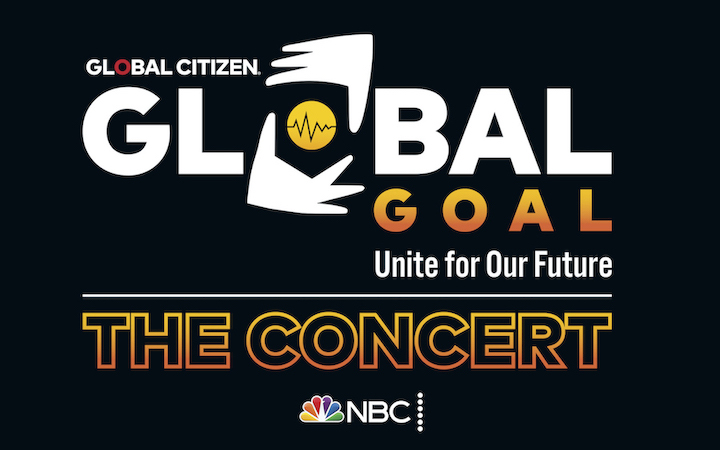 NBC to air 'Global Goal: Unite for Our Future - The Concert'

Hosted by Dwayne Johnson of “The Titan Games,” NBC will air the two-hour special “Global Goal: Unite for Our Future — The Concert” on Saturday, June 27 (8 p.m. ET/PT).

The telecast, from Global Citizen and the European Commission, will highlight the disproportionate impact COVID-19 has on marginalized communities, including people of color, those living in extreme poverty and others facing discrimination.

“Global Citizens around the world are calling for systemic change, change that brings about justice for everyone, everywhere, regardless of where they were born or the color of their skin. If we are to end COVID-19 for all, we need our world leaders to commit the billions of dollars needed to equitably deliver testing, treatments and vaccines,” said Hugh Evans, co-founder and CEO, Global Citizen. “‘Global Goal: Unite For Our Future — The Concert’ will bring the centuries-old concept of music as a motivator for change and unity, together with science and data, to honor the problem solvers – including doctors, scientists, lab workers, essential workers and human rights advocates – who are racing to not only create the cure for COVID-19, but also to ensure that it’s available for everyone who needs it.”

Companies including Citi, Procter & Gamble, SAP, Verizon and Vodafone have also joined the “Global Goal: Unite for Our Future” campaign. These companies are making new financial pledges to end COVID-19 for all, including support for the development and equitable distribution of tests, treatments and vaccines.

The “Global Goal: Unite for Our Future” campaign was launched last month under the patronage of European Commission President Ursula von der Leyen. The campaign, also supported by Bloomberg Philanthropies, Bill & Melinda Gates Foundation and the Wellcome Trust, focuses on addressing the pandemic’s impact on the most vulnerable and seeks to build back communities and economies with freedom and justice for all.

“Global Goal: Unite for Our Future — The Concert” will air on broadcasters across the globe, including NBC News NOW, ARD, Canal+ Group and RTVE in Europe; Bell Media, CBC, Citytv and Global TV in Canada; NBC and iHeartMedia in the U.S.; Grupo Globo in Brazil; MultiChoice Group and SABC in Africa; Fuji TV and Star India in Asia; and Channel Nine in Australia. The concert will also be streamed on global platforms including Apple, Brut, Roku, Insight TV, TIDAL, Twitch, Twitter, Yahoo! and YouTube. Additional broadcasters include BARÇA TV, Bloomberg Television, Fundación Azteca, Mediacorp, MSNBC, MTV, SiriusXM, Sony Channel Latin America and Turner Latin America. “Global Goal: Unite for Our Future — The Concert” will be produced by Hamish Hamilton and Done + Dusted.

For more information about Global Citizen and the campaign to support COVID-19 tests, treatments and vaccines, visit globalcitizen.org or follow @GlblCtzn Twitter, Facebook and Instagram using #GlobalCitizen. Visit http://globalgoalunite.org to learn more about “Global Goal: Unite for Our Future.”