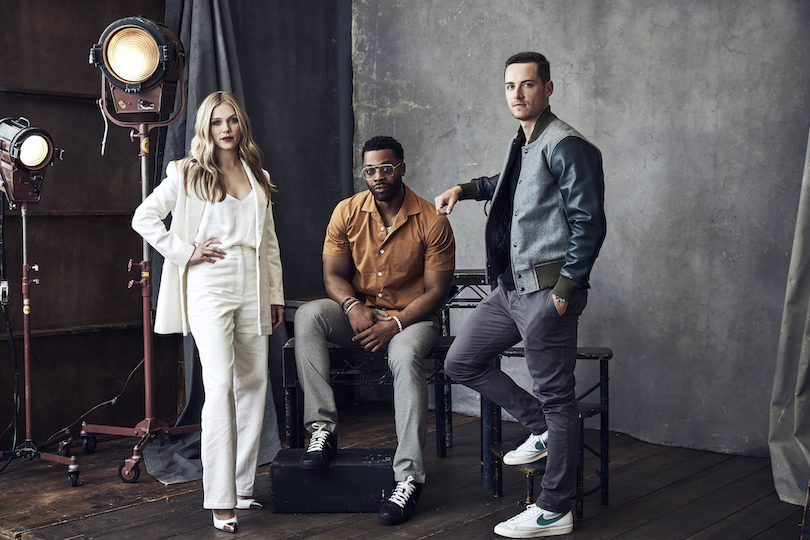 Tuesday: Dynamic lineup stays strong with “The Voice” setting the stage for the fifth season of TV’s No. 1 drama “This Is Us,” leading into timeslot winner “New Amsterdam” at 10 p.m.

Friday: “The Blacklist” returns for its eighth season at 8 p.m., followed by two hours of Friday’s No. 1 newsmagazine, “Dateline NBC.”

Heading into the 2020-21 season, NBC unveils a fall lineup capitalizing on strong incumbency and momentum following a number of multi-year pickups for stalwart shows, including “New Amsterdam,” “Chicago Fire,” “Chicago Med,” “Chicago P.D.” “Law & Order: SVU” and “This Is Us.” Featuring gripping dramas that include “Manifest,” fan-favorite comedies “Superstore” and “Brooklyn Nine-Nine” and unrivaled alternative programming, including the return of coaches Kelly Clarkson, John Legend, Blake Shelton and Gwen Stefani and host Carson Daly on “The Voice,” the network’s fall schedule sees 16 returning shows, and one new drama with “Law & Order: Organized Crime.”

“Thanks to the ingenuity of our creative teams and our partner studios, NBC has assembled a remarkably stable schedule at a time when stability is called for,” said Paul Telegdy, chairman of NBC Entertainment. “With the reopening of the Universal lot for select productions this week, we are confident that our schedule will premiere intact later this fall. We design shows for longevity and this schedule remains a powerful propulsive force for shows to start here and carry on entertaining across generations.”

Telegdy continued, “Our brand has always championed positive programming, and the events of this year have allowed us the time to take pause, examine our business with a new lens and take some immediate action. Since many of our writers’ rooms have not yet opened, we are taking this opportunity to offer all of this season’s showrunners the chance to enrich their team with an additional diverse writer at any level. It is not the solution by any means, but it is something we can do right now to take a positive step.”

The network will continue to work with NBCUniversal and studio partners on a long-term plan to increase diversity and inclusion in all aspects of our business. In the meantime, NBC will work to increase the overall percentage of diverse talent in this year’s writers’ rooms by funding an additional writer for every scripted show in the 2020-21 season.

For the third consecutive year, each returning show will also participate in the network’s “Female Forward,” emerging director program or alternative directors program, all of which provide opportunities for women and ethnically diverse directors in the scripted and unscripted space. While production guidelines due to COVID-19 may impact the programs slightly, the intent of all the above programs remains to provide participants with an in-season episode to direct.

The fall schedule launches a new spin-off with “Law & Order: Organized Crime.” The drama features Christopher Meloni reprising his beloved “Law & Order: SVU” role as Elliot Stabler, who returns to the NYPD to battle organized crime after a devastating personal loss. However, the city and police department have changed dramatically in the decade he’s been away, and he must adapt to a criminal justice system in the midst of its own moment of reckoning. Throughout the series, audiences will follow Stabler’s journey to find absolution and rebuild his life, while leading a new elite task force that is taking apart the city’s most powerful criminal syndicates one by one.

The pace doesn’t slow as the season continues with several high-profile debuts pairing with huge returning hits to keep the network’s year-round momentum in full swing. Star-studded comedy premieres include “Kenan,” starring Kenan Thompson as a recently widowed host of Atlanta’s No. 2 morning show who struggles to balance his job and his young daughters; Tina Fey and Robert Carlock’s “Mr. Mayor” stars Ted Danson as a wealthy businessman who runs for mayor of Los Angeles for all the wrong reasons; and producer and star Dwayne Johnson is set for “Young Rock” from Nahnatchka Khan (“Fresh Off the Boat”), in a series focusing on and inspired by the formative years of the global superstar. Fans will rejoice at the return of two favorite series as Jane Levy and the gang are back for season two of “Zoey’s Extraordinary Playlist,” and the ladies of “Good Girls” are set for season four.

NBC ordered 12 scripted pilots in its last development cycle, with decisions yet to be made due to delayed production schedules.

Both returning alternative hits and new series will also arrive to conquer midseason, led by the fourth season of the Ellen DeGeneres smash “Ellen’s Game of Games.” Joining Ellen in primetime as a master of ceremonies is Jimmy Fallon, who will executive produce and host “That’s My Jam,” a new comedy variety event series inspired by the wildly popular, celebrity-fueled musical segments made famous on “The Tonight Show Starring Jimmy Fallon.” The laughs continue with “True Story,” starring Ed Helms and Randall Park as hosts of a hybrid alternative-scripted series in which everyday Americans sit down to share their most extraordinary and unbelievably true stories for the first time. In the case of “Small Fortune,” big series can certainly come in small packages, especially in this game show where teams of friends and family take on tiny games to win huge money.

NBC tied for No. 1 for the 2019-20 September-to-May primetime season in the key adult 18-49 demographic excluding sports, and is No. 1 outright in scripted programming. The network’s schedule is led by television’s No. 1 series, “NBC Sunday Night Football”; the No. 1 scripted series in 18-49, “This Is Us”; television’s perennial No. 1 most-watched summer series, “America’s Got Talent”; and Wednesday’s “Chicago” dramas, all three of which rank among the top 10 dramas on television in 18-49 and total viewers.

Additional previously announced new series include “Kenan,” “Mr. Mayor,” “Small Fortune,” “That’s My Jam” “Transplant,” “True Story,” “Who Do You Think You Are?,” and “Young Rock.”