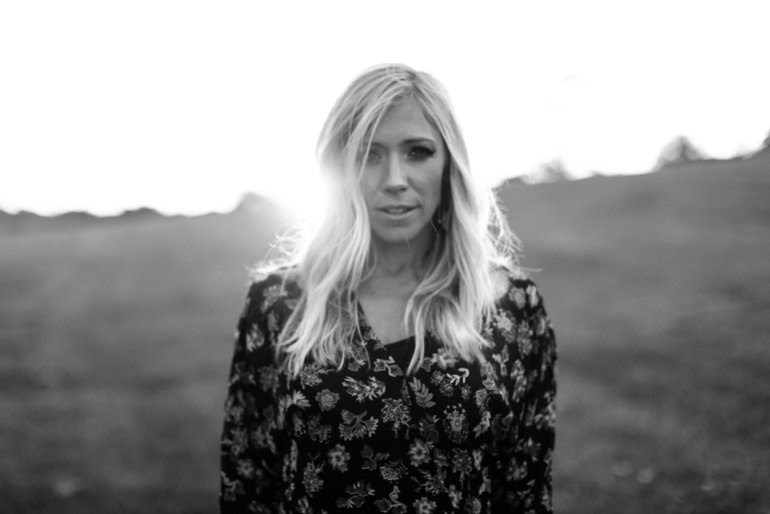 Dove-award winning singer/songwriter Ellie Holcomb released a new song, "Constellations." This is the first song she's released (other than her two children EPs) since her sophomore album, “Red Sea Road,” in 2017.

"I wrote this song with David Leonard and Jon Guerra, and while we were together, we got into this conversation about how each of us have walked through dark nights of the soul," Holcomb said about the new song. "I've walked through that personally, and I've walked through that in community, and I think collectively, as a country and as a globe, we are in a really hard season of collective grief and suffering. I was planning to put this song out on my new record that I'm working on, but it just feels like the time for this song is right now."

Due to the current pandemic and not being able to go into the studio, Holcomb is releasing the song that features the recording of her vocals captured on the first take during the writing session.

"This is probably the most raw song I've ever written, and the vocal that's on the recording is actually the vocal I recorded the first time I ever sang the song," she said. "This song is for the moments when you want to shake your first at the sky because this life hurts. It breaks. It ends. It confounds us, and it confuses us. It makes sense to me that this earth is not our home. But while we're in this chaos, desert valley, dust place, there is an echo from somewhere else that reminds us that we are not alone. That is my hope for this song."

Earlier this year, Holcomb released her second children's book, “Don't Forget To Remember” (B&H Kids), and accompanying EP, “Sing: Remembering Songs.” Her book debuted as the No. 1 book on the Amazon Children's Christian Values chart. These children's products followed her 2018 releases, “Who Sang the First Song?” (B&H Publishing Group), which spent several months on the Evangelical Christian Publishers Association (ECPA) juvenile bestseller list and was a finalist for Christian Book of the Year in the children’s category; and her debut children's EP, “Sing: Creation Songs,” which was nominated for a 2019 Dove Award for Children's Project of the Year.

During the quarantine season, Holcomb and her musician husband, Drew Holcomb (of Drew Holcomb & The Neighbors) have creatively invited fans into their home multiple nights each week for "Kitchen Covers," where they perform a cover song. The response has been so favorable, the couple is releasing limited vinyl recordings of these songs on three different volumes.

Holcomb is continuing to work on new music.

The Nashville native began her musical career by touring the country Drew Holcomb and The Neighbors. After eight years, and with the birth of their daughter, Ellie opted to step out of the role of heavy touring. From that space came her debut solo album, “As Sure As The Sun,” which charted at No. 1 on the iTunes Christian chart and helped deem Holcomb the “Best New Artist” at the 2014 Dove Awards.

In 2017, she released “Red Sea Road” (Full Heart Music), which debuted at No. 3 on the Billboard Christian album sales chart and on the top current album sales, overall chart. In 2018, she became a best-selling author with the release of “Who Sang the First Song?” and Dove-nominated EP “Sing: Creation Songs.” She followed-up those projects with “Don't Forget To Remember” and accompanying EP “Sing: Remembering Songs.”

Holcomb is Capitol Christian Music Publishing songwriter and has numerous song credits to her name, including all of her own songs ("The Broken Beautiful," "He Will," "Find You Here"), along with "Christmas For You and Me" (Amy Grant), "Everything Is Mine In You" (Christy Nockels), "Hung The Moon" (Drew Holcomb and The Neighbors), “Let The Light In” (Francesca Battistelli), “I’m Gonna Let It Go” and “New Song” (Jason Gray).