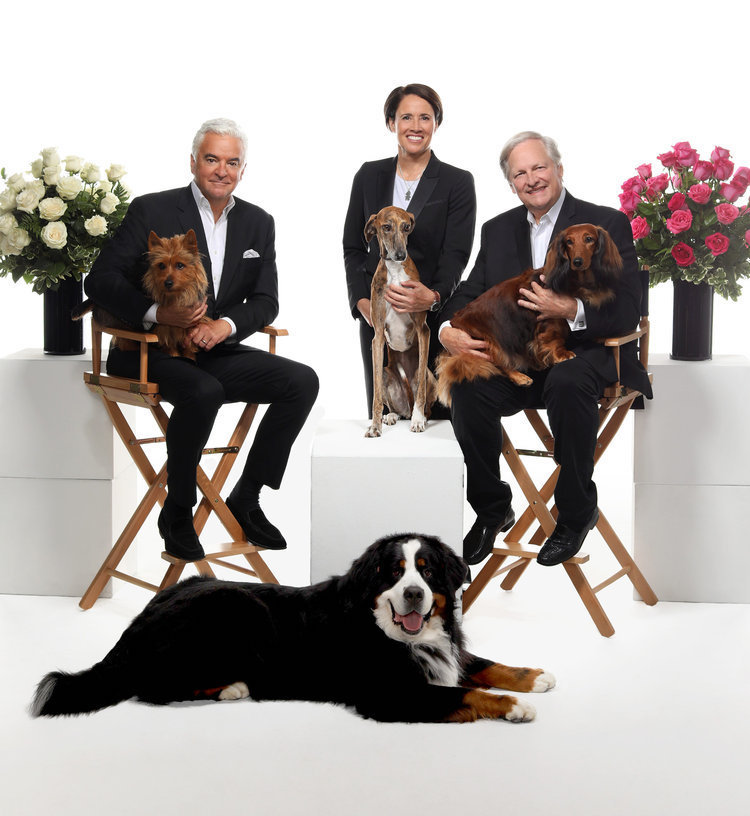 Combining the star power of both Hollywood and the canine world, NBC is set to air the fourth annual “Beverly Hills Dog Show Presented by Purina” on Sunday, April 5 (12:30-2:30 p.m. ET).

“We all love our dogs, of course,” Frei said. “We invite fans to celebrate these four-legged stars with us at the Beverly Hills Dog Show where they can cheer their favorites. After it’s over, hug your own dog and remind them they’re always Best in Show.”

Two newly AKC-sanctioned breeds will compete to be top dog this year. The Barbet (sporting group) is a water dog from France with a long, sweeping tail, a dense coat of curly hair and a distinctive beard. He’s an agile athlete with a bright, friendly nature. The Dogo Argentino (working group) is a strong and intelligent hunting dog from Argentina, originally bred to hunt big game such as boar and mountain lion. He has a short white coat and expressive face.

Hosted by the Kennel Club of Beverly Hills and produced by NBC Sports, “The Beverly Hills Dog Show Presented by Purina” is a new breed of dog show and must-see viewing for the whole family. Before more than 1,500 dogs representing 200 eligible breeds and varieties face off for the coveted Best in Show title, the canine competitors will mingle with celebrity guests and strut their stuff on the red carpet. For the main event, each group winner will walk the show’s unique runway for the Best in Show judge to determine which dog has what it takes to be champion.

Last year, a 3-year-old Havanese named Bono was crowned Best in Show. The little canine from the Toy group is the most winning Havanese in the breed’s history, with over 90 Best in Show titles. Previous Beverly Hills Dog Show winners include 2018’s King, a Wire Fox Terrier, and 2017’s Ripcord, a Doberman Pinscher.