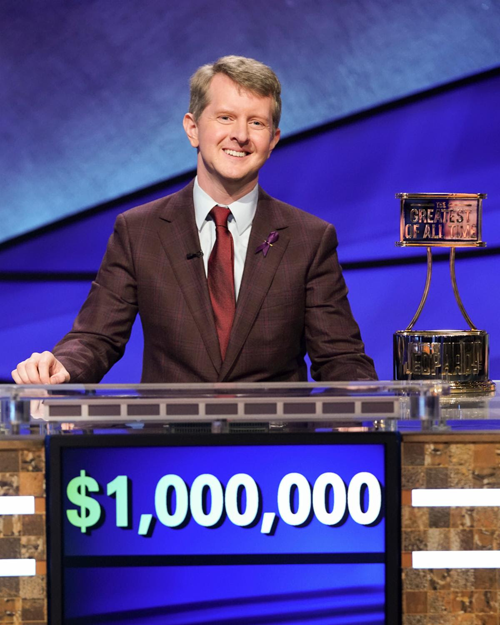 Ken Jennings. Who is 'Jeopardy! Greatest of All Time'?

Question: Who is Ken Jennings?

With a “Final Jeopardy!” category titled “Shakespeare’s Tragedies” during match four, Ken Jennings was the only contestant to answer correctly: “Who is Iago”? With the winning answer, Jennings was crowned the champion of ABC’s “Jeopardy! Greatest of All Time” Tuesday on ABC.

The multi-consecutive night event on ABC premiered Tuesday, Jan. 7. Hosted by Alex Trebek, the epic television event brought together the three highest money winners in the long-running game show’s history – Jennings, Brad Rutter and James Holzhauer – to compete in a series of matches and a grand prize of $1 million and the title of “Jeopardy! The Greatest of All Time.”