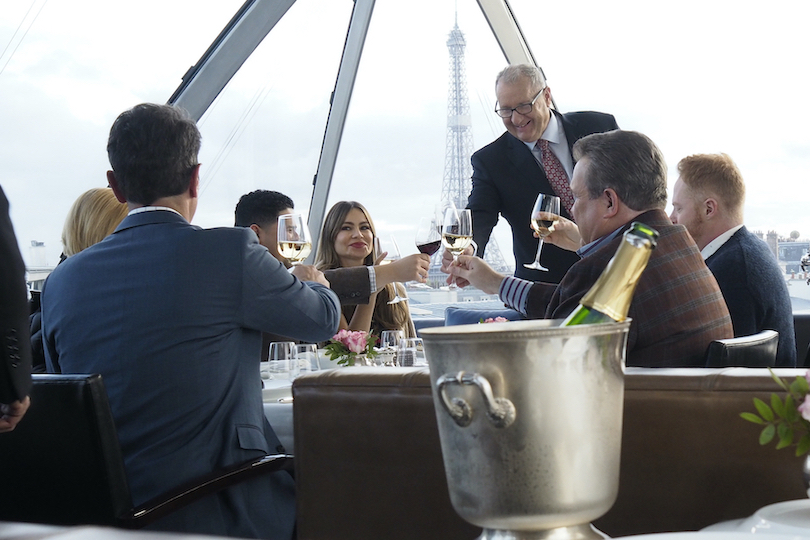 The "Modern Family" family is headed to "Paris" on Wednesday, Feb. 12. (ABC photo by Bruno Calvo)

Je t'aime Paris!: Jay & family head to the city of love for one last family trip on ABC's 'Modern Family'

Over the last 11 seasons, the Pritchett-Dunphy-Tucker clan has traveled the globe, making hilarious memories wherever they went – from Hawaii, Australia, Wyoming and Disneyland to Las Vegas, Lake Tahoe and New York.

In one last family trip, they head to Paris so Jay can accept a lifetime achievement award for his work in the closet industry. However, his old nemesis, Earl Chambers, finds a way to haunt him. Meanwhile, Claire has a secret rendezvous in one of the most romantic cities in the world, and Cam’s lifelong dream of performing as Fizbo on the streets of Paris is about to become a reality on an all-new episode of “Modern Family,” titled “Paris,” Wednesday, Feb. 12 (9-9:31 p.m. EST), on ABC. Episodes can also be viewed the next day on ABC.com, the ABC app and Hulu.