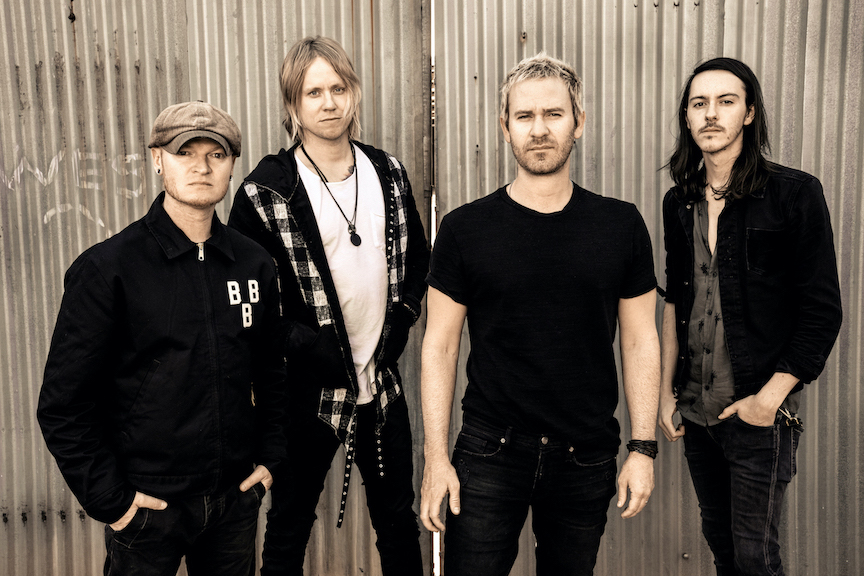 Hitting the Fallsview stage Feb. 13, alternative rock band Lifehouse will entertain audience members with their infectious, upbeat songs and emotionally charged ballads. For one night only, they will perform their hits, including “Hanging by a Moment,” “Hurricane,” “You and Me,” “Broken” and “Whatever it Takes.”

Up next, on March 7, is “An Evening You Can't Refuse with Gianni Russo.” Remembered for his portrayal of Carlo Rizzi in “The Godfather,” the actor’s career has spanned more than 40 films, including “The Freshman,” “Rush Hour,” “Any Given Sunday” and “Sea Biscuit.” For one night only, Gianni will inspire audience members through his singing and storytelling.

On March 23-24, “Tony Orlando in Concert” promises to be an evening of energy, warmth and humor. From starring on popular sitcoms and having multiple hits and millions of record sales, Orlando has amassed a series of popular songs, including “Tie a Yellow Ribbon 'Round The Ole Oak Tree,” “Candida” and “He Don't Love You (Like I Love You).”

Closing the month off on a funny note is “Kathleen Madigan: 8 O'Clock Happy Hour Tour.” Performing on a bevy of interview shows, including Jerry Seinfeld's “Comedians in Cars Getting Coffee,” Madigan is known for her wit, charisma and timing.

"We have such a unique and amazing lineup of entertainers coming to Fallsview," said Cathy Price, vice president of marketing at Niagara Casinos. "From listening to Gianni Russo tell his life story, to laughing hysterically with Kathleen Madigan and reliving the life and music of Ricky Nelson as told by his sons, these are shows you don't want to miss."

Tickets to “Kathleen Madigan: 8 O'Clock Happy Hour Tour” are available online now at Ticketmaster. Lifehouse and all other March show tickets will be available starting at noon Friday, Dec. 13, at the Fallsview Casino box office and online at Ticketmaster (www.ticketmaster.ca). 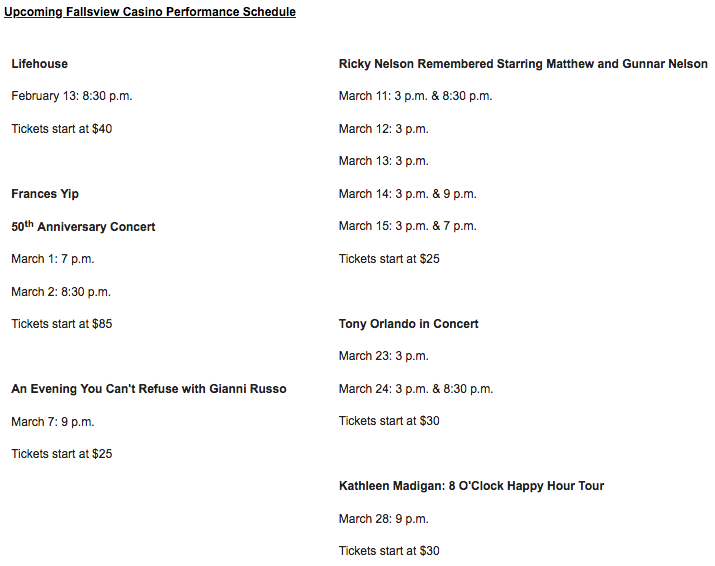