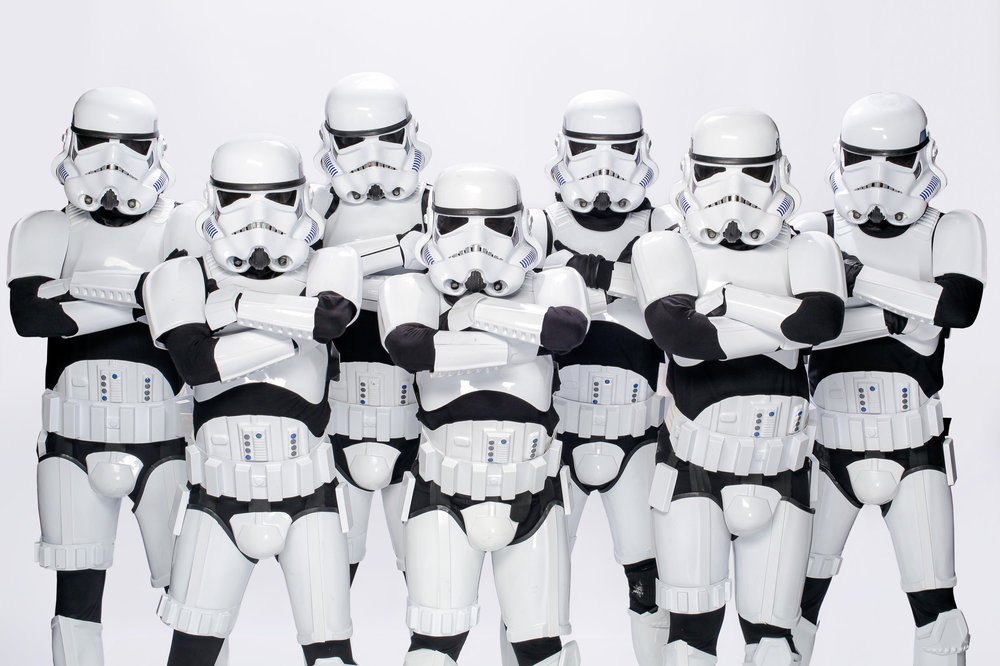 NBC has announced 40 world-renowned, superstar acts who will compete on the second season of “America’s Got Talent: The Champions,” premiering Monday, Jan. 6, 2020 (8-10 p.m. ET/PT).

The first season of “America’s Got Talent: The Champions” brought together the world’s most talented, memorable and all-around fan-favorite acts from past seasons of “AGT” and from the other “Got Talent” franchises around the globe. These all-star acts, which included former winners and finalists, came together to share their artistry and compete against one another in the ultimate celebration of worldwide creativity and talent.

The 40 acts who will compete on season two of “America’s Got Talent: The Champions”:

Alexa Lauenburger – Dog Act – “Das Supertalent” 2017 – Winner/“Britain’s Got Talent: The Champions” 2019 – Finalist: Eleven-year-old Alexa Lauenburger’s passion for animals developed at a very young age. Following in her father’s footsteps training dogs, Alexa secretly worked with the dogs and surprised her family with a dog show at the age of 7. Alexa won “Das Supertalent” in 2017 and her life changed in that moment. She also participated in “Britain’s Got Talent: The Champions” in 2019 and received the Golden Buzzer from Ant and Dec.

Angelina Jordan – Singer – “Norway’s Got Talent” 2014 – Winner: At 7, singer Angelina Jordan was crowned the winner of “Norway’s Got Talent,” performing Billie Holiday’s “Gloomy Sunday.” Angelina’s videos have received more than 300 million views on YouTube and more than 1 billion views on Facebook. Angelina has performed for Nobel Peace Prize Laureates and raised over 21 million euros for children in need. One of her most memorable performances was performing with the legendary Quincy Jones in London in 2018.

Bars & Melody – Singing Duo – “Britain’s Got Talent” 2014 – Finalist: British pop duo Bars and Melody (BAM), comprised of rapper Leondre Devries and singer Charlie Lenehan, first appeared on “Britain’s Got Talent” in 2014 where they received the Golden Buzzer from Simon. They ultimately finished in third place, and in 2015 released their debut studio album, which debuted at No. 4 in the UK.

Ben Blaque – Danger Act – “Britain’s Got Talent” 2016 – Semifinalist: Crossbow sharpshooter Ben Blaque made it to the semifinals on “Britain’s Got Talent” in 2016. Ben has performed his crossbow act on live TV in multiple countries, including Indonesia and France, and has performed with international variety shows in Colombia, Germany and New Orleans.

Brian King Joseph – Violinist – “America’s Got Talent” 2018 – Finalist: Brian King Joseph is a world-class violinist who appeared on “America’s Got Talent” season 13, where his explosive renditions of popular music on his electric violin wowed both the judges and audience, taking him all the way to the finals. Brian does all of this while battling an incurable and painful condition called neuropathy, a progressive disease that takes away the feeling from his hands and feet and will eventually spread to the rest of his body.

Christian and Percy – Hand Balancer/Dog Act – “America’s Got Talent” 2014 – Finalist: Christian Stoinev was a finalist on season nine of “America’s Got Talent” with his canine partner, Scooby. Christian and Scooby wowed audiences with their variety of performances that showcased Christian’s strength and precision hand balancing, and Scooby’s unique acrobatics and charisma that people fell in love with. Christian continues to wow audiences with another dog and partner, Percy.

Collabro – Singing Group – “Britain’s Got Talent” 2014 – Winner: Winners of the eighth season of “Britain’s Got Talent,” Collabro have become one of the world’s most successful musical theater boy bands. Since winning the show, they have released four albums, selling over a million records worldwide and have toured throughout the U.K., Japan, Canada, Europe and U.S. As their prize for winning the show, Collabro performed in front of HRH Prince William and the Duchess of Cambridge.

Dania Díaz – Magician – “Spain’s Got Talent” 2018 – Finalist: Dania Díaz is a female magician born and raised in Venezuela. After moving to Spain, her perseverance and talent led her to win multiple magic awards, including a national magic award in Spain and the Latin American Award of Magic. In 2018, she appeared on “Spain’s Got Talent,” where she received a double Golden Buzzer and made it to the finals.

Duo Destiny – Hand to Hand Duo – “Poland’s Got Talent” 2018 – Winner: Duo Destiny, Kinga Grzeskow (Poland) and Goncalo Roque (Portugal), are world-class gymnasts and world and European champions in acrobatic sports. They met and created Duo Destiny in 2015 and have since been working on various shows all around the world. In 2018, they participated and won “Poland’s Got Talent.”

Freckled Sky – Projection/Dance Group – “America’s Got Talent” 2015 – Quarterfinalist: Freckled Sky is a team of innovators and dreamers dedicated to the design and creation of interactive multimedia shows. Blending projection, lighting, interactive solutions and special effects, they tell stories and bring immersive experiences to the audience. Freckled Sky participated in season 10 of “America’s Got Talent” where they received the Golden Buzzer. Since then, they have created multimedia performances for P!nk, James Arthur, Paula Abdul and Lil Yachty.

Hans – Singer/Dancer/Musician – “America’s Got Talent” 2018 – Quarterfinalist: An international superstar, accordionist and Berlin boy wonder, Hans has been thrilling audiences around the globe with his own fabulous brand of critically acclaimed cabaret for over a decade, performing for everyone from prime ministers to princesses, taking him all around Australia and across Europe and the UK. In 2018 Hans came to the U.S. to appear on season 13 of “America’s Got Talent.”

Jack Vidgen – Singer – “Australia’s Got Talent” 2011 – Winner: Jack Vidgen won “Australia’s Got Talent” at just 14 years old, had chart-topping songs, moved to America to chase his dreams and was the face of some of the biggest brands in the world. Jack then spent five years off the stage where he found himself away from his music, working outside of the entertainment industry in nursing homes and coffee shops.

JJ Pantano – Comedian – “Australia’s Got Talent 2019” – Semifinalist: JJ Pantano is a 7-year-old comedian and actor who is already making waves in the entertainment industry. His performance on “Australia’s Got Talent” earned him a Golden Buzzer taking him straight through to the semifinals, winning over the hearts of a nation. Following his appearance on “Australia's Got Talent,” JJ has appeared on numerous TV shows, radio shows, television commercials and short films.

Luke Islam – Singer – “America’s Got Talent” 2019 – Semifinalist: Luke Islam’s viral performance of “She Used to Be Mine” earned him Julianne Hough’s Golden Buzzer during season 14 “America’s Got Talent.” Before appearing on “AGT,” Luke sang at a performance of “Waitress” where he brought the house down with his impromptu rendition of “She Used to Be Mine.” Luke has since graced that same Broadway stage where he had the honor of singing with the show’s composer, Sarah Bareilles, and actress Shoshana Bean.

Marcelito Pomoy – Singer – “Pilipinas Got Talent” 2011 – Winner: Marcelito “Mars” Pomoy is a Filipino singer known for his ability to sing in both tenor and soprano and switch instantly from one to the other. He was the winner of the second season of “Pilipinas Got Talent.” In 2018, he appeared on “The Ellen DeGeneres Show” where he wowed the audience and received a standing ovation for his rendition of “Beauty and the Beast.”

Moses Concas – Harmonicist/Beat Boxer – “Italia’s Got Talent” 2016 – Winner: Unaware that a friend had signed him up for “Italia’s Got Talent” in 2016, harmonica beat-boxer Moses Concas was crowned the winner. At 22, Moses began playing the harmonica that his grandmother had given him at an early age. After performing in London as a street artist, Moses began participating at several European Busker Festivals.

Puddles Pity Party – Singer – “America’s Got Talent” 2017 – Quarterfinalist: The “Sad Clown with the Golden Voice” captured the hearts of “America’s Got Talent” season 12 viewers with his melancholy renditions of Sia’s “Chandelier,” Eric Carmen’s “All By Myself” and Lorde’s “Royals.” Since his appearance on “AGT,” Puddles has performed all over North America, the U.K. and Europe, and had a successful residency in Las Vegas.

Quick Style – Dance Trio – “Norway’s Got Talent” 2009 – Winner: Quick Crew is a dance crew from Oslo, Norway formed by twins Suleman and Bilal Malik, and childhood friend Nasir Sirkhan. In 2009, they won “Norway’s Got Talent” and since then have appeared as contestants and judges on numerous TV shows, been teaching around the world, choreographed major artists, opened their own dance studios in Europe and Asia, and formed their own talent management company.

Ryan Niemiller – Comedian – “America’s Got Talent” 2019 – Finalist: Known as “The Cripple Threat of Comedy,” Ryan Niemiller finished third overall in season 14 of “America’s Got Talent” and has since hit the ground running, booking up the next year of shows on an international tour. Ryan’s positivity and genuine take on his life and disability resonated with fans as they all clamor to become card-carrying members of Club Nubb.

Sandou Trio Russian Bar – Russian Bar – “America’s Got Talent” 2011 – Semifinalist: Sandou Trio Russian Bar performed on season six of “America’s Got Talent.” Since then, the trio has performed all over the world, including major league sporting events, and has appeared in the FX series “Baskets,” and the feature film “The Greatest Showman.” The talented trio has performed in several shows on the Las Vegas strip, and provides entertainment for corporate events parties and more.

The Silhouettes – Shadow Dance Group – “America’s Got Talent” 2006 – Finalist: The Silhouettes, runner-up on “America's Got Talent” season six, are a shadow-dance company created and directed by Lynne Waggoner-Patton, whose mission is to help homeless children and children in need around the world. They have been featured in both commercials and television shows and have helped raise millions by creating custom performances for charitable organizations.

Tyler Butler-Figueroa – Violinist – “America’s Got Talent” 2019 – Finalist: Twelve-year-old violinist Tyler Butler Figueroa touched the hearts and inspired millions of people around the world, including Simon, who gave him the Golden Buzzer, on season 14 of “America’s Got Talent.” At 4 years old, Tyler was diagnosed with acute lymphoblastic leukemia. Looking for a way to express himself after being bullied for his hair loss, Tyler started playing the violin. Inspired by violinist Brian King Joseph from season 13 of “America's Got Talent,” he started street performing and playing at local events to pay for travel expenses to audition for the show. Tyler is now cancer-free and has been in remission for four years.

Voices of Service – Singing Group – “America’s Got Talent 2019” – Finalist: Voices of Service (VOS) is a quartet of veterans and active duty service members representing the diversity and excellence that exists within military and veteran communities and is an inspiring example for the nation they serve, have served, and continue to service through music. The group is affiliated with the Center for American Military Music Opportunities (CAMMO), which focuses on creating music performance and career opportunities for veterans and active service members. VOS was on season 14 of “America's Got Talent” and made it to the finals.

V.Unbeatable – Dance Group – “America’s Got Talent” 2019 – Finalist: The India-based dance group wowed audiences around the globe during season 14 of “America’s Got Talent,” where they finished in fourth place. Founded by Vikas and Om Prakash, the group was originally named Unbeatable. After a horrible accident during a group rehearsal, Vikas was injured and unfortunately passed away. The group renamed itself V.Unbeatable (for Vikas Unbeatable) in his honor and continued to pursue Vikas’ original dreams for the group.