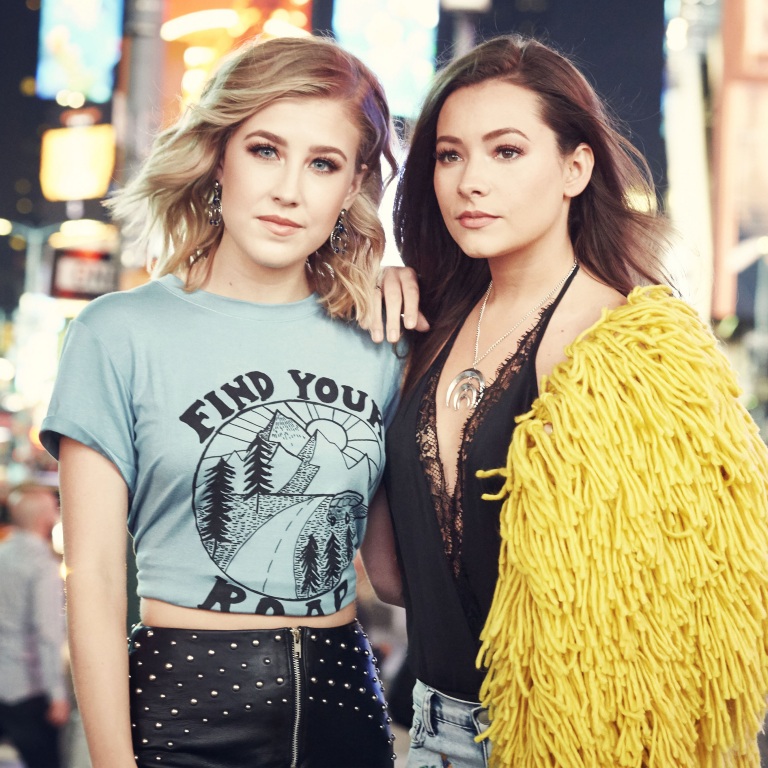 Platinum-selling Mercury Nashville duo Maddie & Tae effortlessly glide into the holiday season with their luminous rendition of “Have Yourself a Merry Little Christmas,” available everywhere now. They’re putting their stamp on the Christmas classic, with vibrant melodies and “gorgeous harmonies” (Billboard) on full display. Listen to the song here.

Maddie & Tae will appear on ABC’s “Good Morning America” on Wednesday morning, just ahead of the 53rd annual CMA Awards – where the award-winning duo is set to perform and is nominated for Vocal Duo of the Year.

Maddie & Tae first broke out in 2013 with their “Girl In A Country Song,” which took country radio by storm, skyrocketing to the top of the charts and quickly going Platinum. The duo became only the third female pairing in 70 years to top the country airplay charts, also earning trophies from the Country Music Academy and Radio Disney Music Awards (along with multiple ACM, CMA and CMT Award nominations).

Country music’s hottest stars, including Dierks Bentley, Lee Brice and Brad Paisley, have welcomed Maddie & Tae on the road. Carrie Underwood recently invited the duo out as direct support on her “The Cry Pretty Tour 360,” which wrapped October 31.