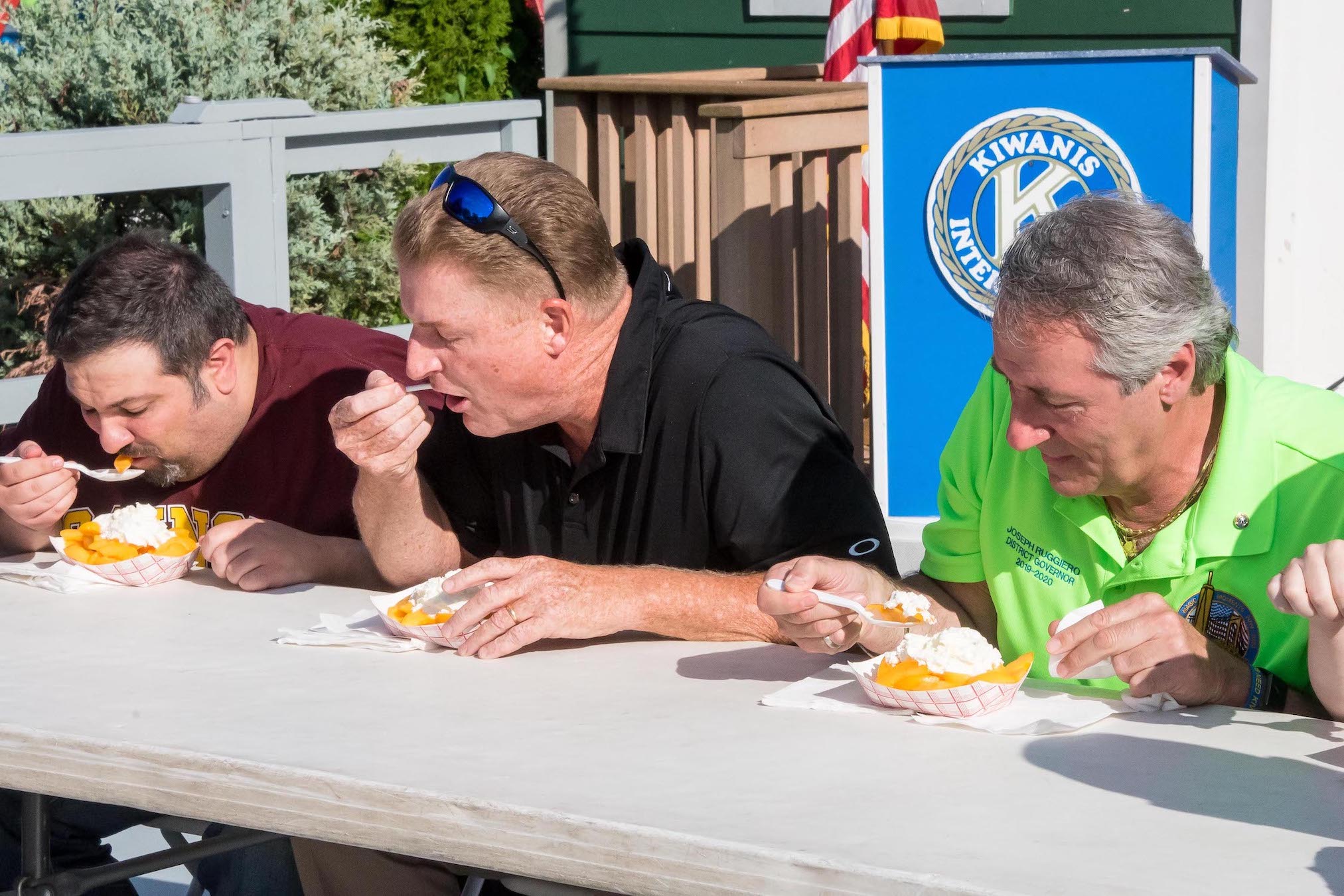 For a few shining moments Saturday, it appeared as if Town of Lewiston Supervisor Steve Broderick had been dethroned as peach shortcake eating champion. Alas, the reigning and defending titleholder would walk away with his fourth-straight victory – after it was discovered Kiwanian Dean Beltrano cheated!

Shortly after 4:30 p.m., six competitors took to the bandshell stage, including Broderick, Beltrano, Kiwanis Club 2019-20 District Gov. Joseph Ruggiero, Kiwanian Tom Fontana, and local members of the media: Tom Puckett of WBEN-AM 930 and Joshua Maloni of Niagara Frontier Publications. Each contestant was given a DiCamillo Bakery shortcake covered with fresh peaches and topped with cream – the festival’s signature dish – and tasked with finishing the dessert in the fastest time.

Both Broderick and Beltrano raced out to a fast start, quickly consuming the fruit and fixings. Beltrano took a lead and, for a moment, it looked as if the contest would crown a new king.

However, as he was being interviewed on stage by Mike Hanrahan, Beltrano revealed his dessert had no shortcake – it was only peaches!

As the audience laughed, the competition resumed. Broderick promptly finished his dessert and took the trophy … which was another peach shortcake.

Broderick also won the debut smelt eating contest at the Lewiston Smelt Festival in May. 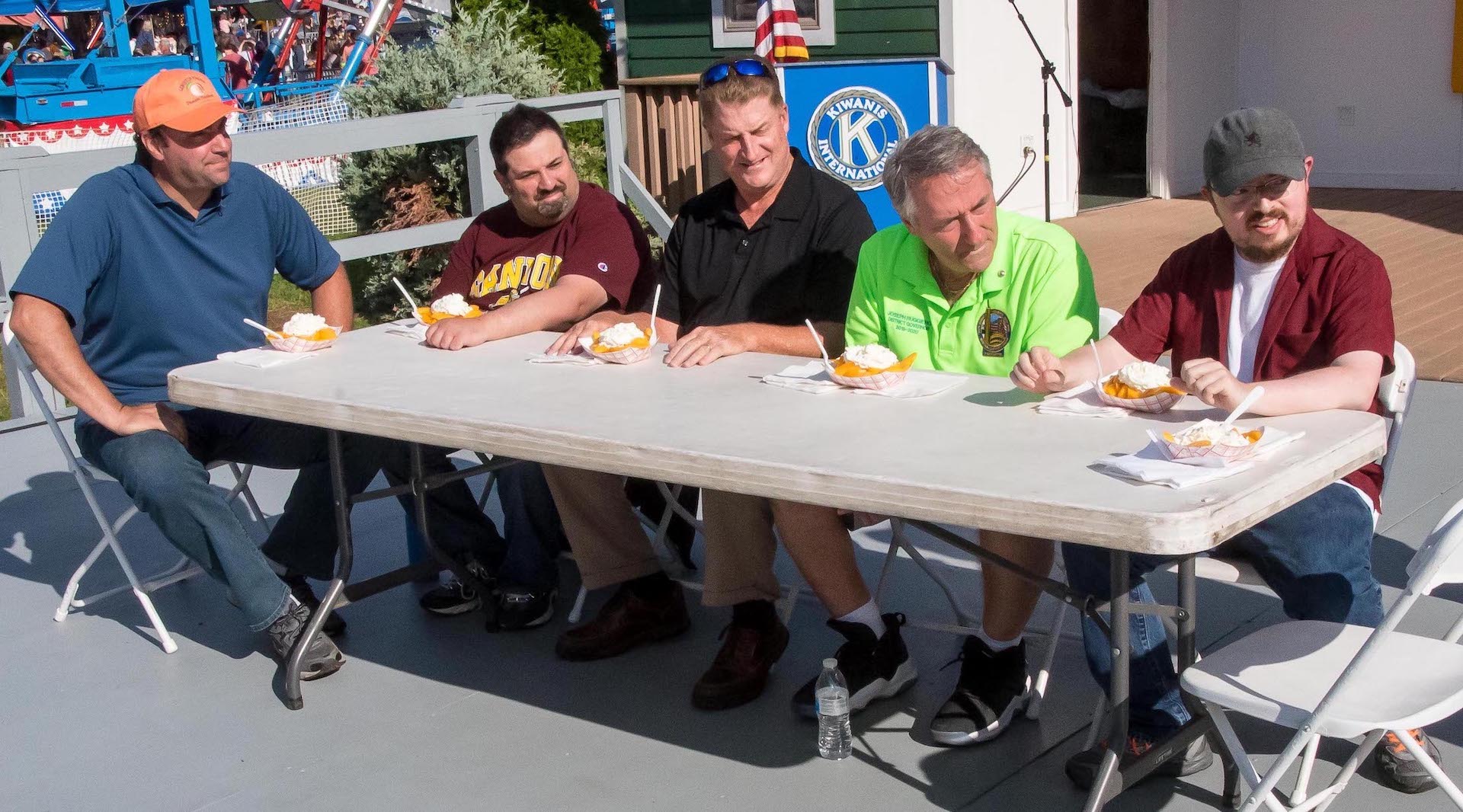 The contestants prepare to eat. 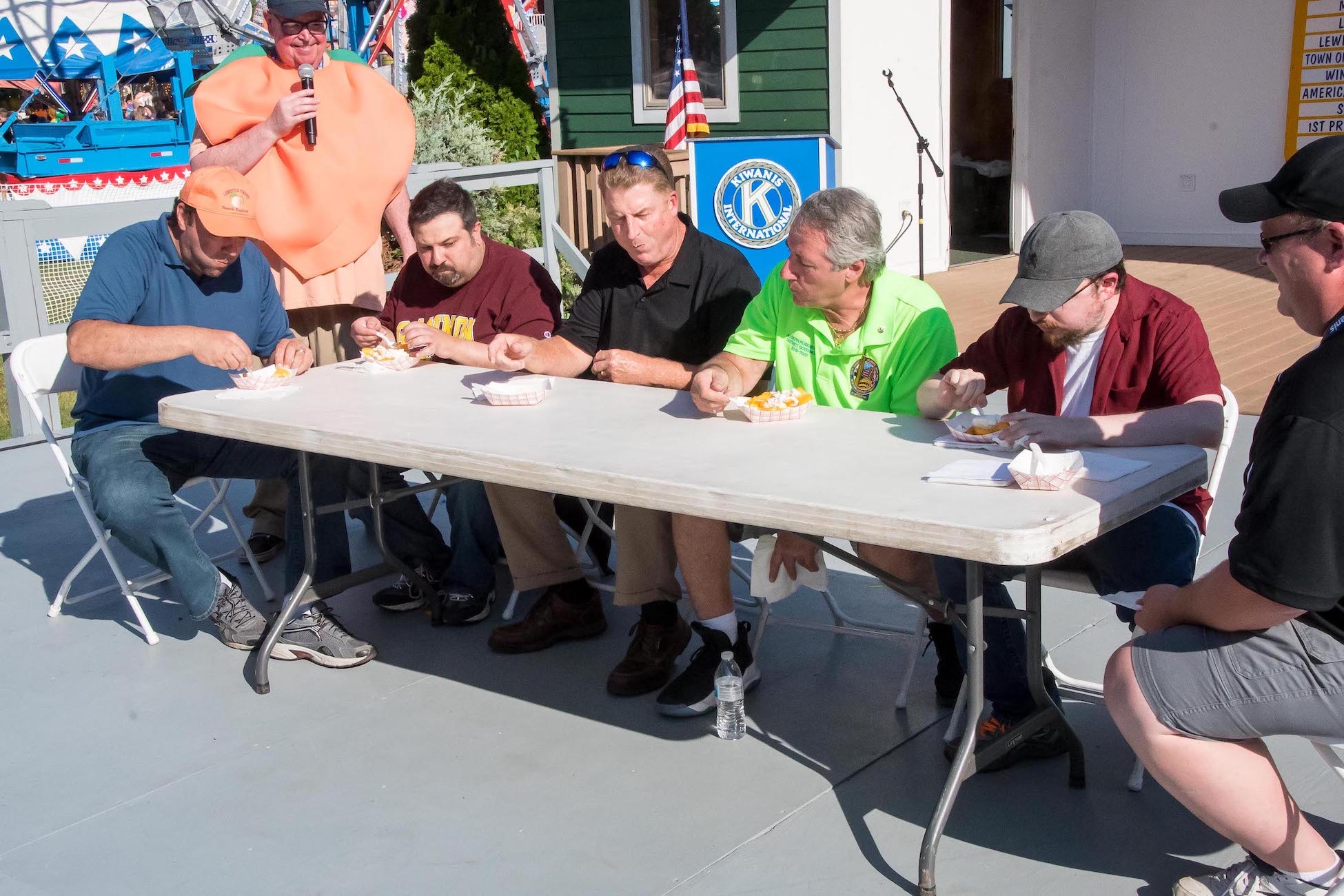