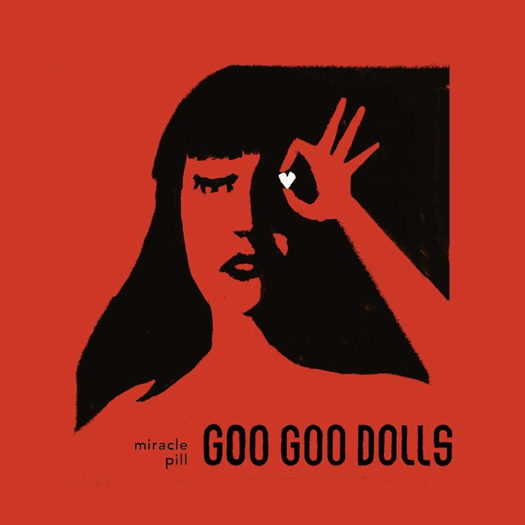 In an exclusive feature with SPIN, lead singer and guitarist John Rzeznik and bassist and vocalist Robby Takac shared the band's cultural observations and experiences that shaped the momentous and timely record.

"I wanted to do something bold and bright,” Rzeznik said about the record. "I wanted to sing about the need for human connection and the constant change we go through as people. This piece of work embodies those themes and I think we can all relate."

Earlier this week, the band released its colorful new music video for the album's first single, "Miracle Pill.” Directed by Ed Gregory and Dan Cooper, the piece was hailed as a "vibrant pairing of lyrics and visual" by Billboard. "Miracle Pill" currently ranks as Hot AC Radio's most added song. The official music video can be watched now HERE.

With over 30 years together as a band, more than 12 million albums sold, and 14 No. 1 and Top 10 hits at Hot AC, “Miracle Pill” finds Goo Goo Dolls at the top of their game. The band’s press release said, “The entire collection of songs delivers musicianship that is as engaging as ever, emotional and intimate, with relatable lyrics that reflect on the current landscape of instant gratification and relief that everyone seems to be seeking.”

Goo Goo Dolls are currently in the midst of a co-headlining amphitheater tour alongside Grammy-winning band Train. The nationwide run will make numerous stops at outdoor venues across North America this summer. Goo Goo Dolls will then embark on several South American tour dates this fall, including an appearance at the iconic music festival Rock in Rio on Sept. 29 in Rio de Janeiro.

For more information and a complete list of tour dates, visit GooGooDolls.com.