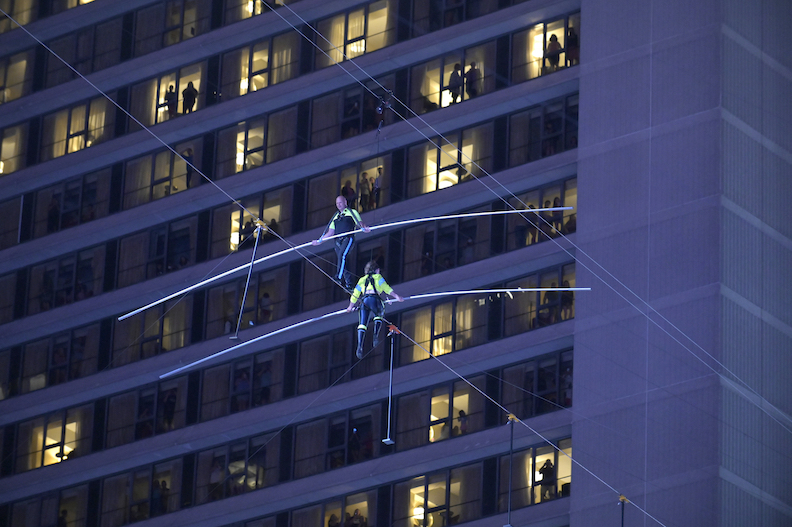 Prior to the “Highwire Live” special from 7-8 p.m., ABC aired a repeat of “America’s Funniest Home Videos.” It followed the special shortly after 10 p.m. with an encore airing of the new game show “Holey Moley,” which had an impressive opening on Thursday night and exposed more viewers to its series debut.

Coming off its strong start in its regular 8 p.m. slot this past Thursday where it drew 4.9 million viewers, ABC’s replay of the “Holey Moley” series debut telecast ranked No. 1 in the hour with adults 18-49 (0.7/4) and added 3.5 million more total viewers to bring its live + same day premiere total up to 8.4 million. 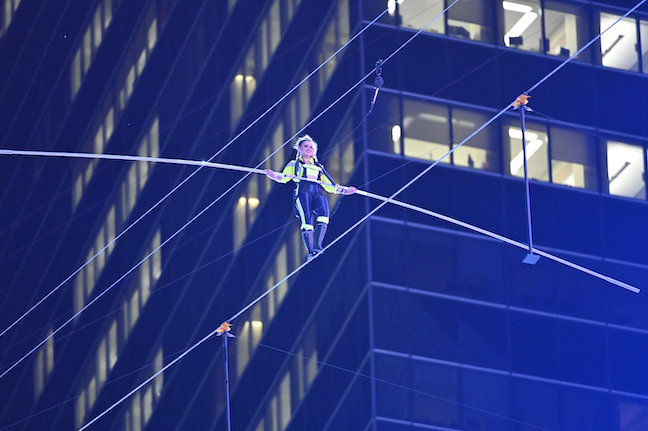 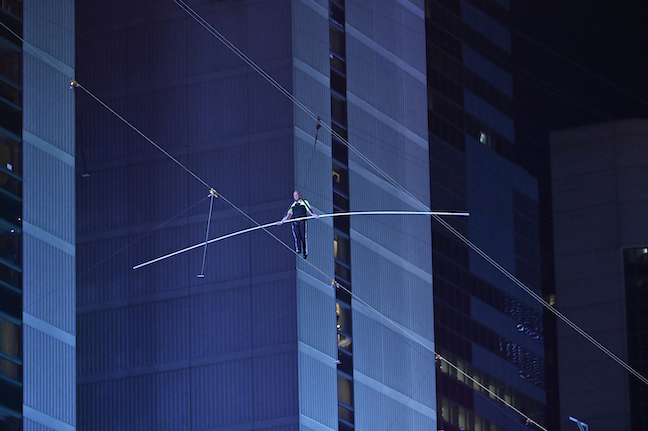 ABC’s “King of the Highwire” live special featured Nik Wallenda and his sister, Lijana, seventh-generation members of the Wallenda family circus troupe. They took to the highwire for a never-before-attempted walk of approximately 1,300 feet long and 25 stories above street level, across New York City’s iconic Times Square.

This 1,300-foot-long walk took place 25 stories high between the famed 1 Times Square and 2 Times Square. Nik and Lijana started from opposite ends of the wire, met and crossed in the middle of Times Square (he walked over her), then continued to finish opposite of where they started.

The walk marked Lijana’s first highwire walk since the 2017 accident where she, along with four others, tragically fell 30 feet off a tightrope during a rehearsal.

Prior to the "Highwire Live in Times Square with Nik Wallenda" event, ABC showed video highlights of the Wallendas’ respective roads. The siblings were joined by Pastor Joel Osteen for a prayer, and then took to the highwire. Once on the rope, they communicated with each other, prayed some more, and she sung Christian songs. 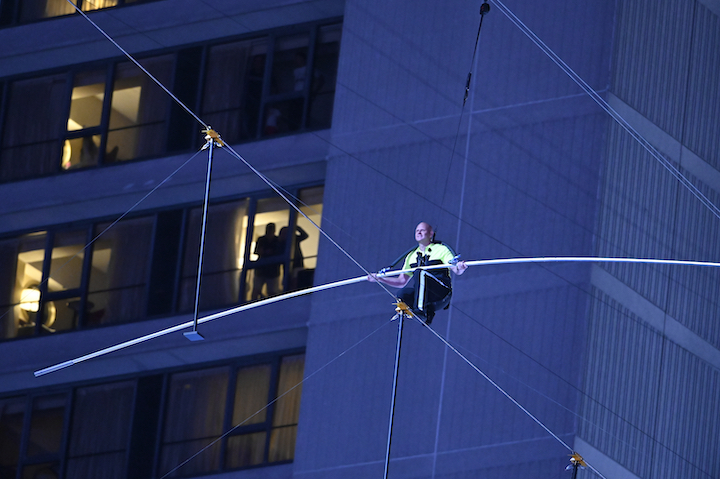