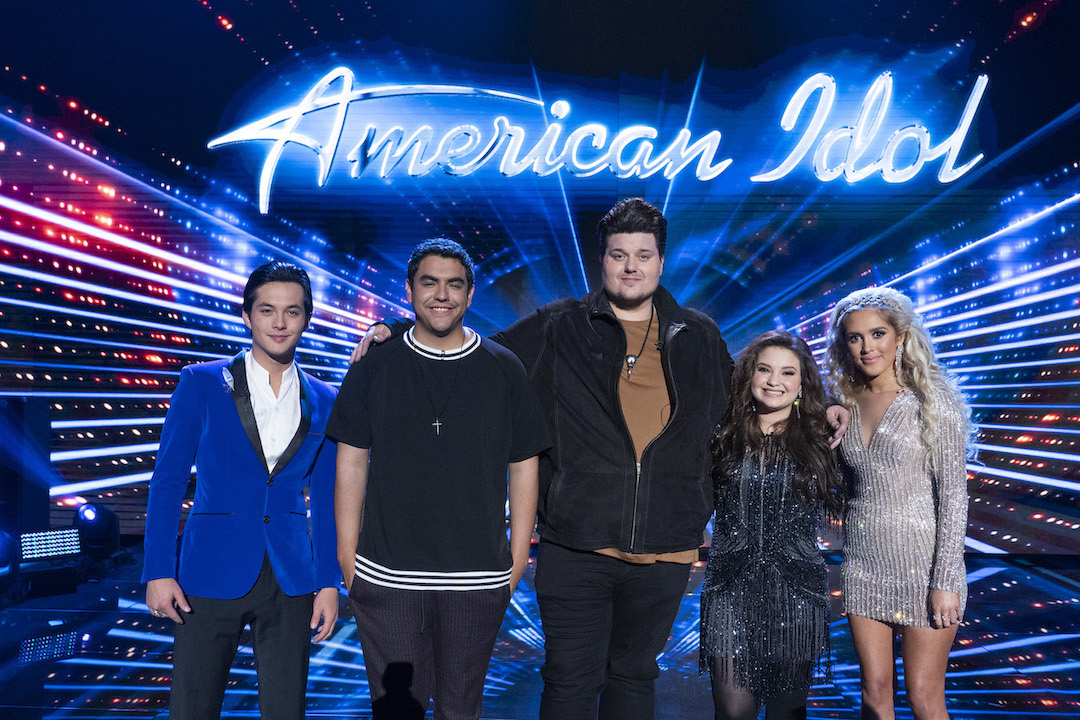 'American Idol' down to 5

The stakes were high as the remaining “American Idol” finalists sang their hearts out Sunday in hopes of winning America’s vote and advancing to the next phase of the competition.

In the episode, each contestant performed one inspirationally powerful “showstopper” song, with the help of former “Idol” hopeful and now Grammy Award-winning artist Lauren Daigle, who served as celebrity guest mentor. Each finalist also took on a song performed at the famed Woodstock music festival in 1969. That event remains one of the most historic moments in popular music history.

Last season’s second runner-up and powerhouse vocalist Gabby Barrett also returned to the “Idol” stage to perform her latest song, “I Hope,” which has claimed her the No. 1 spot on Radio Disney Country’s Top 50 chart – and continues to rise on SiriusXM’s “The Highway.”

Sunday night’s show was the final opportunity for the judges to use the coveted save on one contestant this season. They opted to keep Laci Kaye Booth.