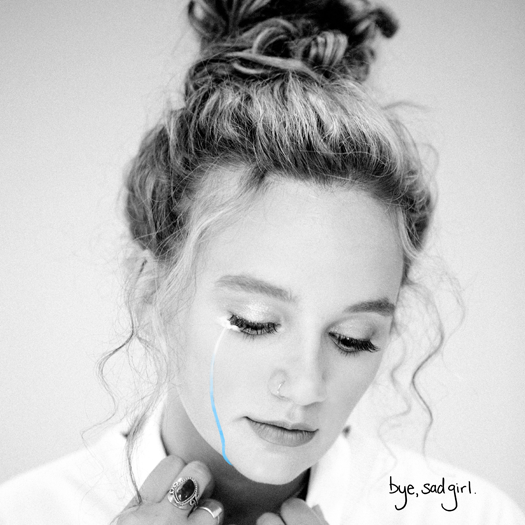 Lead song, ‘i feel bad for you,’ available now

Gotee Records' Hollyn has announced her new, six-song EP, “bye, sad girl.,” will release on Sept. 6. The lead song from the project, "i feel bad for you," is available today. This song was co-written and produced by Cole Walowac (NF, Aaron Cole). Leading up to the release in September, a new song will be available each month.

“I often reflect on the times I’ve been alone and those moments where you’re trying to figure it all out," Hollyn said. "We have all been there; like our feelings are waves 20 feet tall, about to capsule us and never let go. In those moments, all I wanted was a hug ... for someone to look me in the eyes and let me know I was seen, I was loved, and I could make it through whatever was overwhelming me. If I wouldn’t have had people who volunteered to be there for me, acknowledge my feelings, and empower me, I don’t know where I’d be today.

“Recently, I thought to myself … what about the girl who has no one? What is she going to do when grief swallows her and abandonment stings her soul? What if she doesn’t know there’s a God who loves her, or even refuses to believe in that kind of thing? How do I comfort her even though I’m thousands of miles away, and we’ve never met? By sharing my story, my grief, my abandonment, my freedom, my thoughts, my emotions. … That might just bring her that sense of comfort she’s been waiting for. Because, you see, we are not alive to fix people’s problems, but to empower and love alongside them in the way they should go.”

Hollyn completed the 2019 Winter Jam tour earlier this year and will be performing at the Grizzly Fest alongside G-Eazy, Portugal the Man and Matt & Kim.

Hollyn (born Holly Miller) is an artist hailing from Waverly, Ohio. In February of 2017, Hollyn released her label debut, “One-way Conversations,” which peaked at No. 2 on iTunes pop albums chart, Top 10 iTunes top albums chart and debuted on Billboard’s Top 200. Since her debut, Hollyn has continued her musical journey by playing more than 220 shows to over 1 million people the past two years. She has had five No. 1 Billboard radio singles as an artist and writer, with over 210 million combined streams across Apple Music, Pandora, Spotify and YouTube.