One in the same? Are fraternal twins really all that different from normal siblings?

It’s Monday morning. The incessant chime of your alarm resonates throughout your entire body, forcing you awake. An annoying daily occurrence, reminding you that you only have 30 minutes left before you have to leave your house. You groan and begrudgingly throw off the warm blankets from your body, slump out of bed and walk out of your bedroom door. Just as you are about to reach the bathroom, a blurry figure slips past and closes the door directly in your face.

“You snooze you lose.”

This is a daily occurrence for two people who have had to share everything, including their own birth. But this happens with any other sibling both old and young and is not generally specific to twins, though we do have some extra encounters. However, it’s those extra encounters that seem to draw the attention of others and install infatuation with the whole twin aspect. 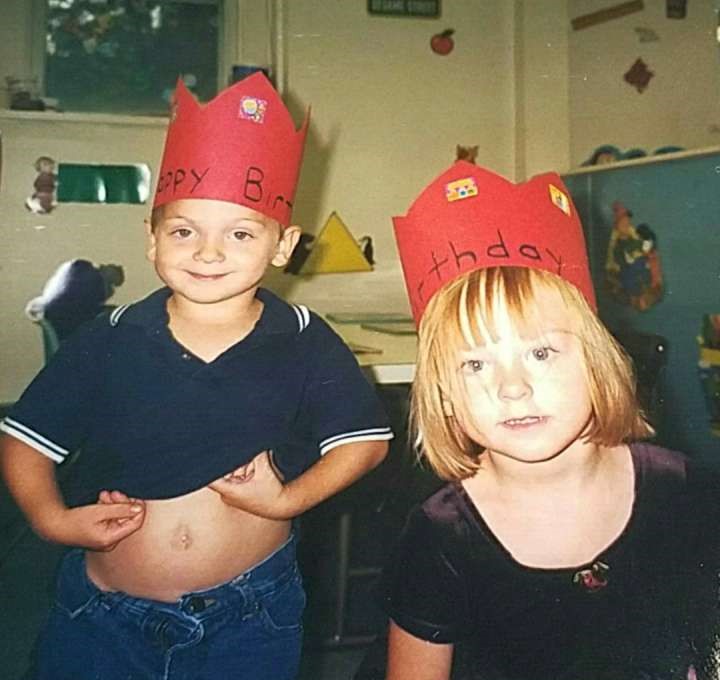 The Raichel babies sharing another birthday.

Just like other sibling, twins steal each other’s clothes, are forced to share the same bathroom, and argue over the remote, constantly flipping between the two different channels and never settling. The only difference between twins and having a normal sibbling is that they have to share a birthday and sometimes a cake. This is a miniscule endeavor as there are many siblings are forced to share the same party, especially when their birthdays fall within the same month.

The amount of times my sister has stolen the bathroom from me or walked in during an unpleasant time is astounding. Though I can’t really complain as I usually got my revenge. I would steal or hide the toilet paper on her or if she really pushed my buttons, I would embarrass her at school in front of her friends. Sharing everything didn't include sharing a friend group so I made it my mission to talk to hers since I knew it would annoy her.

I have never understood the infatuation being a twin brings and it often leads to the same questions. You know, asking both twins their birthday to see if it matches up, which one of the two is older, and my all-time favorite “do you have that twin connection thingy, like can you feel each other’s pain?” But being a twin is no different than having your own annoying little sibling and my sister completely agrees.

“I don’t really think of us as being twins. I just consider her to be a regular sister and I don’t think of our relationship any differently than any other relationship between siblings. But it is pretty cool to have someone that is the exact same age and it has its perks,” Kayla said. 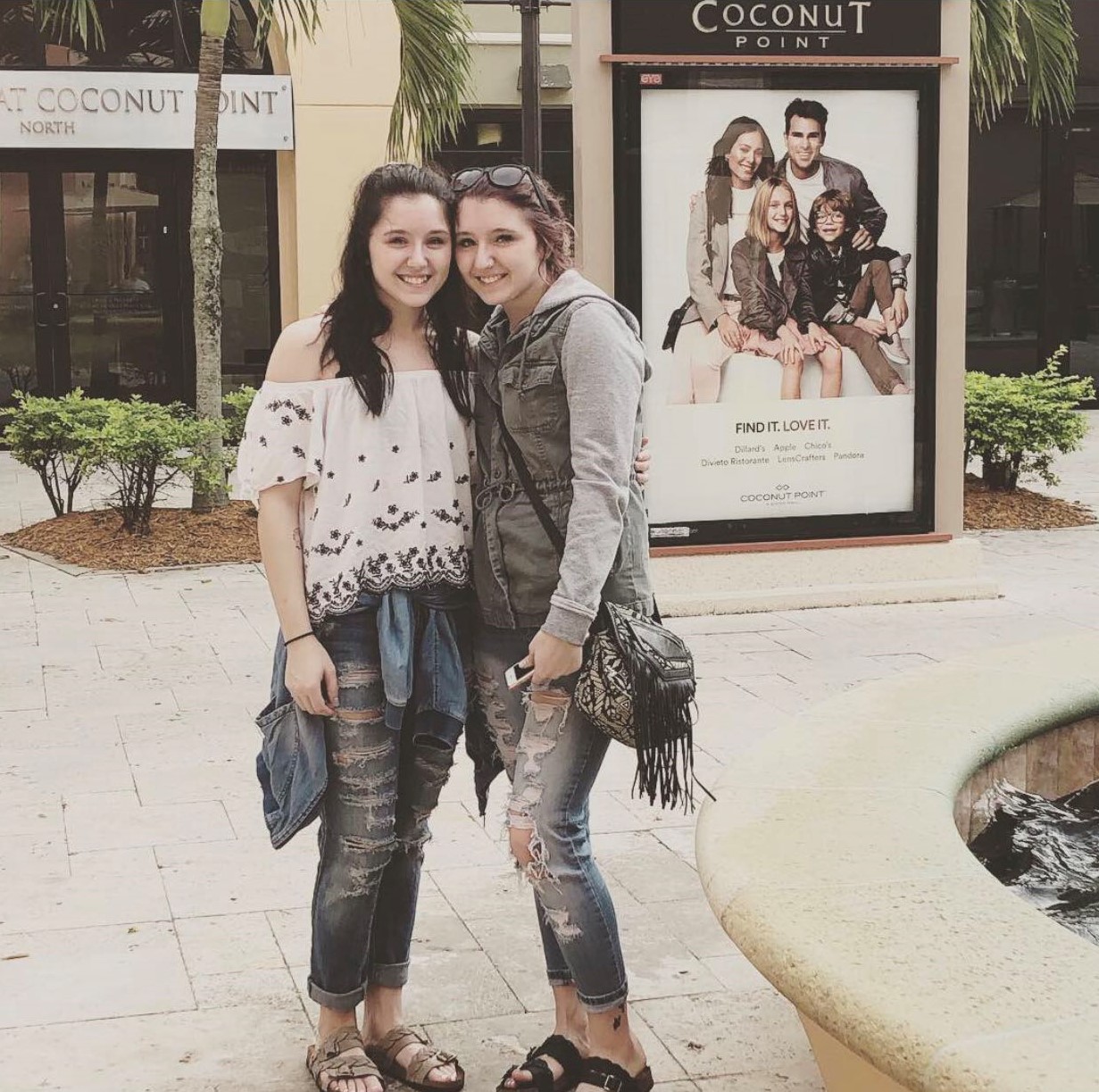 The Calabrese sisters relationship grows as they do.

“I think it’s pretty cool being a twin and it’s kind of fun confusing people and seeing their reactions when they find out me and Paige are fraternal. Everyone thinks we are identical because we look so much alike” Jordan said.

Mickayla Raichel and her twin brother, Alec, came into my life only a few years ago in my first year of high school and I was blessed with her quirky friendship. Makayla is 11 minutes older than her brother and the differences between them go far deeper than their gender. Their personalities and styles were so different, and it took me a minute to realize she wasn’t kidding about them being twins.

I guess you can blame our instant connection on some “twin thing” saying that we were drawn to each other and maybe we were, who knows?

As unique as it is, being a twin means having to form your own separate identity from one other, contrary to the belief that twins do everything together and act relatively the same. With the obligation to share everything, creating a personality and style specific to you is often an important step in creating your own individual identity, separate from your twin’s. 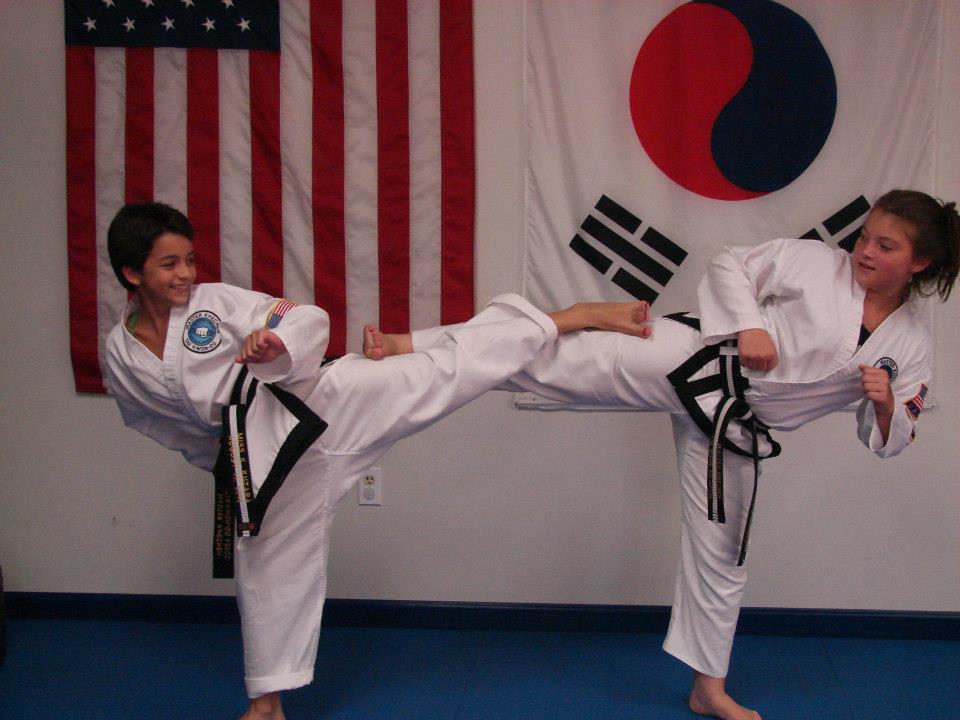 Competition was not only fierce because Kayla and I are twins, but also because we did tae kwon do together.

“It's not as fun as everyone acts. It's just like any another sibling, except you go your whole life competing with them, for everything; social status, grades, approval. I was often seen as ‘his sister’. He's my best friend now, but it's been a long road to get there” Makayla Raichel said.

Having a twin can cause an abundance of altercations, especially when the lack of space is at its highest. However, you get to grow up with your best friend and once you get that bit of separation, the bond between twins is stronger than the average sibling.

“I do like being a twin, but it definitely has its ups and downs. We argued a lot and once it led to her throwing a pumpkin at my head” Paige laughed. “Now that we don’t live together and have our own space, we act more like friends and hang out all the time”.

Kayla and I despised each other when we were younger and it was almost a battle to see who could make the other one more miserable, but now I love her with all my heart. Yes, she can still be a pain in the ass much like all siblings are, but I feel like it’s almost my job to protect her even though she’s the older one. We spend a lot more enjoyable time together even with our busy college lives.

Being a twin means always having someone there when you need them and when I was struggling to find a job, Kayla got me one with her at Delta Sonic. Jordan did the same for Paige and now they work together at Tim Hortons. Mickayla and Alec even worked together at McDonalds and helped each other out when needed.

Although fraternal twins are conceived by two different sperms fertilizing two different eggs, the question of a twin connection remains, but not in the way you think. Most twins can’t feel each other's physical pain and I have no recollection of any of the twins I have encountered having telepathy but, twins do have a magic connection on an emotional level.

“Just by a look I can tell when something is wrong and then most of the time my mood changes. When she’s mad, I’m mad, when she’s sad, I’ll get sad” Kayla said

“I don’t feel physical pain, but I definitely feel her emotional pain. When her and her boyfriend broke up, I felt it, she was crying and I cried with her wishing they were back together. I hate when she’s in pain because it pains me too” said Paige. 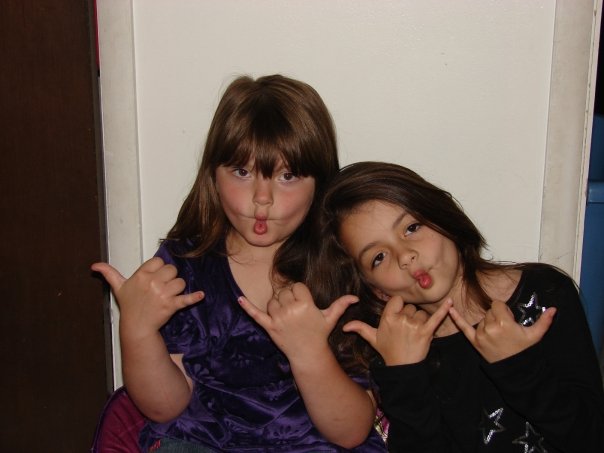 Silliness is infectious for the Kuzara girls.

Many believe it is because of the shared DNA that twins have that connection, but much like any other siblings, you can usually tell when they are upset or mad and even their triggers just by knowing and growing up with them.

"Fraternal twins, though, are two genetically unique beings, as if you had two regular siblings just at the same time, and they, again, oftentimes have a close connection," Maureen Healy, an expert on sensitive children and author of “Growing Happy Kids” said.

Being a twin means having a lifelong friend that you can grow old with together and although there are a few differences between a twin and having a regular sibling, they are just like everybody else. Closeness isn’t ingrained simply because of genetics and most people, especially siblings, have to spend time together to form that bond. Whether it’s being forced to share the same womb or actually sitting down and having coffee, the difference isn’t as drastic as many people believe.

•••••
Niagara Frontier Publications works with the Niagara University Communication Studies Department to publish the capstone work of students in CMS 120A-B.
These articles do not necessarily reflect the opinions or beliefs of NFP, NU or the communication studies department.
Comments can be sent to the NFP editorial department, care of the managing editor.
Categories
NUsUnlimited NUsUnlimited Side Story