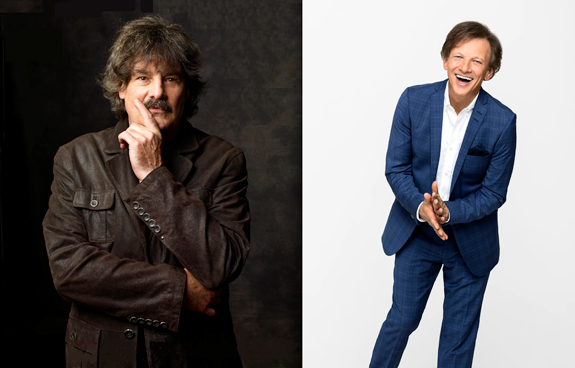 Guess Who's coming back to Artpark? Burton Cummings set to return July 2

Rock legend Burton Cummings and special guest Andre-Philippe Gagnon will perform in the Artpark Amphitheater on July 2 as part of “Tuesdays in the Park presented by M&T Bank.” Tickets go on sale at 10 a.m. Friday.

Canadian rock music royalty Cummings has enjoyed a dazzling career spanning more than 40 years. Whether as lead singer and songwriter with The Guess Who or on his own, Cummings has amassed more hit records than just about any other Canadian performer in history. "American Woman," "No Sugar Tonight," "These Eyes," "No Time," "Stand Tall" and "Undun" all bear Burton’s distinctive stamp.

As a member of the Canadian Music Hall of Fame, Canadian Songwriters Hall of Fame, a six-time Juno Award-winner and recipient of the Order of Canada, Cummings is one of the most celebrated rock artists in Canadian music history.

Acclaimed musical impressionist Gagnon is one of the top singing acts in his field in the world today. Known as “the man of a thousand voices,” Gagnon has played to sold-out audiences around the world for more than three decades. His impressions of famous personalities including Mick Jagger, John Lennon, Louis Armstrong, The Black Eyed Peas and even Fred Flintstone are rapid-fire and spot-on. Gagnon can slip from Frank Sinatra to Pharrell Williams in the blink of an eye.

Tickets for the 6:30 p.m. outdoors show range from $37 for front-of-stage (standing-room-only) or reserved seating to $14 for general admission (advance; price rises to $19 week of show). Prices include a facility fee; additional charges apply for online and phone orders. Tickets can be purchased online at artpark.net or tickets.com; by phone at 1-888-223-6000; or in person at the Artpark box office, 450 S. Fourth St., Lewiston (10 a.m. to 4 p.m. weekdays).