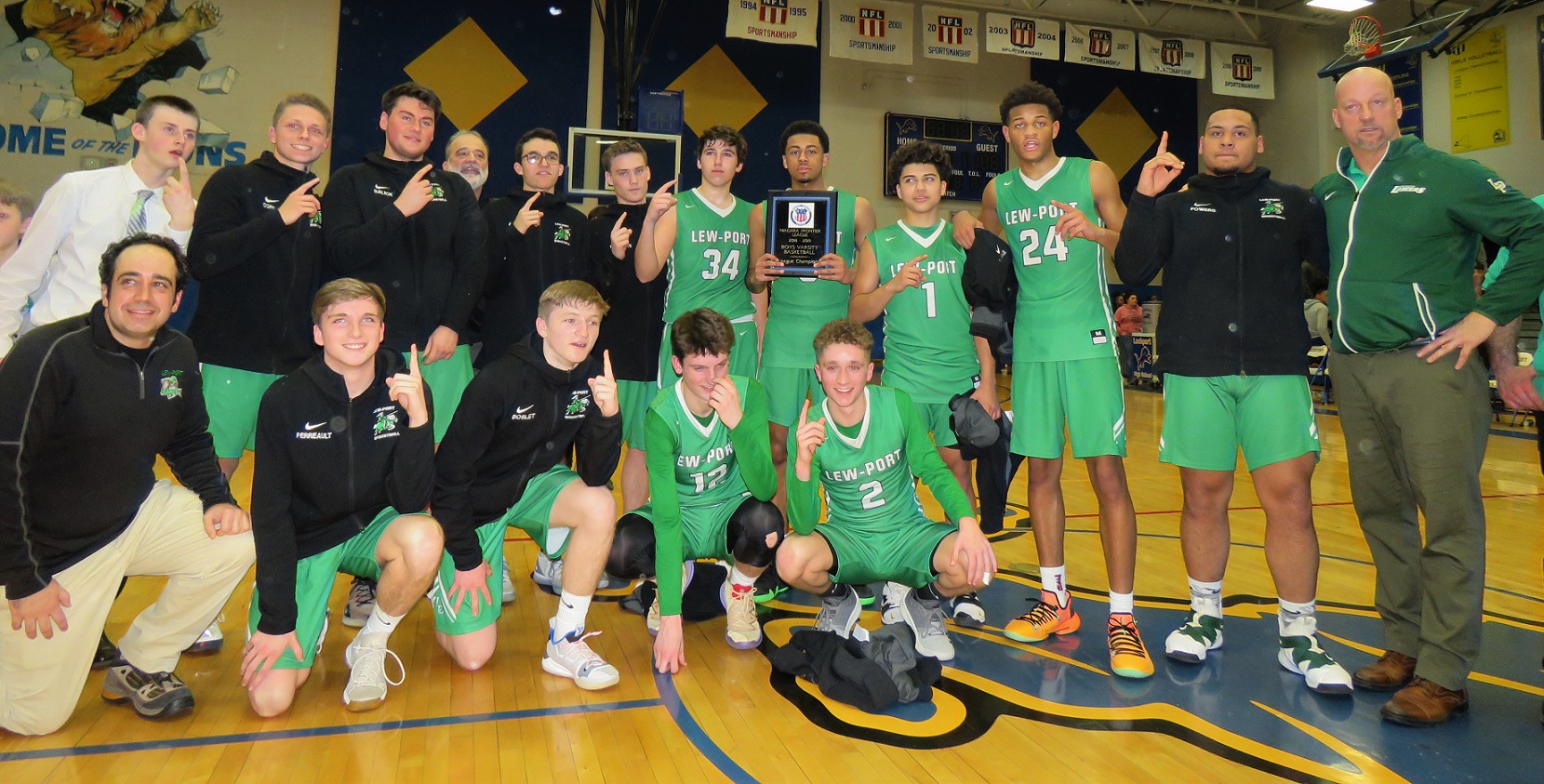 Title is Lancers first since 84-85 season

Thursday night, the Lancers reset that number back down to zero, as the team defeated Niagara Falls, 75-71, to win the 2018-19 Niagara Frontier League title.

The Lancers were led by an impressive barrage of 3-pointers, stellar defense and a whole lot of freshman sensation Roddy Gayle.

To start the second quarter, Niagara Falls went on a 9-2 run, which was capped by a Jalen Bradberry 3-pointer to give the Wolverines a 19-17 lead.

Down 23-19, the Lancers answered back with an 8-0 run, highlighted by treys from Gayle and Jack Bernstein.

Bernstein and Gayle were just getting started at this point.

Two more 3-balls from Berstein and eighth-grader Jalen Duff gave the Lancers a nine-point, 34-25 lead. After a Gayle bucket to end the half, the Lancers led, 36-29.

The Falls came storming back in the third quarter. Moran Montgomery nailed one of his two 3-pointers to get the Wolverines started offensively in the second half. Then, down 45-41, Wolverines senior Josiah Harris nailed a trey to make it 45-44, Lancers.

Willie Lightfoot would add back-to-back buckets to give the Falls a 48-45 lead.

The Lancers refused to give in, though, as after a bucket from the Wolverines’ Jaemon Turner, Bernstein nailed his fourth 3-pointer of the game to cut the NF lead to one.

Turner added another score to end the frame and, after three quarters, the Wolverines led, 54-51.

In the fourth quarter, it was Gayle’s time.

In the final period, Gayle scored 10 of his game-high 29 points, including a stretch of eight-straight Lancers points, which helped L-P take a 69-66 lead.

And when Gayle’s scoring streak ended, it was Bernstein who nailed his fifth and final 3-pointer of the night to make it 72-66, Lancers.

Lew-Port would add three more at the free throw line and hold the Wolverines, and that was it; the Lancers celebrated on the court as 2018-19 NFL champs.

In addition to Gayle’s 29 points, Bernstein had 17, Duff added 10, Zack Clayborne netted 9 and Trent Scott and Jake Kasbaum chipped in 7 and 3, respectively.

For the Wolverines, Bradberry had a team-high 18 points, while Montgomery, Turner, Lightfoot and Harris added 16, 14, 13 and 8, respectively.

Following the game, Gayle, Lightfoot and Bradberry, who are the best of friends, were all offered scholarships from Niagara University.

The win was full circle for L-P coach Matt Bradshaw who said he’s been a part of the team’s last three NFL titles now.

“This is all about them. They’ve put the work in. You don’t get here without putting the work in. These kids from the first guy to the 13th guy have put their work in starting in April up until now. So this is sweet; this is just for the kids. I wanted them to experience being a winner and they can call themselves a winner.”

Bradshaw praised Gayle, as well, and said, “If he’s not the best player in Western New York, I don’t know who is. That kid is a ninth-grader who just took that game over.”

He also gave props to Bernstein, who knocked down big shots when the team needed it.

For Gayle, the game was a relief, as the last time the two teams faced, he was held to 7 points and fouled out in a Lancers loss.

For Niagara Falls coach Sal Constantino, his team will now turn its focus toward sectionals, which he said the loss to the Lancers proved to be a good challenge for the team moving forward.

“It was a great test, obviously. They played really well tonight; they shot it really well. Roddy made some defensive plays from around the basket; he played great. It’s a good run for us,” Constantino said.

Constantino added he felt the Wolverines took the game personal, which the team doesn’t play well when it does that, and, although, the team took the loss hard, he said the team just has to move on to the next game.

After defeating the Lancers by double digits in the first matchup, Constantino said there was a multitude of factors that were different Thursday night compared to the early season win.

“Obviously Roddy played much better and they made jump shots. … They made shots that they probably didn’t make last game. … They scored a basket and it affected us in transition. Usually a team scores on us and we get the ball out and we go; but it looked like we kept thinking about the last play, instead of moving on to the next play,” Constantino said.

While Bradshaw said the win was his proudest moment as the Lancers head coach, he added the win is a motivational boost heading into the postseason.

“It should tell them that we’re good. We’re very good. This is just one game. We’re going to enjoy this. There’s a 48-hour rule – we’ll be off tomorrow and Saturday, we’ll go Sunday – and we got to focus on who we play next,” Bradshaw said.

Gayle agreed and said, “This is a big energy boost that we will carry on the road to Buff State (where the sectional finals are held) to get there.”

Currently, the Lancers sit tied for the No. 1 seed in Section VI Class A2 bracket.

The Section VI playoffs begin next week and both the Lancers and Wolverines will have byes for the first round of games.

The two teams’ matchups will be determined Saturday at the Section VI seeding meeting. 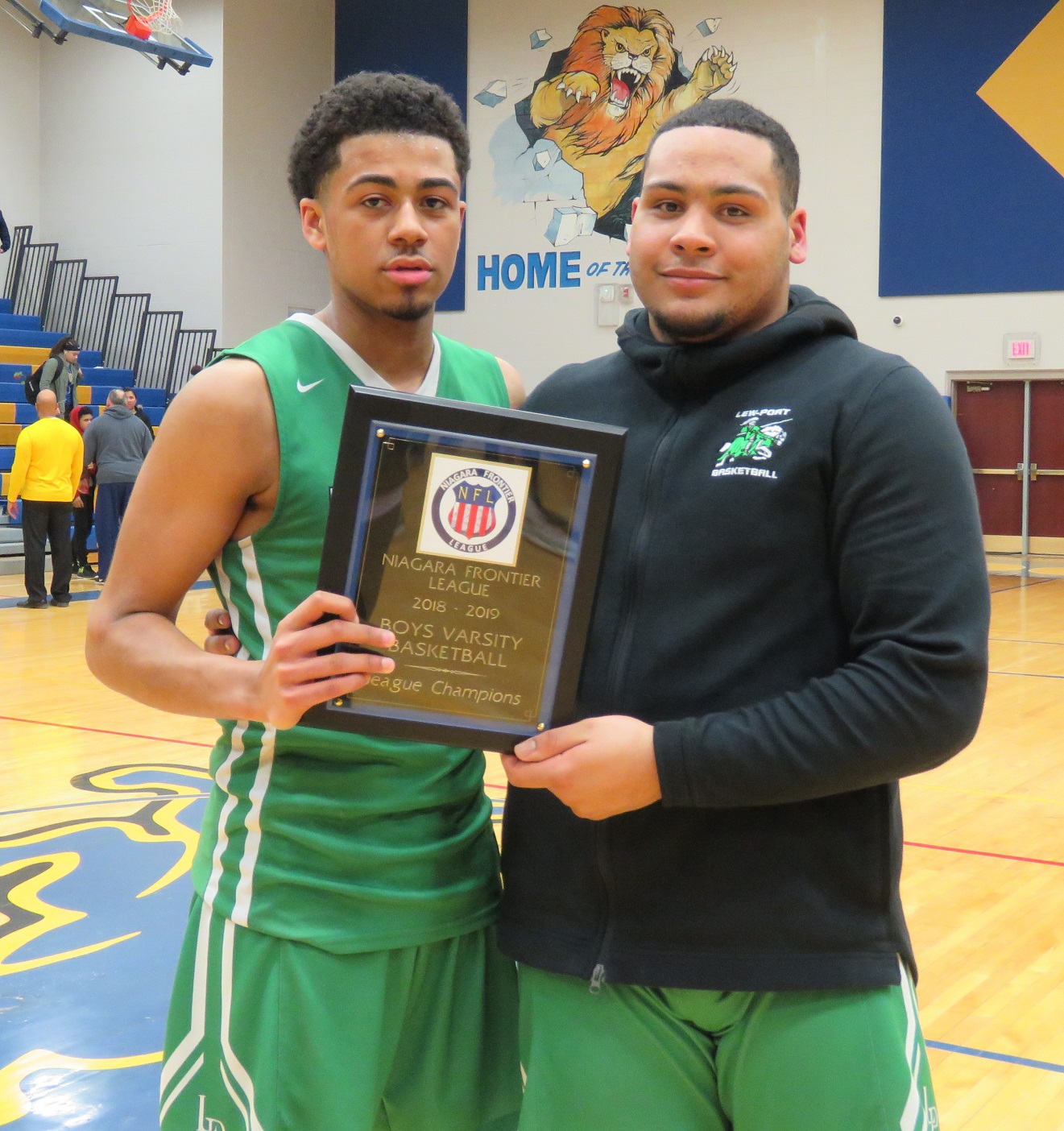 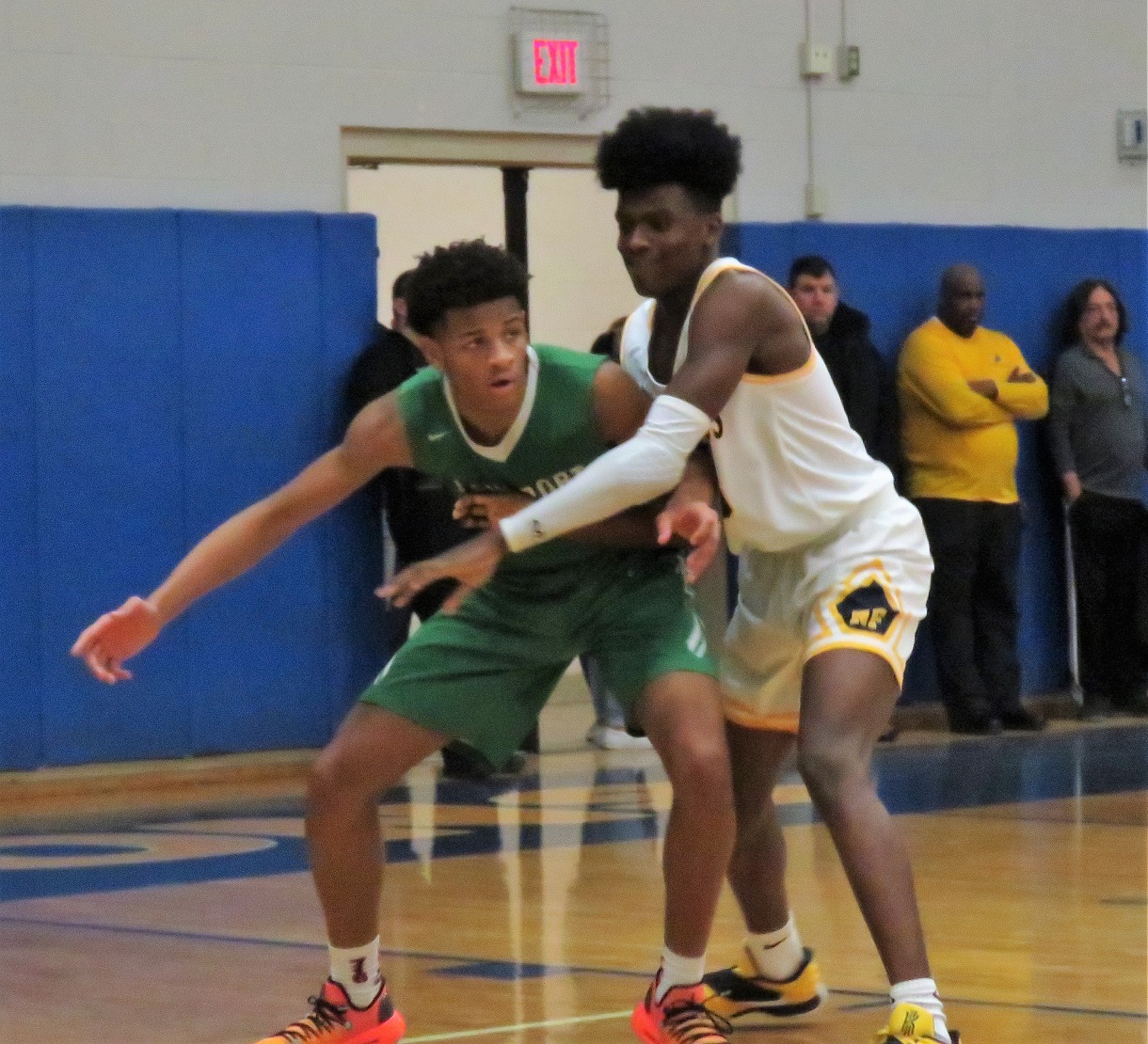