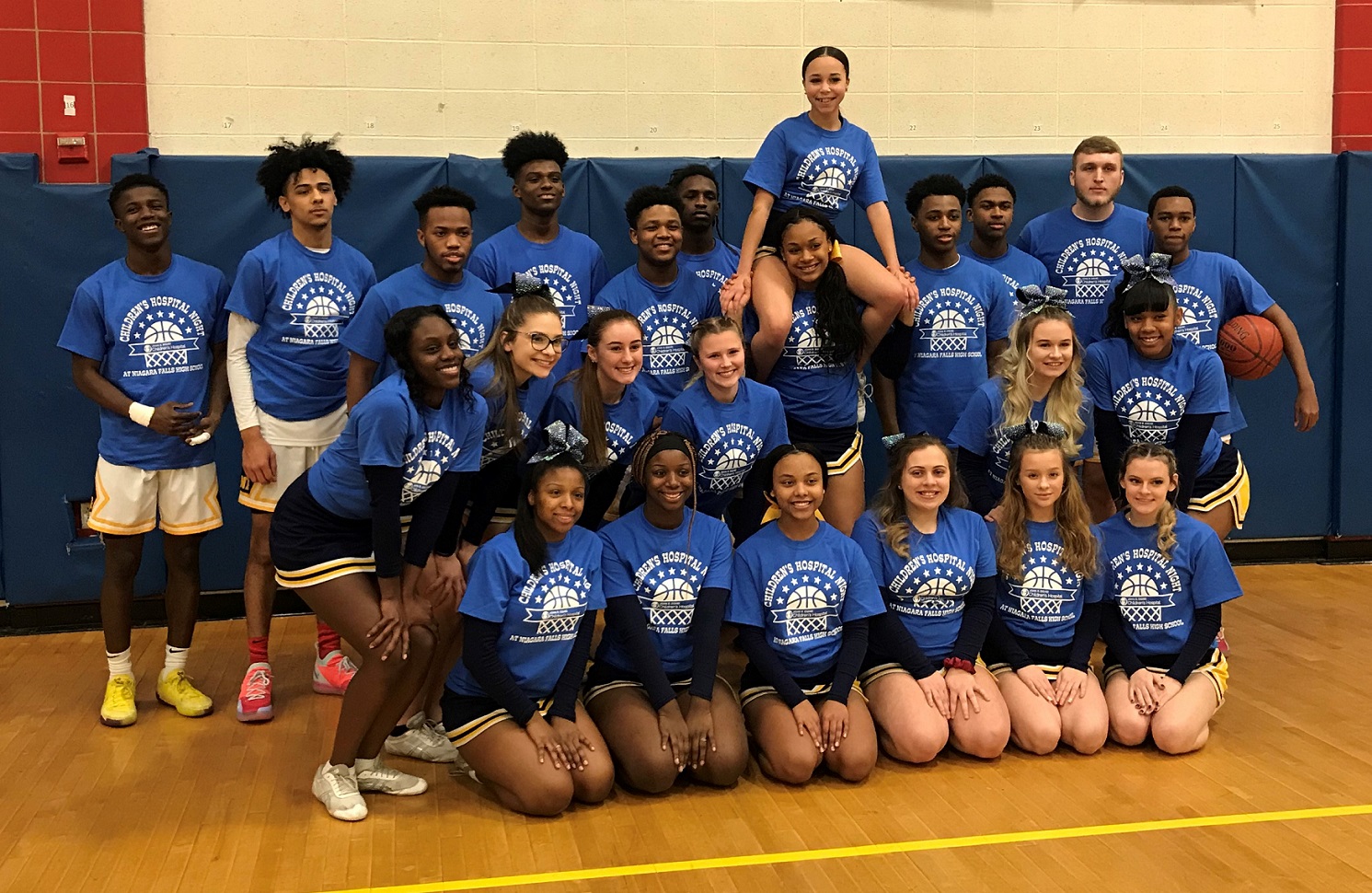 Wolverines use 3-ball for victory on Children's Hospital Night

It had been 14 days since the Niagara Falls Wolverines played its most recent ballgame, but the team got back on track Friday night with a 78-37 victory over Kenmore West.

As donations flew in, the 3-pointers from the Wolverines did the same, as NF used 15 treys to get past the Blue Devils.

The Wolverines set the tone early jumping out to a 10-2 lead, which included 3-pointers from Jalen Bradberry and Josiah Harris.

Harris was hot from behind the arc, sinking his first five trey’s, including three in the first quarter – one of them to end the first eight minutes of play.

Add in a 3-ball from Jaemon “Mookie” Turner and the Wolverines had five treys by the end of the first quarter, along with a 22-12 lead.

The Falls began the second quarter with an 8-0 run before a Ken-West timeout. On the run, Turner took a foul on a successful layup and converted at the free throw line; Harris drained his fourth 3-pointer; and Willie Lightfoot added his sixth point of the night.

Faybion Prather netted the team’s ninth trey to end the half with the game in NF’s favor, 47-24.

The third quarter was a bit sloppy, as the Wolverines posted its worst offensive eight minutes of the game, but after a Prather 3-pointer, the Wolverines led 60-30.

Falls came out with four three consecutive treys to begin the final frame from Bradberry, Prather, Jaden Turner and Naim Bradley. At one point between the third and fourth quarter, the Wolverines last six of seven field goals were 3-pointers.

Jaden Turner added his fifth and seventh points of the night, then Prather capped the scoring with layup off a steal, and that was all she wrote.

The win increased the Wolverines’ record to 13-2 (10-0 Niagara Frontier League).

For the Blue Devils, Dylan James was the high man with 16 points.

In the team’s first battle in two weeks, Wolverines coach Sal Constantino admitted the team showed some inefficiencies here and there, but it was nice to get back into the swing of things.

“Definitely rusty, not so much shooting it rusty, but I think all the other little things we do well. I didn’t think we moved the ball well tonight, but to call us rusty and still win by basically 40; it’s hard to believe. But I know how good we can be, and we better be that tomorrow,” Constantino said.

Capping off Constantino’s quote, the Wolverines face Aquinas out of Section V Rochester Saturday. The Lil’ Irish come in loaded with height, which Constantino said will pose a test to his team.

“Our arch nemesis has been offensive rebounding and they’re 6-foot-7 and 6-foot-11. If we can control the boards and make the tempo of the game up-and-down I like our chances. But if we’re not going to rebound, we’re in for a long night,” he said.

Constantino added the night was more than basketball with it being Children’s Hospital Night.

“We talked before the game and we tried to explain to the guys that this is one of those times in life that, hopefully, as they get older, they realize being a part of something bigger than yourself and doing things for other people are really the big things in life,” he said.

Constantino said the night accumulated over $500 and “We’ll be glad to send a check their way.”

The Wolverines are back in action at 7:30 p.m. Saturday night versus Aquinas.