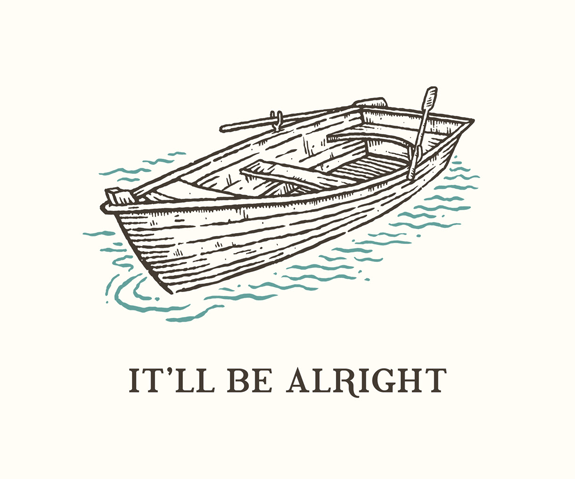 Available in time for Valentine's

Songstress JJ Heller released a brand-new single, "It'll Be Alright," available today. Inspired by her own relationship with her husband of 15 years, Dave Heller, the song describes the richness experienced in lasting relationship versus the temporary affection often chased in popular movies and music of today. To listen to "It'll Be Alright," click HERE.

"I love romantic movies. The funny thing about them is they end right when the characters finally get together. The happy ending of the movie is very beginning of the relationship, and as a viewer it leaves me feeling all the feels," Heller said. "At the beginning of every relationship, the feelings of infatuation are front and center, and all we want to do is cuddle or daydream about cuddling. Truly loving someone means being willing to stick around and work on the relationship even when you don’t feel like it."

"It'll Be Alright" follows the release "Big Love, Small Moments," focusing on embracing the beauty in every moment big or small. The song has already been added to 27 Spotify curated playlists, garnering over 271,000 streams on Spotify alone since its release. The complementing music video has continued to impact fans, receiving an outpouring of support on social media. Heller began releasing monthly singles in April 2017 that, together, have amassed over 8.5 million combined streams to date. The songstress will continue to announce a brand-new song on the first Friday of each month in 2019.

Heller’s latest, “I Dream Of You (Vol. II),” is available now. Appealing to parent and child alike, the stirring 15-song collection of timeless covers and lullabies is comprised of songs from the ’50s through today and includes favorites such as “Here Comes the Sun,” “Bridge Over Troubled Water” and “Edelweiss,” along with three brand-new originals. Birthed out of Heller’s own desire as a mother of two came “I Dream Of You (Vol. II),” medicinal music that crosses generational boundaries, with messages of truth, hope and love woven throughout each track.

For more than 15 years, Nashville-based independent singer/songwriter Heller has traveled the country sharing music full-time with her husband, Dave, who also co-writes, plays guitar, and provides witty banter from the stage. Her songs have been featured on national television, international advertising campaigns, and radio stations across the world.

On Nov. 2, Heller released her 10th full-length studio album, “I Dream of You (Volume II).”

When she released her first “I Dream of You” album in 2014 – now one of her most-streamed albums – Heller had no idea how significantly it would shape her career. At the time, the mother of two small girls desired to create soothing love songs with a simple message of devotion from a parent to a child. After listeners began sharing stories of how the songs played an integral role in their family’s bedtime routines, car rides or hospital visits, Heller began donating the album to hospitals, adoption agencies and families of young children. The album has since been donated to more than 100,000 families.

Get connected with JJ Heller: