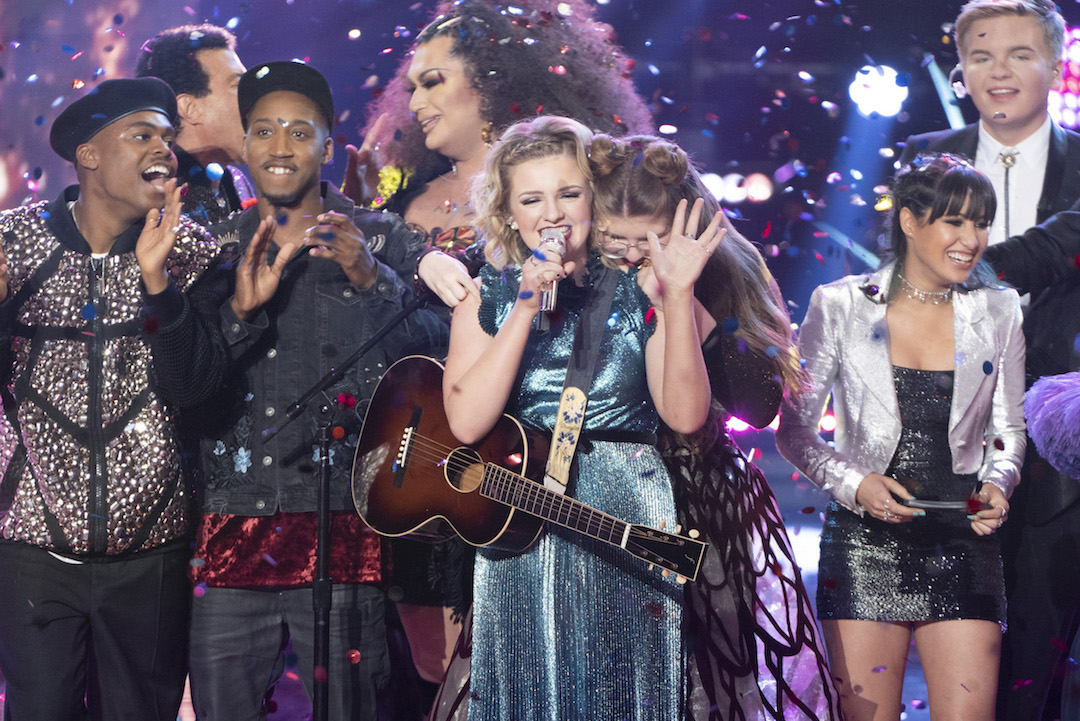 Mon, Oct 8th 2018 05:10 pm
Hot on the heels of its successful series debut on The ABC Television Network, "American Idol" is back and searching coast-to-coast for the next big superstar. In anticipation of the upcoming season, "Idol" is teaming up with The 52nd Annual CMA Awards, "Country Music's Biggest Night," to give America the chance to vote one lucky singer through to Hollywood ahead of the season two premiere.
As a part of the "American Idol CMA Contest," starting today, and running through Sunday, Oct. 14 (11 p.m. EDT), singers from across the country are encouraged to post a video of themselves on Instagram covering one of the songs listed below by this year's CMA Awards nominated artists using the official hashtag #IdolCMAContest. Upon conclusion of the submission window, three lucky finalists will be selected by "American Idol" executive producers and will fly to Nashville in November, where they will record a country cover. That performance will then be shown during the broadcast of The 52nd Annual CMA Awards, after which viewers will have the opportunity to vote their favorite singer through to Hollywood by visiting www.americanidol.com/vote. The winner will be announced live on ABC's "Good Morning America" on Friday, Nov. 16.
To enter on Instagram, one must be at least 15 years old and otherwise meet the eligibility requirements for "American Idol." Visit american-idol/rules for official contest rules, including full details on eligibility requirements, how to enter, prize descriptions and limitations. No purchase is necessary to enter.
#IdolCMAContest cover songs include the following:
"The 52nd Annual CMA Awards" will air live from Nashville, Wednesday, Nov. 14 (8 p.m. EST), on ABC.
"American Idol" is returning to The ABC Television Network for the 2018-19 season, after first making its return to airwaves as the No. 1 reality show launch for its inaugural season on the network during the 2017-18 season. Helping to find the next singing sensation are music industry legends and all-star judges Luke Bryan, Katy Perry and Lionel Richie. Emmy-winning producer Ryan Seacrest will also return as host.
The singing competition series recently completed its open call bus tour auditions, visiting 24 cities across the country - including Buffalo - in a nationwide search for the next superstar. Judge auditions are currently underway in select cities across the country.
Categories
Entertainment OYT Top Entertainment News