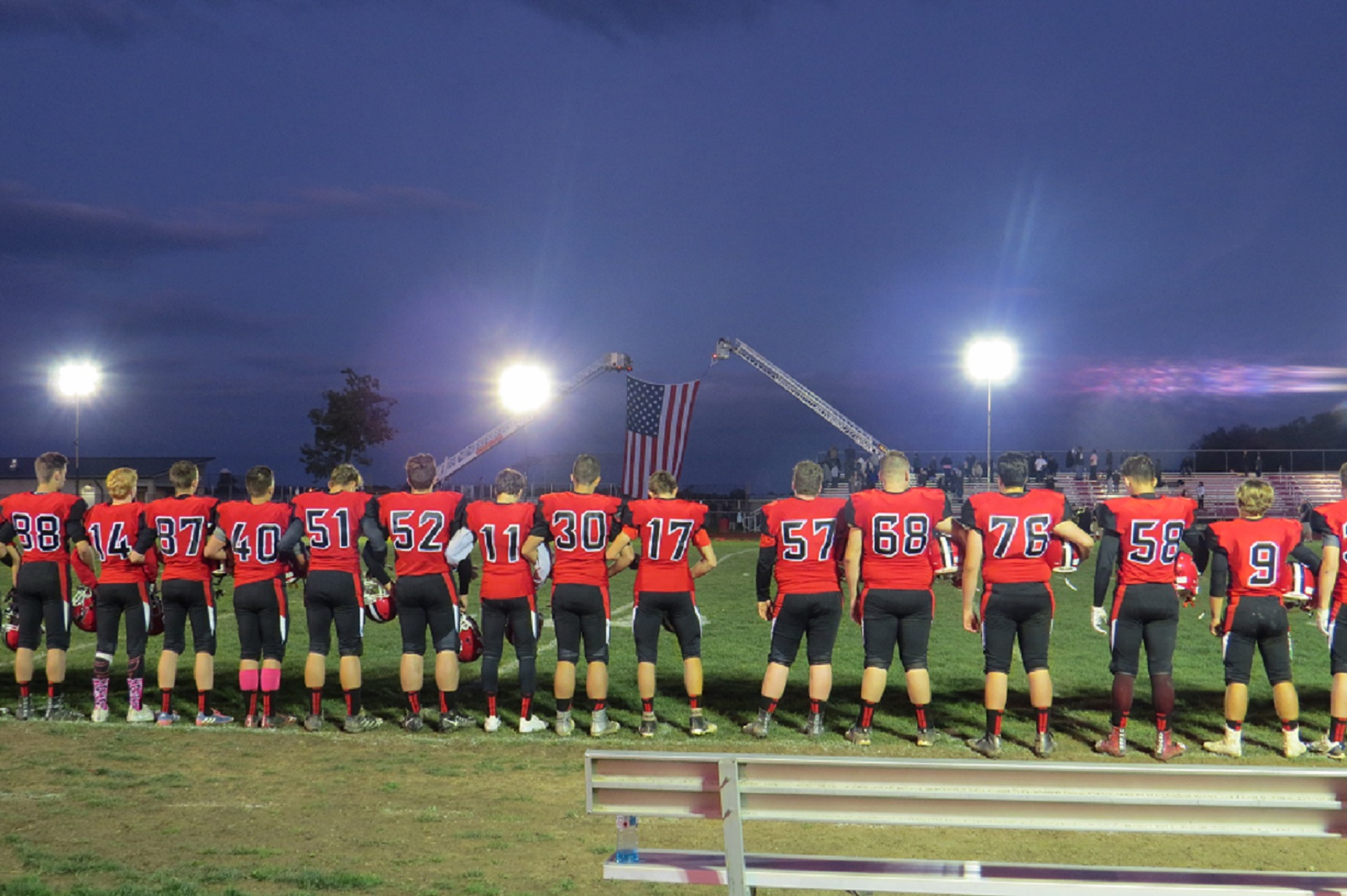 by yarger
Thu, Sep 27th 2018 12:30 pm
R.S. Seiler Homes key contributor to bring back under-the-lights favorite
By David Yarger
Tribune Editor
It was so popular and eventful last year, Niagara-Wheatfield has decided to keep the tradition.
After playing its very first Friday night home game under the lights last year versus Williamsville North, the Niagara-Wheatfield Falcons will once again suit up for homecoming at 7 p.m. on Friday versus Kenmore West.
Last year's game brought out a hefty crowd of students, faculty and residents of the community interested in seeing the historic debut of night football at Terry Harvey Field.
The game is a must-win for the Falcons if it wants to stay in playoff contention. Coming off its first loss of the season, the Falcons sit with a record of 3-1. Kenmore West is 2-2, but it just defeated Jamestown, who defeated the Falcons.
Of the importance of the game, N-W coach Russ Nixon said, "We know every week's important. It's a tough division. We're in the biggest division in A. There's no easy games, there's no easy teams. We know that all of these teams stack up pretty evenly together."
Aside from the action on the field, Friday will mark homecoming-eve for the school. Before the game, and during the school day, there will be a pep rally at 1 p.m. where captains from each of the JV and varsity athletic teams will be introduced.
Following the school day at 2:30 p.m., Falcon Fest will begin. The festivities will give students a chance to hang out with classmates and get ready for the big game. Falcon Fest includes food trucks, a chance to sink faculty in the dunk tank, bungee jumps, inflatable obstacle courses, bumper ball soccer and a DJ will provide music.
A new kink into this year's game, Niagara-Wheatfield athletics and the freshman class will host a canned food drive. Those who donate a canned food item will receive admittance into the game. Students and the public were encouraged to donate, as the canned goods go to the Adopt a Family program the school partakes in every year around Christmas.
For last year's homecoming night game, two big advocates and supporters were Niagara-Wheatfield alumnus Justin Gilmore and former Buffalo Bills linebacker (now Cincinnati Bengals linebacker) Preston Brown. With the donations from the two, the team was able to play its first game under the lights.
The idea for the game was always there this year, but donations for the light standards were tough to receive.
Step in Ron Seiler of R.S. Seiler Homes.
This year, Seiler is one of the large contributors that helped bring the Friday night lights game back to Terry Harvey Field.
"I'm doing it for the boys," Seiler said. "It's all about the team. They've been through a lot lately and I thought this was a good gesture to help the boys out."
Seiler has been part of the Wheatfield community since 2000. Seiler's children have also gone through the Niagara-Wheatfield Central School District, including his son, Danny, who plays on the football team this season.
Seiler said he reached out during an August meeting amongst football parents.
"They were looking for donations and had interest in doing the lights again, but they weren't sure how to pay for them. I said I would save them some phone calls and headaches and pay around 75 percent of the bill and if more was needed it was no problem.
"I knew the struggle and it really is not a huge deal (just) knowing everything this team has gone through," Seiler said.
Seiler, proprietor of R.S. Seilier Homes, according to his website, "Began building homes in the year 2000, and has had a steady stream of satisfied customers across Erie and Niagara Counties."
Last season, the team was given brand-new red jerseys to wear the day of the homecoming game. The word is out on which color the team will represent Friday night, but the Athletic Department said this year's theme is "Black Out."
The team encourages those attending to wear black clothing and be loud to help the Falcons get a crucial league victory.
Categories
NFP School feature Sports feature Tribune feature