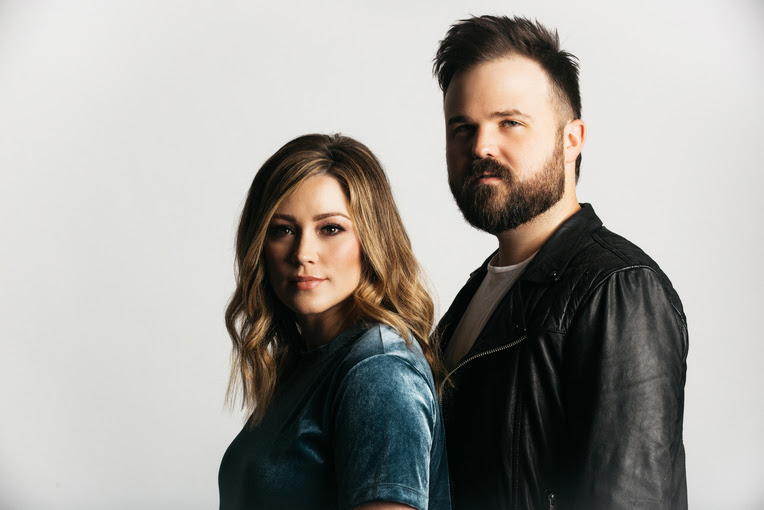 Sat, Sep 15th 2018 12:50 pm
Live music video debuted this week
Capitol Christian Music Group artists and husband and wife Kari Jobe and Cody Carnes have released a special new song together, "Cover The Earth," available at all digital outlets. Click HERE to listen or purchase the single. On Thursday, they debuted the live music video of the standalone song. Originally written by Daniella Mason, this song has been made anew with a bridge written by Cody putting their unique spin on the popular song.
"This song has a special story," Carnes said. "It's originally a pop song written and performed by our friend who is a part of our church, The Belonging Co. Daniella has been performing this song in pop clubs for a few years and she has amazing stories about people unexpectedly encountering the presence of God through it in those venues. Now that we have a version for the church, I think it's so amazing to see God using this song in both clubs and churches at the same time, reaching people in all corners of the earth with his presence and love."
Jobe said, "Cody and I have been leading worship together for years now, so we love these kinds of songs we can carry together. Sharing this one is really special and exciting for us."
Carnes and Jobe worship leaders who take their platform to heart, as their passion is to lead people into a personal relationship with God and into his presence through their music. In their respective solo careers, Jobe has sold more than 1.4 million adjusted albums, received a Grammy nomination and multiple Dove Awards, has amassed 384 million career streams, and earned praise from The New York Times. Her most recent album, "The Garden," released in February 2017. Carnes, a well-respected worship leader and songwriter, released his debut album, "The Darker The Night / The Brighter The Morning," in September 2017. He will be on tour this fall with Mosaic MSC (September) and Rend Collective (October/November).
Cody Carnes socials:
Kari Jobe socials:
Categories
Entertainment On Stage feature