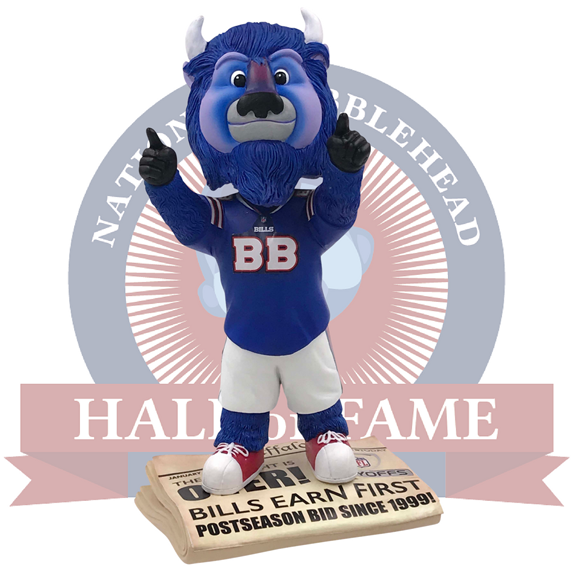 "The Drought is Over! Bills Earn First Postseason Bid Since 1999!" (Image courtesy of the National Bobblehead Hall of Fame and Museum)