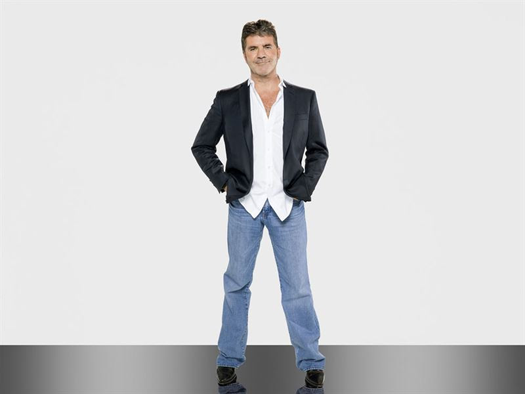 Simon Cowell renews as judge on NBC's 'America's Got Talent'

Thu, Aug 23rd 2018 01:10 pm
Cowell, who created 'Got Talent' franchise, continues to serve as executive producer; pact announced as Cowell honored with star on Hollywood Walk of Fame
Simon Cowell, the creator of the global "Got Talent" franchise, the biggest TV format in history and whose opinion on any act can have enormous impact, has renewed his multi-year deal with NBC as a judge on the juggernaut hit series "America's Got Talent."
He'll also remain an executive producer on the series.
Cowell became a judge on "America's Got Talent" for season 11 in 2016, joining Howie Mandel, Mel B and Heidi Klum. His influence on the judges' table is profound and can shape global careers.
"Simon Cowell is an extraordinary showman whose success stories over the years on multiple continents speak for themselves," said Paul Telegdy, president, alternative and reality group, NBC Entertainment. "We are thrilled that he will continue as a judge on 'America's Got Talent' and that his stewardship of the franchise will go forward for many years to come."
"Few people have impacted the world of entertainment as significantly as Simon Cowell," said Trish Kinane, FremantleMedia North America president of entertainment programming. "He knows what it takes to find and nurture talent, and he knows how to entertain an audience, creating enduring and much-loved formats. We look forward to continuing our creative partnership."
"I want to thank NBC for their continued passion and belief for 'America's Got Talent' over the past few years," Cowell said. "Without NBC, we wouldn't be making 'Got Talent,' and I'm very proud to work with them. Together, with a fantastic production team, we have been able to attract the best talent in the world. I'm very excited for the next few years."
"America's Got Talent" is once again dominating the summer television landscape, averaging a 3.0 rating in adults 18-49 and 14.6 million viewers overall in "live plus seven day" results from Nielsen Media Research. In "live plus same day" averages, "AGT" has ranked as the No. 1 entertainment show of the week in 18-49 and total viewers every week it's aired an original episode so far this summer, and in "most current" Nielsens, is towering over all other summer programming, holding advantages of 40 percent in adult 18-49 rating and more than 5.2 million persons, or 60 percent, over the No. 2 shows on those respective summer rankers.
Furthermore, as cited by Nielsen Social Content Ratings, "America's Got Talent" is the No. 1 social reality TV series of the summer and the No. 1 social Tuesday broadcast TV program of the summer, with over 1.5 billion video views total for season 13 so far. Global online audiences have spent 6.6 trillion hours watching "Got Talent" clips from its shows around the world.
Cowell will also serve as a judge and executive producer on "America's Got Talent: The Champions," which will launch this winter and air on Mondays between seasons of "The Voice."
The series will bring together the most talented, memorable, wackiest and all-around favorites from past seasons of "AGT" for the ultimate display of talent. Additionally, some of the most popular acts from the other global "Got Talent" franchises, spanning 194 territories, will come to share their talents and compete against one other.
"America's Got Talent" season 12 winner Darci Lynne Farmer received the most votes ever for a finale show in "AGT" history and won viewers over with her performances alongside her puppets, Oscar and Petunia. Season 12 also set massive records across digital platforms, garnering more than 2.6 billion views on Facebook, YouTube and Twitter combined. With her "AGT" win in hand, Farmer is currently touring around the country.
Season 11 winner Grace VanderWaal released her first EP, "Perfectly Imperfect," in 2016, which became the highest-selling EP of that year. Her "Got Talent" audition video was one of the top trending videos of that year and currently has more than 135 million views.
Past "AGT" highlights include first-ever magician winner Mat Franco, who, in 2014, went on to headline the "America's Got Talent Live" stage show as well as the "Magic Reinvented Nightly" stage show — both held in Las Vegas. Another fan favorite was the season seven winner Olate Dogs in 2012. Led by Richard Olate and his son, Nicholas, this high-energy, fast-paced dog act was an audience favorite filled with unbelievable pet tricks.
Categories
Entertainment Entertainment Top Story