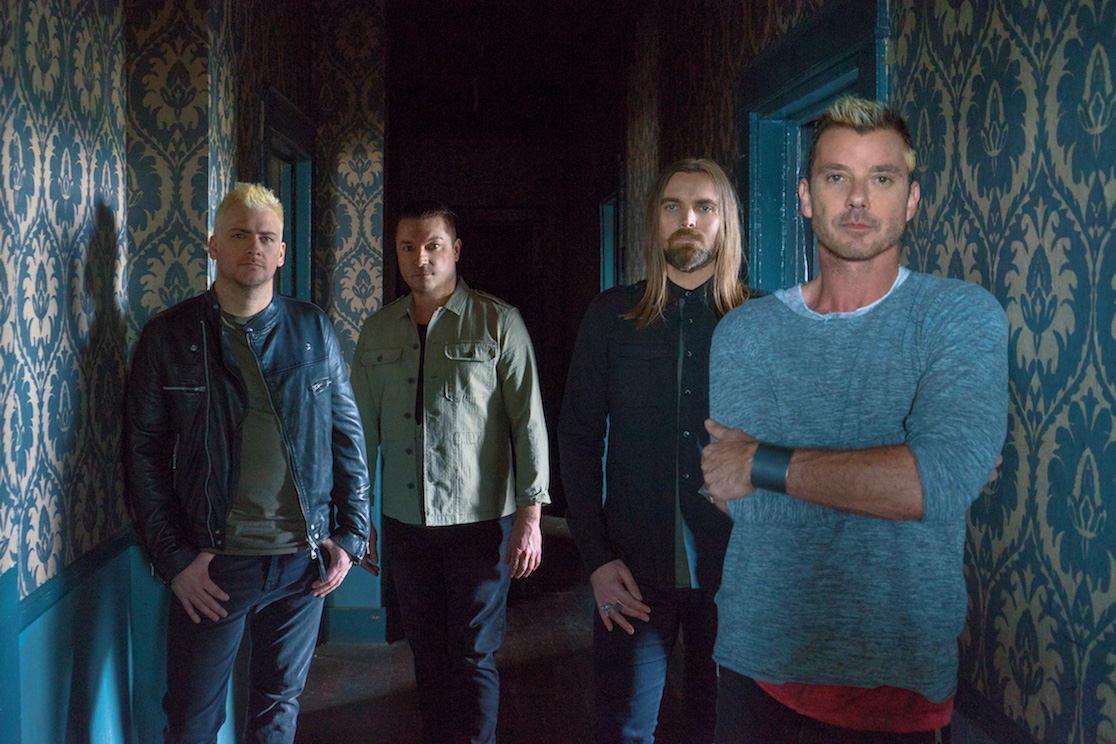 Tue, Jul 10th 2018 11:20 am
Smash Mouth, Air Supply, Phil Vassar also take Fallsview stage
Fallsview Casino Resort presents its October entertainment lineup, featuring rock, pop and country stars, and big-ticket stage shows.
October kicks off on a rocking note with a one-night-only performance from Bush on Oct. 3. One of the most successful bands of the '90s and 2000s, Bush began its meteoric rise to the top of the music charts with hits "Glycerine," "Everything Zen," "Machinehead" and "Swallowed." With nearly 20 million albums sold in the U.S. and Canada, and achieving 18 consecutive Top 40 singles in their career, Bush promises to put on a fantastic show.
From Oct. 4-6, Air Supply returns to the Fallsview stage. Originally from Australia, this soft-rock duo has won millions of fans the world over with hit songs including "Lost in Love," "Every Woman in the World," "All Out of Love" and "Making Love Out of Nothing At All."
The rock continues on Oct. 19 for a one-night-only performance from '90s hitmakers Smash Mouth. Blending elements of rock, pop, ska and punk music, Smash Mouth burst onto the scene with radio favorite "Walkin' on the Sun," and continued the momentum with subsequent hits including "All Star" and "Holiday in My Head."
On Oct. 20, Fallsview's Songwriters in the Grand Hall series continues with a performance from country singer-songwriter Phil Vassar. Sogno Italiano takes the stage Oct. 20-21.
Fallsview also presents two exciting stage shows in October. From Oct. 11-18, Fallsview offers a fun romp through the "Roaring '20s" with "Thoroughly Modern Millie." Enjoy this musical comedy as small-town girl Millie Dillmount experiences the ups and downs of the flapper lifestyle in 1922 New York City.
From Oct. 24-28, guests can relive the musical stylings of Frank Sinatra with "FRANK The Man The Music Starring Bob Anderson."
The complete October performance schedule and ticket pricing includes: 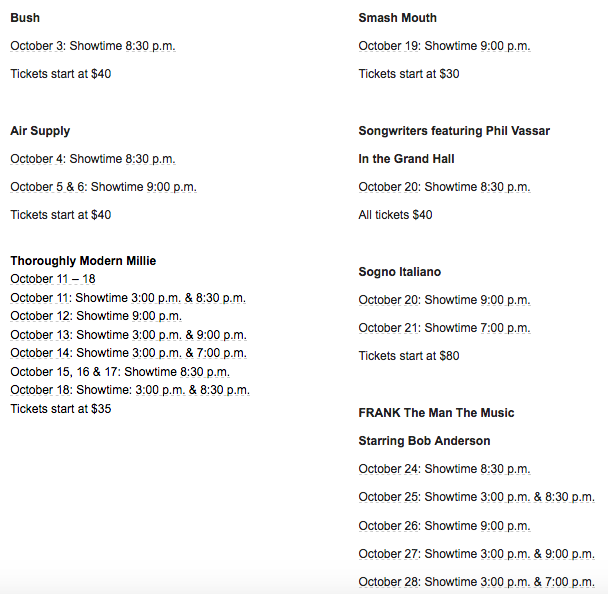