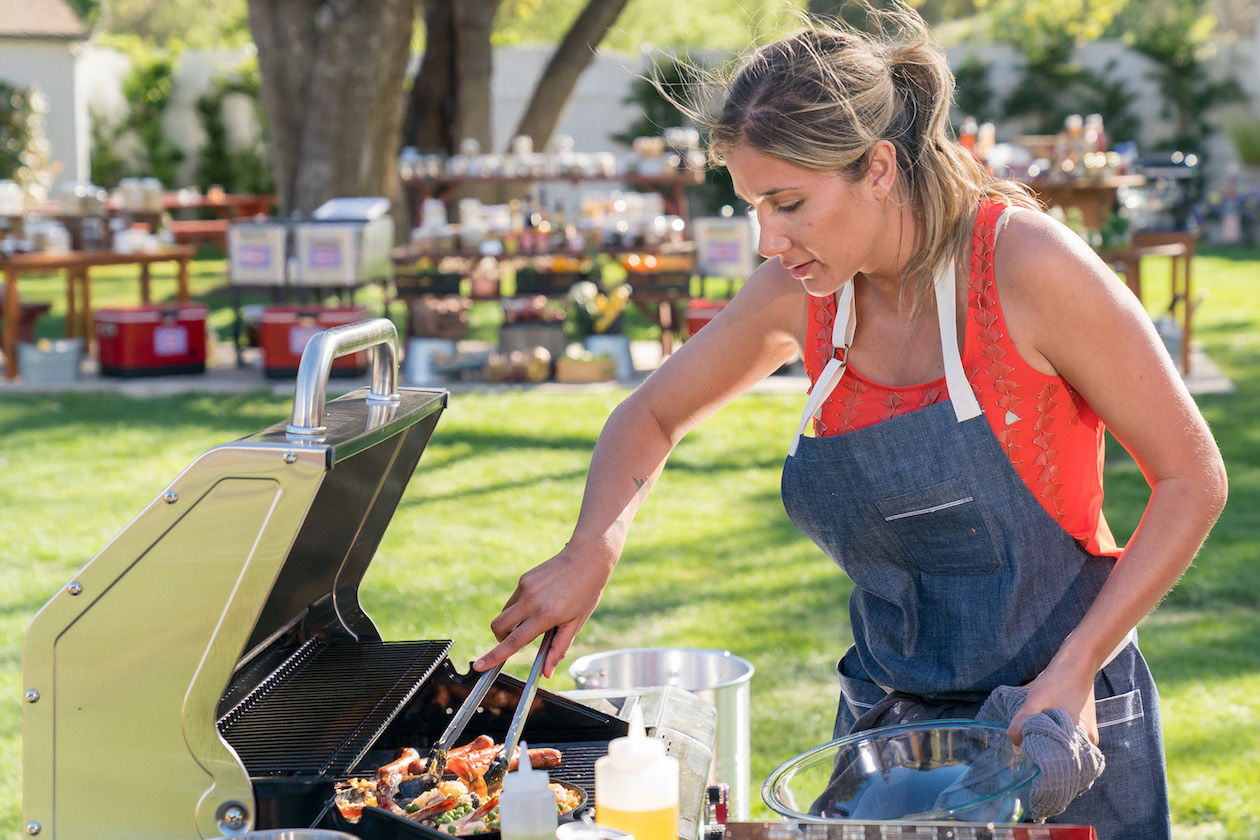 Wed, Jun 27th 2018 09:00 pm
4-part tournament premieres Sunday, Aug. 5, on Food Network
Six talented chefs enter the summer house to square off in the new primetime culinary series, "Ultimate Summer Cook-Off," premiering Sunday, Aug. 5 (8 p.m. ET/PT), on Food Network. Whether it's a chef with a restaurant right on the beach, a seafood master, or a chef from Hawaii, each competitor has their own connection to the summer season and their culinary reputations at stake.
Host Eddie Jackson challenges the chefs over four episodes, as each competitor must take on two rounds of summer culinary heats that test their skill and creativity. The chef who wins the first challenge in each episode will receive a key advantage during round two, gaining access to a special cooler with high-end ingredients that no other competitor can use, before presenting their creations to a panel of expert judges.
"Southern and Hungry's" Damaris Phillips and "Let's Eat's" Jamika Pessoa are joined by a roster of special guest judges each week, including "Comfort Food Tour's" Mark Anderson and Ryan Fey, barbecue blogger Susie Bulloch, "Comfort Nation's" Lazarus Lynch, "Genius Kitchen's" Courtney Rada and pitmaster Cameron Treu, to determine which chef exemplifies what summer is all about with their dishes and earns the $25,000 grand prize.
"Summer is synonymous with spending time with family and friends, while gathering around the grill to dig in to some finger-licking BBQ," said Courtney White, general manager and executive vice president, programming, Food Network and HGTV. "Eddie Jackson is the perfect host to challenge these six chefs in taking their culinary bona fides and placing them on the line, while creating summer dishes that are fun and exhilarating for a chance at walking away with $25,000."
In the premiere episode, Jackson presents the chefs with the first challenge: They will have 30 minutes to whip up their best backyard burger, with each chef randomly choosing a cooler with ingredients to use in their dish. Judges Phillips and Pessoa are joined by Anderson and Fey to choose the best backyard burger, with the winner receiving a key advantage in the next round. In round two, the chefs make the quintessential American summer dish: hot dogs! The chefs have 60 minutes to create one fully loaded hot dog and one fully unexpected hot dog. In the end, one chef is sent home for the summer, while the rest continue in pursuit of the grand prize.
Other challenges during the season include creating an entire summer dinner with a travel destination theme and having 30 minutes to prepare an outrageous, six-foot-long lobster roll, all culminating with the last three chefs battling it out in the finale on Sunday, Aug. 26, to determine who wins Food Network's "Ultimate Summer Cook-Off" and $25,000.
Get to know the summer cook-off challengers and see photos and highlights of their dishes at FoodNetwork.com/SummerCookOff. To enjoy the ultimate summer culinary experience, share favorite summer dishes using #SummerCookOff.
Categories
Entertainment Food OYT