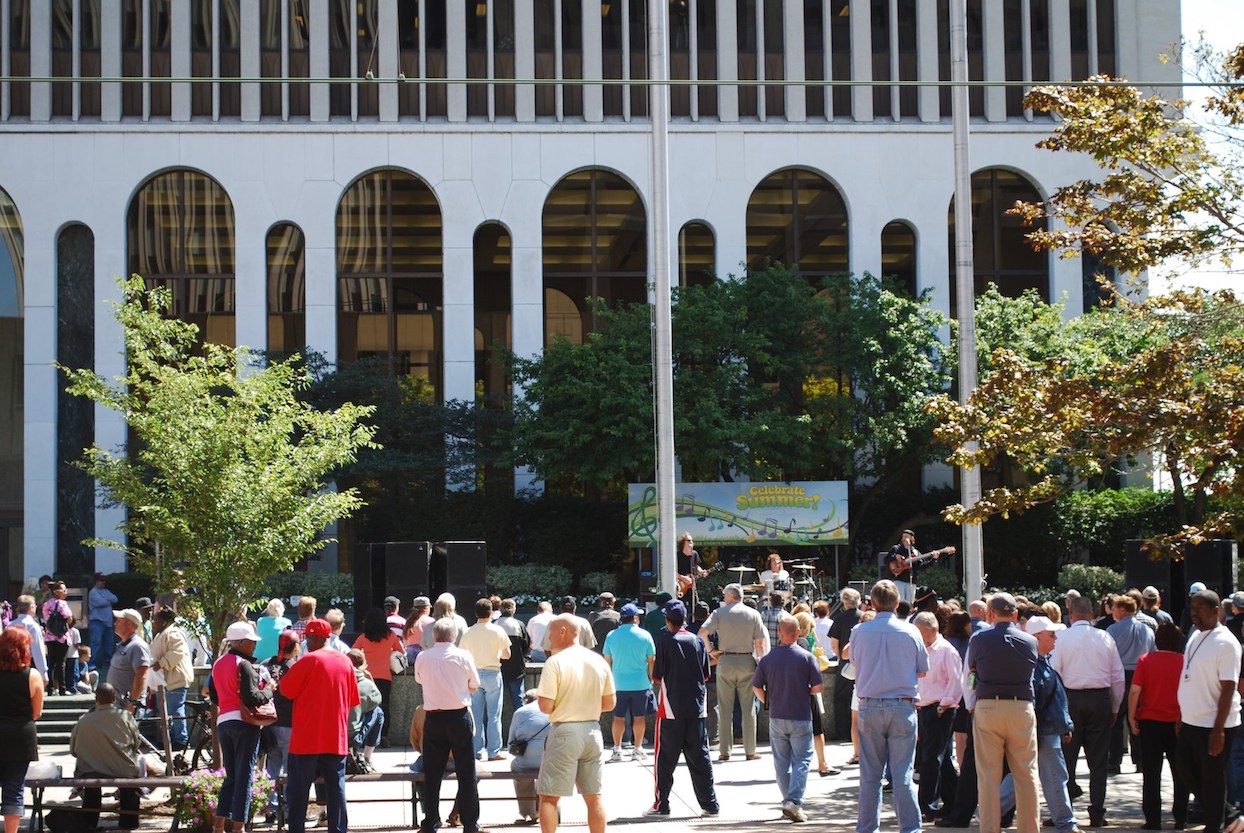 Tue, Jun 5th 2018 12:55 pm
Buffalo's longest-running free concert series returns June 11 to One M&T Plaza
M&T Bank on Tuesday announced the 49th anniversary season of its Plaza Event Series, an enduring symbol of M&T's commitment to downtown Buffalo. The 11-week concert series - a summertime tradition in Buffalo - is the longest-running free concert series of its kind in the U.S.
This year's Plaza Event Series, which carries the slogan "Brighten up your day," will feature 54 performances. It starts June 11, with the season's last performance scheduled for Aug. 24. Six new acts have been added to the lineup, and several favorites will continue their longtime streaks of Plaza Event Series appearances.
"For many, summer begins in downtown Buffalo when the entertainers take to the stage at One M&T Plaza," said Keith Belanger, M&T Bank senior vice president and Buffalo Place chairman. "The concerts pump an extra dose of energy into downtown Buffalo, further enlivening the city culturally and socially."
The new acts to take the Plaza Event Series stage this summer will be West of the Mark, XOXO, The Scott Celani Band, Metropolitan Voices of Unity, The Kensingtons and The Soul Providers. The Buffalo Philharmonic Orchestra is again scheduled to play at the plaza. Other popular artists and bands returning this year include Beatlemagic, Terry Buchwald's Tribute to Elvis and Boys of Summer.
For the fourth year running, the season will feature local food trucks each weekday, including The Flaming Fish (Mondays), Chef's (Tuesdays), Cheesy Chick (Wednesdays), The Blend (Thursdays) and Dickey's BBQ Pit (Fridays).
When One M&T Plaza was designed, its architect envisioned the outdoor plaza becoming a gathering place for downtown Buffalo. One year after the building opened, the Plaza Event Series began and fulfilled the plaza's historic intended purpose.
M&T Bank is encouraging the public to use #PlazaEventSeries to share their photos, video and memories on social media.
The full list of artists for the 2018 concert series is as follows:
JUNE
JULY
AUGUST
For further information about the series, or becoming a performer in the 2019 lineup, call 716-842-5237.
Categories
Entertainment Home feature NFP