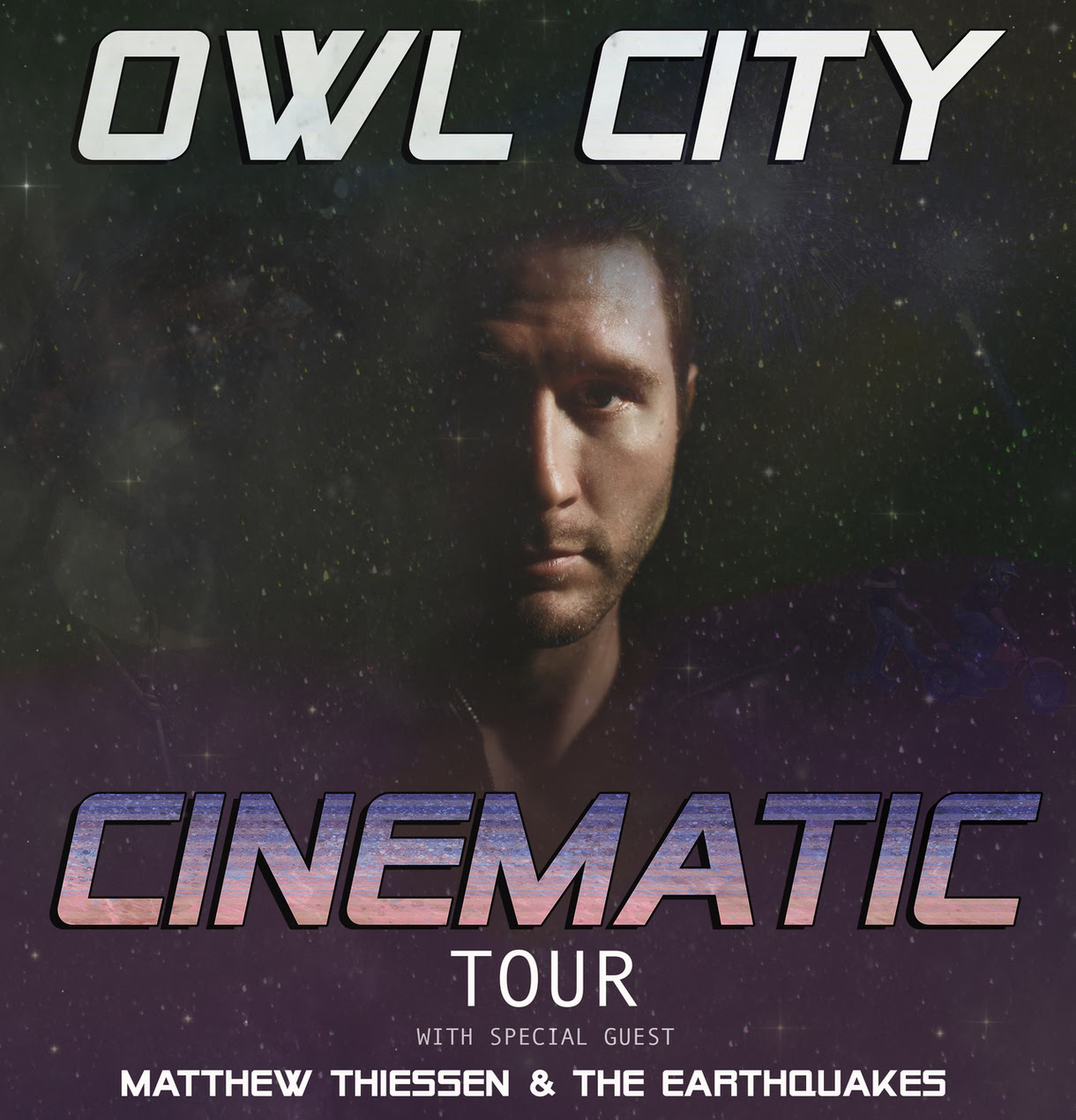 Fri, Apr 20th 2018 09:55 pm
Matthew Thiessen & The Earthquakes to support on all dates
Owl City on Friday announced the "Cinematic Tour" - his first North American tour in more than three years. Kicking off this September in Milwaukee, the tour will bring Owl City (Adam Young) to 24 markets across North America in support of his new album - "Cinematic" - which is slated for release on June 1.
"After spending the last few years working in my studio, it's finally time to hit the road," Owl City said. "I'm excited to pack my bag, grab my guitar, and go on a journey that will take me around the country. See you on the road!"
Supporting Owl City on all dates is friend and fellow collaborator Matthew Thiessen & The Earthquakes. Thiessen is best known for his work as co-founder, lead vocalist and guitarist for the band Relient K, as well as his collaborative work on Owl City's breakout debut album, "Ocean Eyes."
The "Cinematic Tour" will bring new music to Owl City fans across the country in support of his new, sixth full-length album and first independent offering.
"Cinematic," which was preceded by a trio of three-song "Reels" (EPs) that are available now, is described by Owl City as, "A personal narrative, as if a film was made from key scenes throughout my life. My hope is there's a way to teach yourself to recognize and appreciate what I like to call, 'movie magic moments', so you don't miss out on them. That's what the title alludes to. You have an audience cheering you on. Everybody is in your corner. Do your best for them."
The entire undertaking represents the apex of Young's decade-long output to date. Hailing from the tiny town of Owatonna, Minnesota, he quietly became one of pop's most ubiquitous voices, selling over 2.5 million albums and 18 million singles globally. 2009's "Ocean Eyes" yielded a timeless smash in the form of "Fireflies," which went seven-times RIAA Platinum, soared to No. 1 in 26 countries, and ignited a meme frenzy in 2017 nearly 10 years removed from its initial release.
Among a discography of hits, "Good Time (feat. Carly Rae Jepsen)" also earned a triple-Platinum certification and toppled charts worldwide.
Presales for the "Cinematic Tour" start at 10 a.m. local time Monday, April 23. Public onsale begins at 10 a.m. next Friday, April 27.
Owl City will perform Sept. 15 at the Phoenix Concert Theatre in Toronto. For tickets and more information, visit owlcitymusic.com.
Categories
Entertainment Entertainment feature