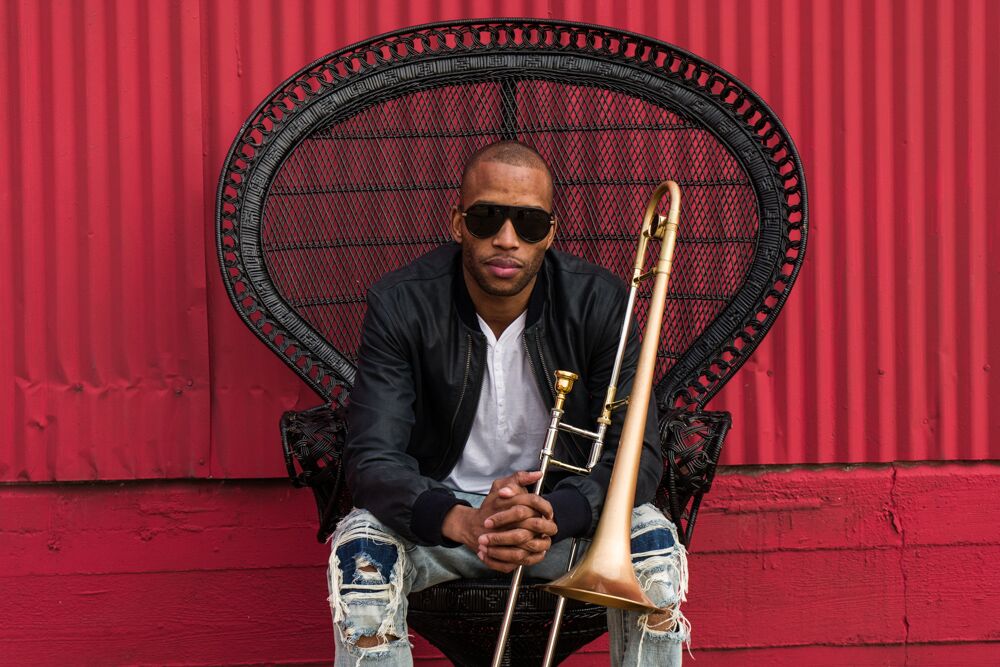 Tue, Feb 13th 2018 04:15 pm
In honor of Fat Tuesday - and as New Orleans celebrates its 300th anniversary in 2018 - it was announced Feb. 13 that the "Voodoo Threauxdown," headlined by Trombone Shorty & Orleans Avenue, and featuring Galactic, Preservation Hall Jazz Band and New Breed Brass Band, will make its way to Lewiston. The performers will bring their touring street party to Artpark's "Tuesdays in the Park" on Aug. 14.
Tickets for the 6:30 p.m. Outdoor Amphitheater show go on sale at 10 a.m. Tuesday, Feb. 20. Advance general admission (carry-in chairs permitted) tickets are $12; front-of-stage (standing-room-only) is $37; and reserved seating (numbered chairs provided) is $37.
General admission "Tuesdays in the Park" season packages (12 concerts) are on sale now for $156. Ticket prices include facility fee; additional fees apply for online and phone orders. General admission tickets increase by $5 when purchased the week of the concert.
Purchase tickets online at artpark.net or tickets.com, by phone at 1-888-223-6000, or in person at the Artpark box office (10 a.m. to 4 p.m. weekdays), 450 S. Fourth St., Lewiston.
This concert joins the previously announced "Tuesdays in the Park" shows with Steve Miller Band with Peter Frampton (July 3), Barenaked Ladies with Better Than Ezra and KT Tunstall (July 10) and Tedeschi Trucks Band "Wheels of Soul 2018" featuring Drive-By Truckers and The Marcus King Band (July 17). Visit artpark.net for more information.
The City of New Orleans, one of America's most unique and diverse cities, celebrates its 300th anniversary in 2018. To celebrate his hometown's tricentennial, its rich cultural heritage, and the bright future of its music, Trombone Shorty has handpicked an all-star lineup of Crescent City musicians to tour the nation as "Voodoo Threauxdown." The revue will bring the spirit and the sound of New Orleans to 27 cities from coast-to-coast this August and September.
Headlined by Trombone Shorty & Orleans Avenue, the touring street party also features Galactic, Preservation Hall Jazz Band, and New Breed Brass Band, plus special guest appearances by Big Easy legends Cyril Neville, Ivan Neville, Kermit Ruffins and Walter "Wolfman" Washington.
"New Orleans is the best place in the world," Trombone Shorty said. "I want to bring people the experience of New Orleans - I always encourage people to come to the city and see what made me, what influenced me, but not everyone can come visit. Plus, there's a lot of other musicians in the city who feel the same way, who play this music and have their own take on keeping tradition alive. With this show, my friends and I want to spotlight New Orleans, bring joy and fun and partying to the nation, because that's what New Orleans creates. That's what our music is about."