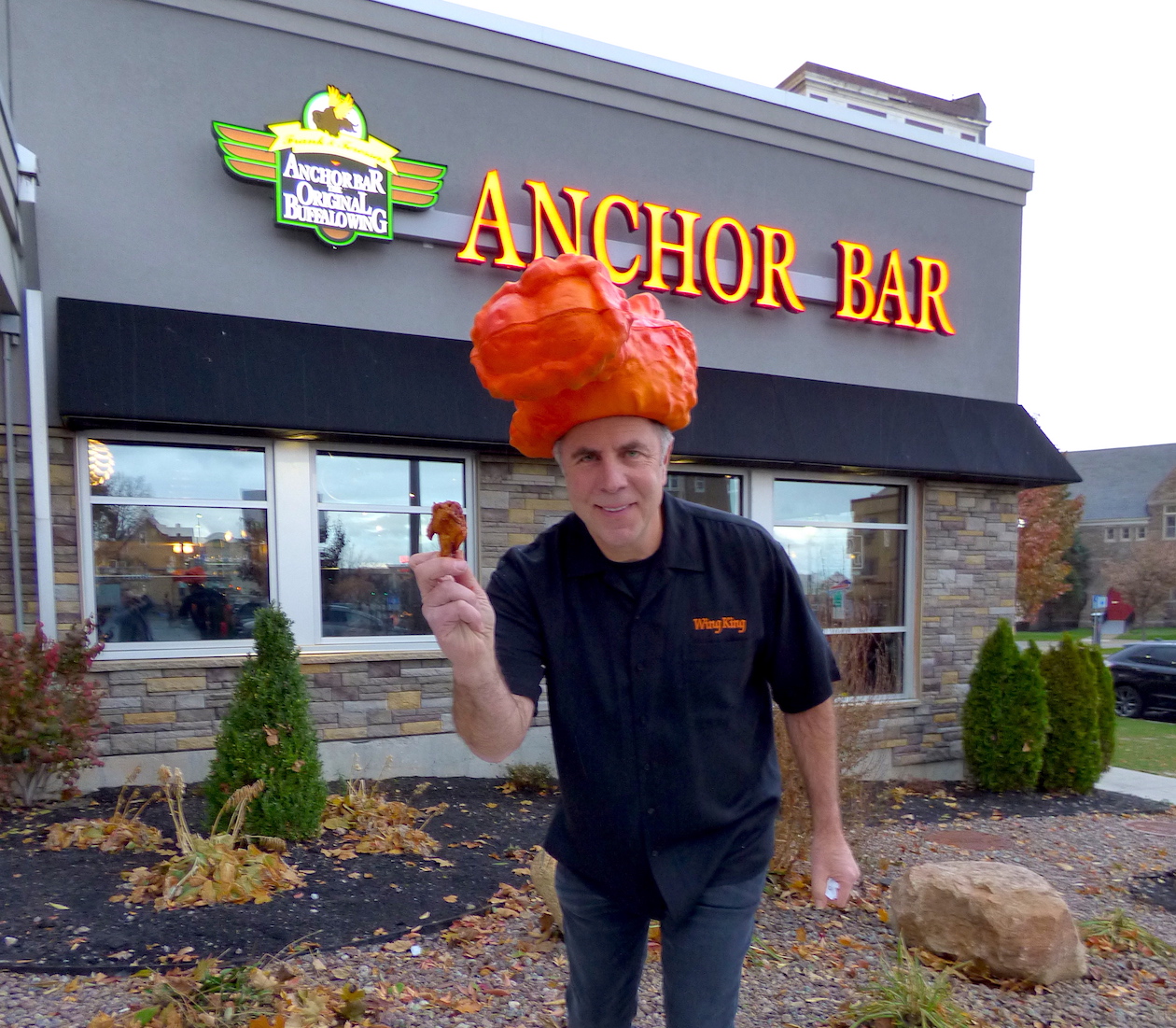 Thu, Nov 16th 2017 05:15 pm
Merani Hotel Group brings world-famous flavor to international tourist hot-spot
Anchor Bar, the home of "The Original Buffalo Chicken Wing," held a grand-opening celebration Thursday for its 10th franchise location, and first in Niagara County. The restaurant is located at 114 Buffalo Ave., Niagara Falls, inside the Holiday Inn.
Franchise owners the Merani Hotel Group celebrated the occasion with Anchor Bar Franchise and Development Vice President Mark Dempsey, New York State Assemblyman Angelo Morinello, Niagara Falls Mayor Paul Dyster, dozens of Niagara Falls elected officials and community leaders, plus family and friends.
"We're proud to have invested more than $80 million in this area over the last 10 years," said Michael Marsch, vice president of operations at the Merani Hotel Group. "We believe that opening an iconic restaurant, like the Anchor Bar, in the heart of Niagara Falls, will help us continue to drive traffic to this region and support economic growth in our community."
At more than 5,000 square-feet, the new Anchor Bar location seats up to 200 people. The Niagara Falls site boasts 17 flavors of wings and two distinct atmospheres: family dining and a sports bar full of memories and memorabilia that recreate the original restaurant's famous flair. Another unique feature at this location is the breakfast menu (only offered here and at the Buffalo Airport).
"The Niagara Falls location marks a significant milestone for the Anchor Bar franchise as we continue expanding the brand into new and exciting locations around the U.S. and abroad," Dempsey said. "As a Niagara Falls local, it means that much more to work with the Merani Hotel Group to develop this unique location and service model that suits the needs of consumers in this area."
Morinello called the restaurant a breath of fresh air, while Dyster said he hopes this location is as successful - or more - than the original Buffalo location.
The Anchor Bar Franchise & Development Company opened its first franchise location in 2009 at the Buffalo Airport. Today, the company has 10 locations total, including three stores in Ontario, San Antonio, at Darien Lake Theme Park, the Buffalo Airport and in Williamsville, Amherst, Niagara Falls and the original on Main Street in Buffalo.
Owners Frank and Teressa Bellissimo first opened the doors to Anchor Bar in 1935, offering a menu that specialized in Italian cuisine. When Anchor Bar invented the chicken wing in 1964, the restaurant became a local treasure.
Anchor Bar serves up more than 70,000 pounds of chicken per month, and its bottled wing sauce now retails in over 5,000 supermarkets worldwide. Consumers can even purchase Anchor Bar's famous wings online and have them shipped anywhere in the country.
For more information about Anchor Bar and franchise opportunities available, visit www.anchorbar.com. 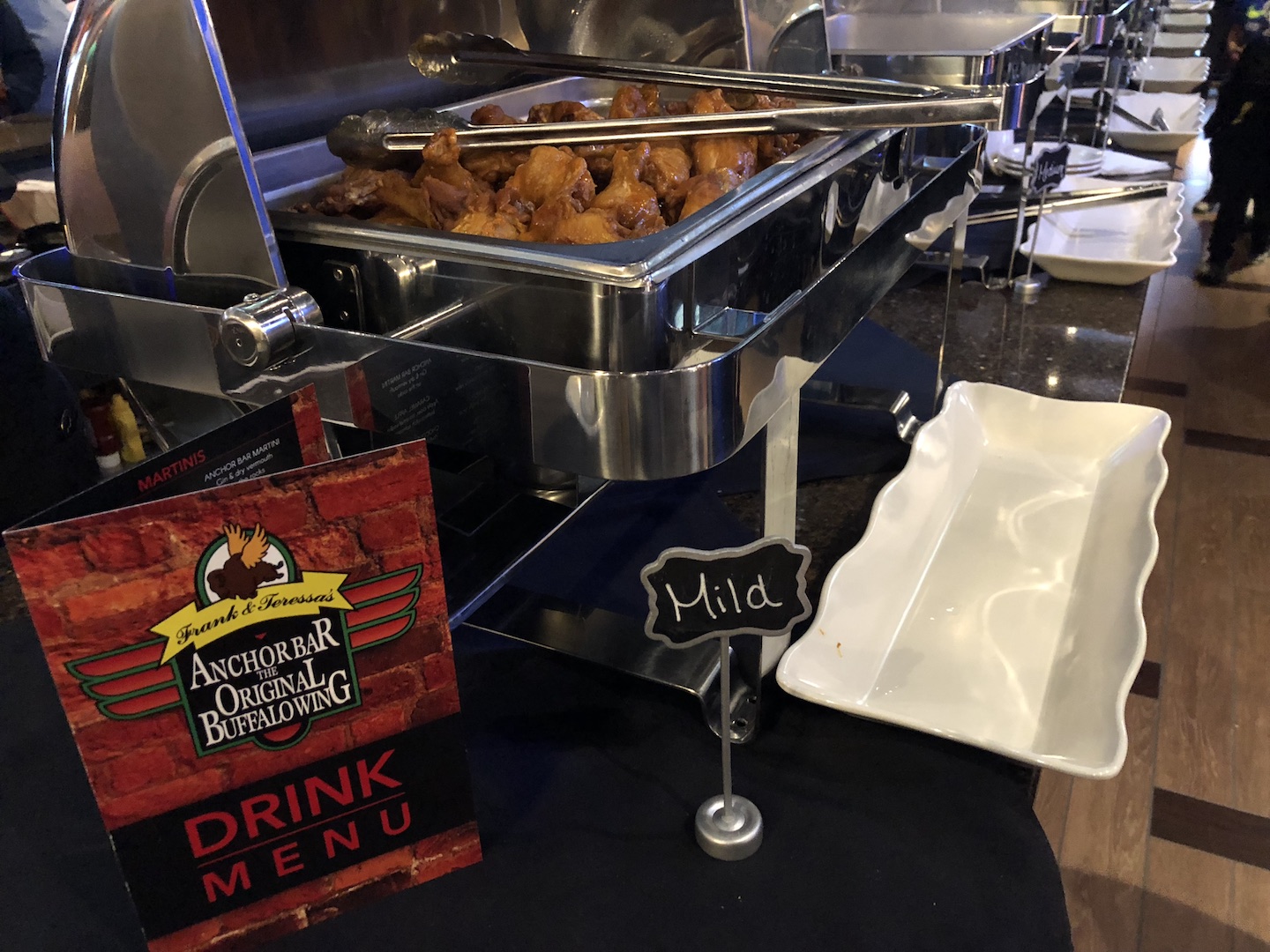 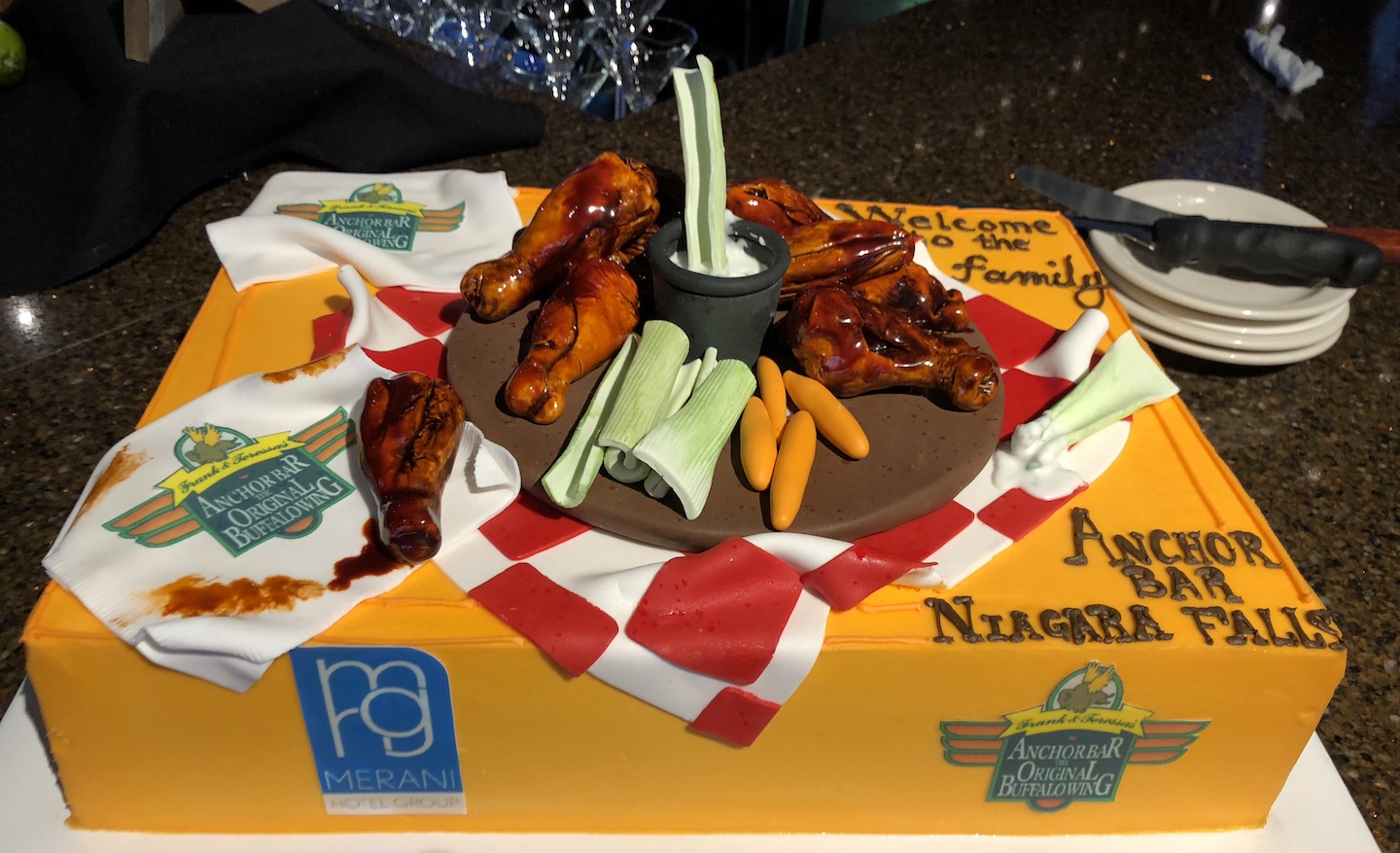 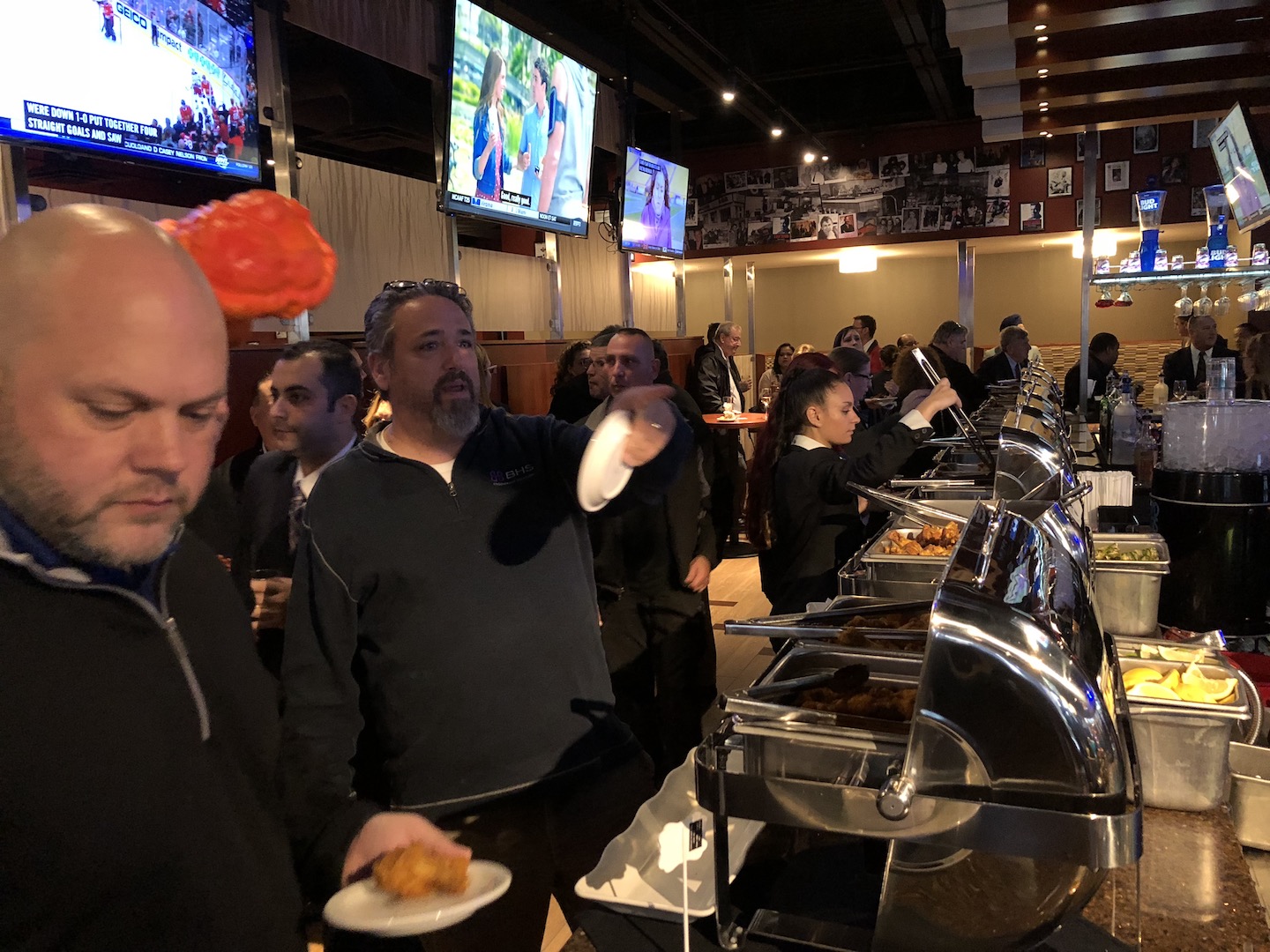 A look inside the 10th and newest Anchor Bar in Niagara Falls, located at 114 Buffalo Ave. 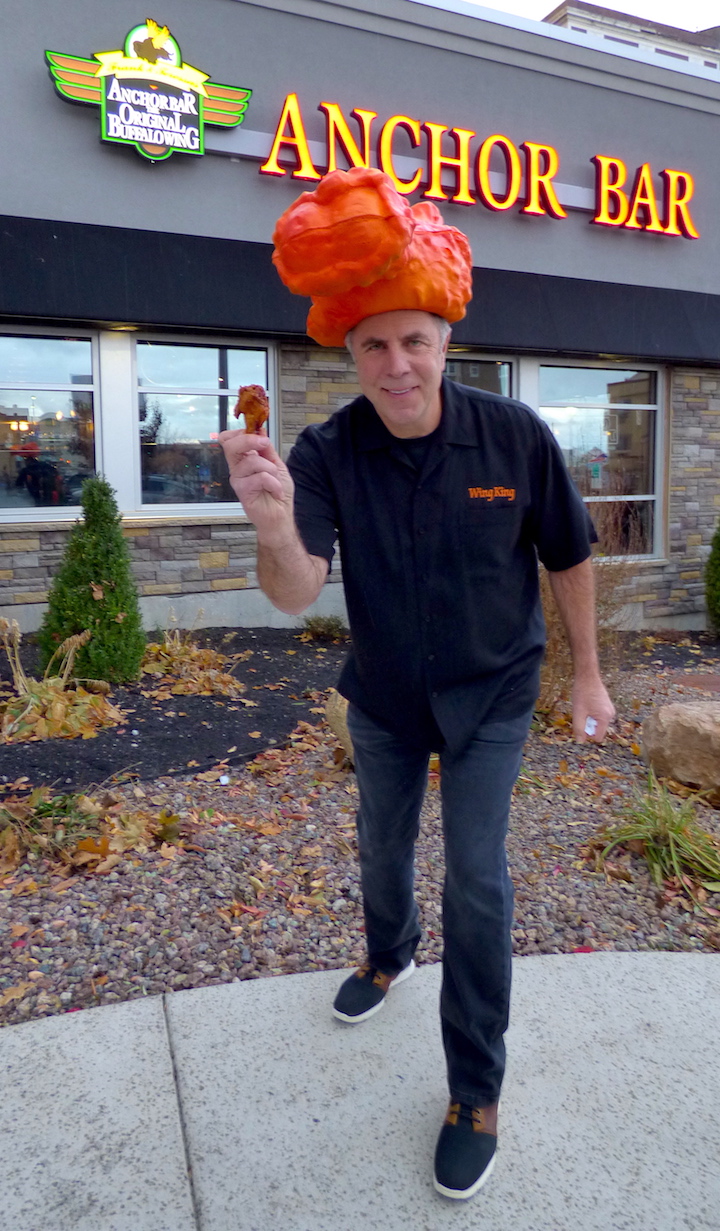 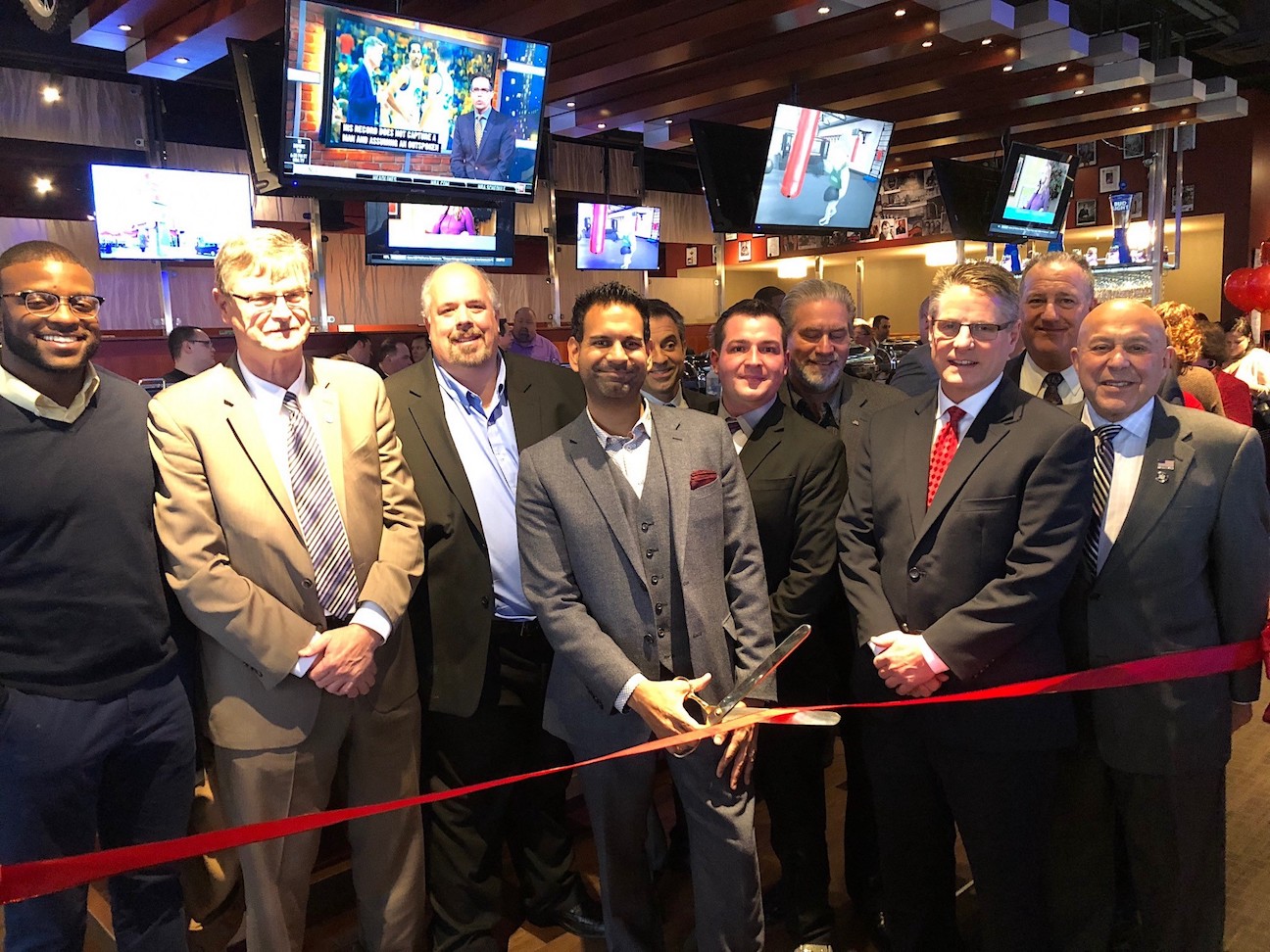 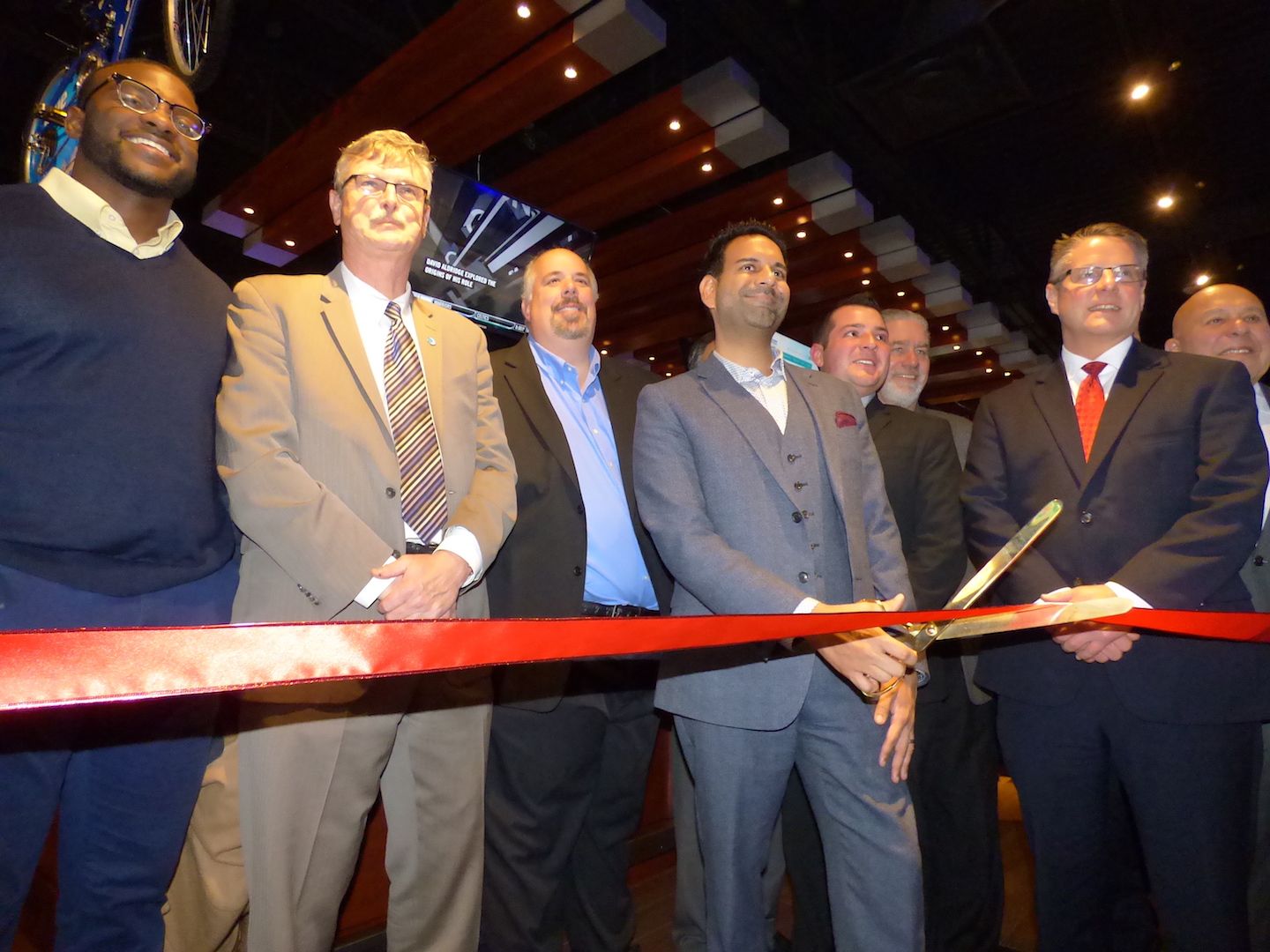