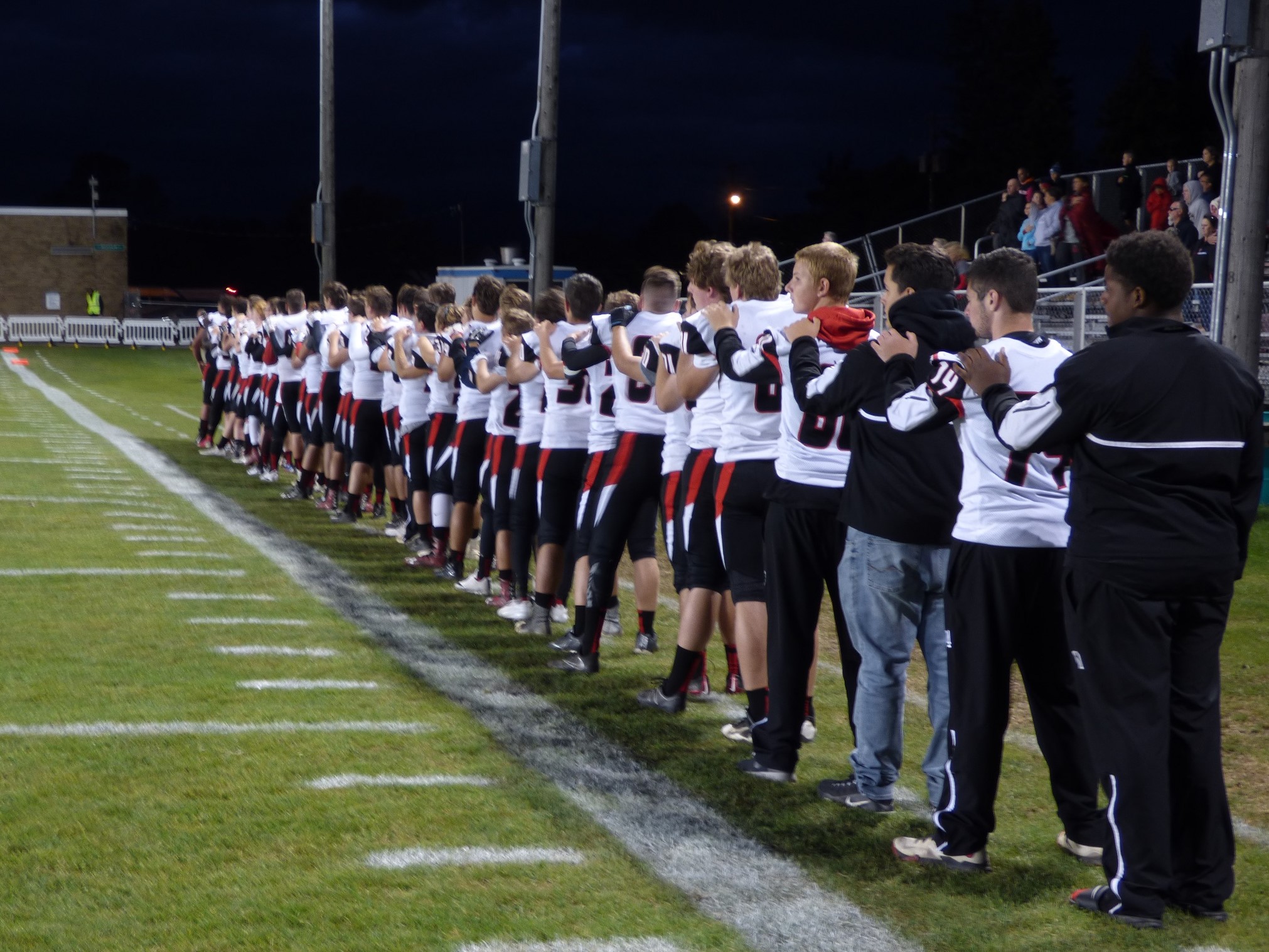 Sat, Sep 30th 2017 02:20 pm
Legends show their No. 1 rank in Class AA vs. Falcons
By David Yarger
Tribune Editor
On senior night at Lancaster High School, Niagara-Wheatfield experienced what it's like to play, truly, one of the best teams in the area.
The Legends, ranked No. 1 in New York state for Class AA, came out and defeated the Falcons, 61-28.
Although, 28 points is the most Lancaster has given up all season, the 61 points they answered with were a school record.
The momentum was set in stone from the first kickoff, as Max Giordano returned it 84 yards for a Legends touchdown and less than four minutes later, after a Falcons' three-and-out, Andrew Hersey was into the end zone again for the Legends, making it 13-0, quickly.
The Falcons offense had no answers for the Lancaster defense. After a punt and Giordano return to the 28 and a 15-yard penalty tacked on, Hersey was back into the end zone for a 13-yard score. After one quarter, Lancaster led, 19-0.
Hersey scored again in the second quarter for his third touchdown of the game, making it 26-0, Legends. Brett Beetow followed that Legends' possession with an interception on defense and then a rushing touchdown of his own.
Wheatfield went into the half down 34-0.
To start the second half, the Falcons got a nice return for Jake DeWolf, putting them in Legends territory. Nothing came out of it, as the Falcons fumbled on the first play and it was returned for a touchdown by Beetow.
The Falcons got their first score from Josh Brown, who ran it in from three yards out. The TD was Brown's 10th of the year.
Lancaster made sure they answered though, as Hersey took the ensuing kickoff the distance, making it 48-6.
Jordan Parks ran for a 34-yard touchdown on the Falcons' next offensive drive. He also had a 64-yard touchdown late in the fourth quarter. Noah Bennett also scored for the Falcons.
Lancaster would add another kick return and a QB scramble for a touchdown and that was all she wrote. The Legends walked away on senior night victorious, 61-28.
Coach Russ Nixon was disappointed by the loss, but said Lancaster is a good example of what you have to do to be the best.
"It's a measuring stick," Nixon said. "We know we have a long way to go to get to where we wanna be. They're one of the best teams in Western New York for a reason right now and that's where we want to be so, we're gonna keep working at it. It goes a long way to show what we've gotta do in the offseason. If you wanna be the best, you gotta beat the best."
The loss drops the Falcons to 2-3 overall and 2-2 in league play. With two games left, the playoffs are still up in the air for Nixon's squad. The journey for a playoff spot continues at 7:30 p.m. next Friday, as the Falcons go on the road to face Clarence.
Categories
School Tribune
comments powered by Disqus