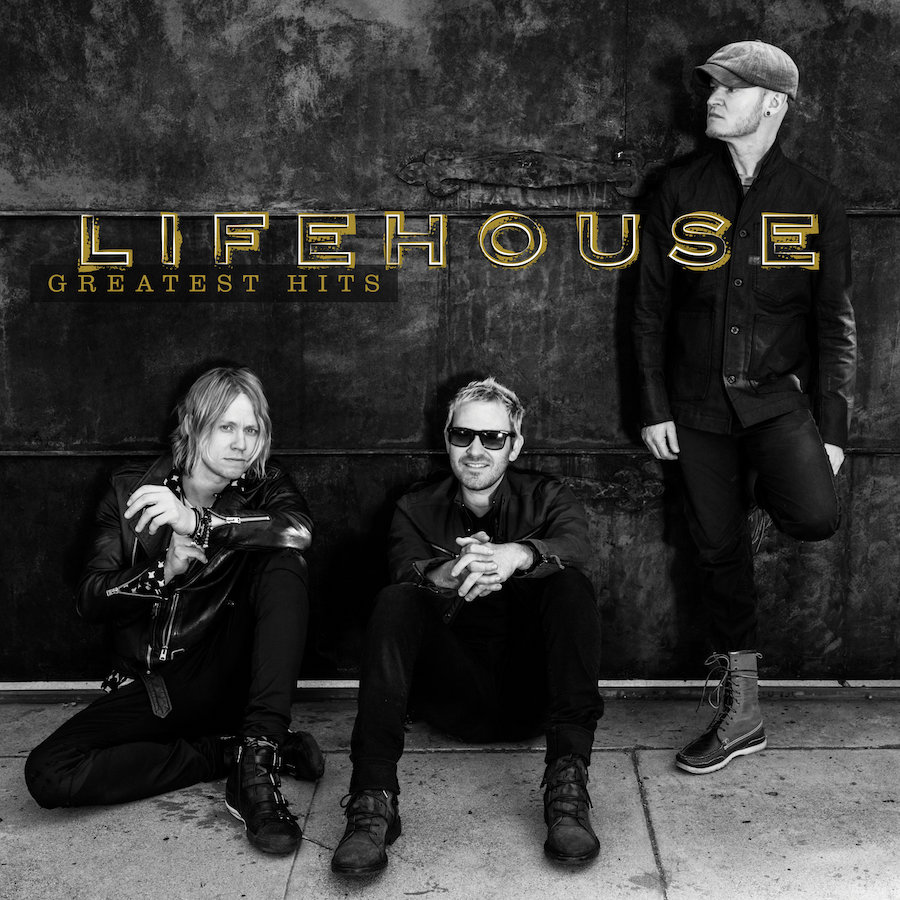 Thu, Jun 8th 2017 11:35 am
Multiplatinum award-winning rock band Lifehouse will release their first hits compilation, "Lifehouse: Greatest Hits," on CD and all digital retailers July 14. The 18-track selection will include a multitude of their chart-topping hits, including "You and Me," "First Time", "Halfway Gone," "Hurricane" and "Hanging by a Moment," which was the most played radio track of 2001.
CLICK HERE TO PRE-ORDER.
To mark the release, Lifehouse, which includes Jason Wade (lead vocals, guitar), Bryce Soderberg (bass, vocals) and Ricky Woolstenhulme Jr. (drums, percussion), will co-headline a U.S. tour with Switchfoot, starting July 23 at the Fillmore Auditorium in Denver, and wrapping Sept. 10 at the Masonic Auditorium in San Francisco after a show Sept. 9 at the Greek Theater in Los Angeles.
Lifehouse will perform in Toronto on Aug. 2 at Rebel.
Wade, Soderberg and Woolstenhulme Jr. formed Lifehouse, then known as Blyss, in Los Angeles in 1999. They attracted the attention of producer Jude Cole and, eventually, veteran A&R executive Michael Ostin, who signed the band to DreamWorks for their 2000 debut. "No Name Face" produced "Hanging by a Moment," a No. 1 modern rock hit that crossed over to become top 40's most played song, peaking at No. 2 on the Hot 100.
Since 2000, Lifehouse have released seven albums that have cumulatively sold 15 million around the world.
"Hanging by a Moment," (No. 2 Hot 100, No. 2 pop songs), "Sick Cycle Carousel," "Breathing" and "Everything" all come from the band's debut album, which peaked at No. 6 on the Billboard 200, and has since gone on to sell more than 4 million copies worldwide (almost 3 million in the U.S.).
"Spin" and "Take Me Away" are taken from the band's second album, 2002's "Stanley Climbfall," while the eponymous 2005 album produced the dual chart-topping Top 5 smash ballad "You and Me" (No. 1 at both adult top 40 and adult contemporary, No. 5 Hot 100, No. 4 top 40, No. 4 pop songs) and "Blind." The album itself debuted at No. 10 on the Billboard 200 and was eventually certified platinum.
"Who We Are," released in 2007, contributed the multiformat hits "First Time" (No. 3 adult top 40, No. 17 adult contemporary, No. 16 mainstream top 40), "Whatever It Takes" (No. 3 adult top 40, No. 10 adult contemporary), and the radio version of "Broken" (No. 7 adult top 40). Their collaboration with Kevin Rudolf, "Halfway Gone" (No. 2 adult top 40, No. 12 adult contemporary,) "Falling In," "All In" (No. 6 adult top 40), "From Where You Are" and "It Is What It Is" are all from the band's fifth studio album, "Smoke & Mirrors," originally released in 2010.
"Between the Raindrops," their collaboration with British singer Natasha Bedingfield, was the lead single from their sixth studio album, 2012's "Almeria." It scored on three separate Billboard charts (No. 21 adult pop songs, No. 27 adult alternative songs, No. 79 Hot 100). The compilation's final track, "Hurricane," is from the band's 2015 indie Ironworks Music release, "Out of the Wasteland," which went to No. 30 on the hot adult chart and No. 31 at adult pop songs.
Lifehouse's music has always been radio-friendly, but the band's success is as much for Wade's "sonorous" vocals and spiritual songwriting as it is for the band's well-honed cohesion as performers. As he once explained about his creative process: "I'm comfortable being myself. The songs I've written that have connected to the most people have occurred when I'm not worrying about how everyone will react. I'm writing from an honest place, alone in my room not thinking about who's going to hear it, what they're going to think or how they're going to interpret it. The lyrics can't be contrived. They have to hit you right in the heart."
Categories
Entertainment Entertainment feature Top Entertainment News