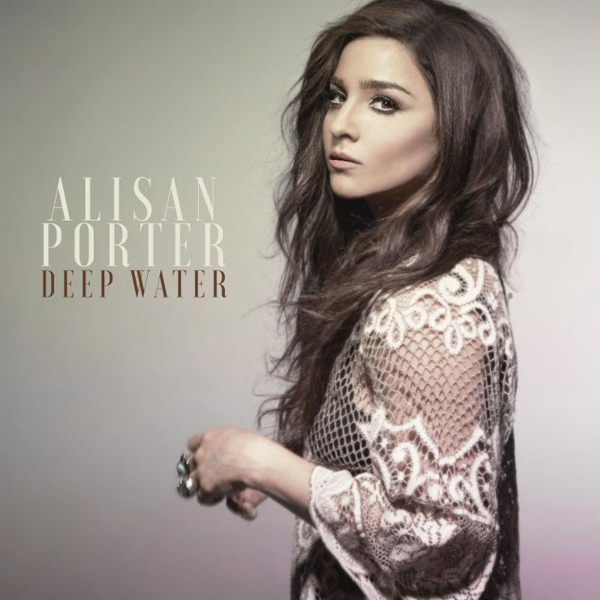 Returns To 'The Voice' for debut television performance

Los Angeles-based singer, songwriter and history-making Season 10 victor of NBC's "The Voice," Alisan Porter releases her brand new single, "Deep Water," at all digital retailers today. It's available now on iTunes and Spotify. On Tuesday, May 2, she makes her triumphant return to "The Voice" for the song's very first television performance.

Written in just six days during a trip to Nashville, Porter teamed with producer Greg Wells (Adele, Elton John) to cut these new songs, cowriting alongside the likes of Jason Reeves, Stephony Smith and Matt Rollings. Standing at the crossroads of shimmering soul, heavenly gospel and roaring rock 'n' roll, this body of work illuminates every nuance of her magnetic, massive and marvelous voice.

Check out the full tracklisting below.

About "Deep Water," Porter said, "It's amazing to go back to that particular stage and give birth to 'Deep Water.' This song is really close to my heart. Not only does it represent what I was going for with the EP, but it showcases who I am. I can't wait for everyone to hear it!"

As part of Team Christina (Aguilera), Porter's story, spirit and talent captured the hearts of audiences everywhere last year on "The Voice." More new music and touring plans are set to follow.

'I Come In Pieces' tracklisting:

A powerhouse siren with impressive writing chops to match her towering vocals, it's no surprise Los Angeles-based singer and songwriter Porter could sing with perfect pitch at 9 months old. Born to a Broadway singer mom and rocker dad, she went from wowing America on "Star Search" at the age of 5 to starring in the John Hughes 1991 classic "Curly Sue."

Post-high school, she logged time on Broadway, starring in the first production of "Footloose" and revival of "A Chorus Line." She fronted The Canyons and released two solo albums, namely 2009's "Alisan Porter," and "Who We Are" in 2014.

During a 2016 respite from music, a friend secretly submitted her to "The Voice." Emerging triumphantly, she made history on the show, winning season 10 and becoming the first victor for a female coach repping Team Christina.

Staunchly committed to a personal vision, Porter turned down a major label release in order to follow her heart as an independent artist.