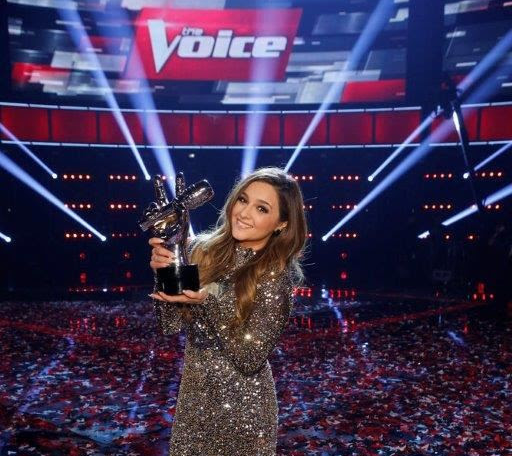 'The Voice': Season 10 champion Alisan Porter to perform on Tuesday, May 2

Porter won America's heart and top vote as a member of Team Christina during season 10 of "The Voice." Her victory made history with Aguilera becoming the first female coach to have a champion on the show after 10 seasons.

The Los Angeles-based singer and songwriter appropriately refers to herself as "art-centered," and she personifies that statement within her music. It's no surprise Porter could sing with perfect pitch at 9 months old, as her mother often proudly shares.

Born to a Broadway singer mom and rocker dad, Porter went from wowing America on "Star Search" at age 5 to starring in the 1991 John Hughes film "Curly Sue." Obsessed with music, she kept a picture of Janis Joplin above her bed between cranking everything from Joni Mitchell and Carole King, to Nirvana and Pearl Jam throughout her formative years.

Post-high school, Porter logged time on Broadway, starring in the first production of "Footloose" and revival of "A Chorus Line" - keeping up a family tradition started by mom. Heading west, she fronted The Canyons and released two solo albums, namely 2009's "Alisan Porter" and "Who We Are" in 2014. During a 2016 respite from music, a friend secretly submitted her to "The Voice."

Following her season 10 victory and staunchly committed to a personal vision, she turned down a major label release in order to follow her heart. That energy courses through her 2017 single, "Deep Water." Co-written with Matt Rollings and Stephony Smith and produced by Greg Wells (Adele, Elton John), the song swims through resounding piano keys and a southern-style organ. Her robust vocals take hold, building from vulnerable verses into the vital refrain, "I'm going to swim these deep waters alone."

For the first time, listeners get to hear Porter in all her glory this year.

The stakes are high on "The Voice," as the top 11 artists face elimination with only 10 advancing in the competition.

The current cycle of "The Voice" is averaging a combined 3.3 rating in adults 18-49 and 13.7 million viewers overall on Monday and Tuesday nights in "live plus seven day" averages from Nielsen Media Research, keeping NBC the consistent No. 1 network on both nights. So far this cycle, both editions have ranked in broadcast television's "live plus same day" weekly top 10 in adults 18-49 and total viewers each week the show has aired.