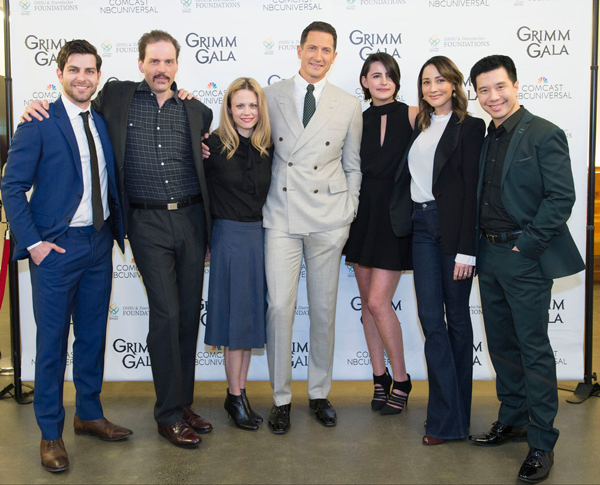 Hosted by the cast and crew of NBC's hit drama "Grimm," the third and final "Grimm Gala" took place on Saturday, Jan. 28, and raised $804,000 for OHSU Doernbecher Children's Hospital in Oregon.

In total, the three "Grimm Galas," presented by Comcast and NBCUniversal, have raised $1.5 million to support an endowment established by actor Sasha Roiz, who plays Capt. Sean Renard on "Grimm," which is set and filmed in Portland. All money raised through sponsorships, individual ticket sales, the special appeal, and auction at the sold-out event go to the Grimmster Endowment, which provides OHSU Doernbecher patients and their families support for uncompensated travel, lodging and other services integral to their care and comfort.

"I'm thrilled that Friends of Doernbecher has decided to amend its endowment purpose to mirror the Grimmster Endowment," said Roiz, who also serves a Doernbecher Children's Hospital Foundation board member. "By bringing these two resources together, we can help three times the number of families."

Rodrigo Lopez, regional senior vice president of Comcast in Oregon and Southwest Washington, welcomed the gala attendees and recognized the cast and crewmembers of "Grimm" as "an important chapter in the history of this region's television life." He went on to observe that Comcast "believes in the healing work being done at Doernbecher as much as the 'Grimm' cast does," and that "being active participants in the communities we call home is a core value of Comcast's business."

"Grimm Gala" attendees bid furiously on "Grimm" memorabilia from the show, as well as merchandise designed specifically for the event by Nike's legendary shoe designer, Tinker Hatfield. The shoes, considered a collector's item, were autographed by Hatfield and the cast of "Grimm," thus adding to their value. 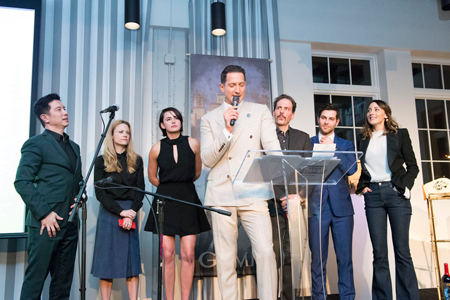 The cast of "Grimm" has done it again. This past weekend marked the final "Grimm Gala" to benefit the Grimmster Endowment at Doernbecher Children's Hospital. In an effort to do something that would last beyond the run of the series, cast member Sasha Roiz worked closely with the hospital to develop a fund to help families in a serious time of need. Joined by his cast the Grimmster Endowment became a reality and the gala (with the support of Comcast, NBC, "Grimm" production and Nike) was given life to bolster fundraising efforts. (NBC photo by Allyson Riggs)