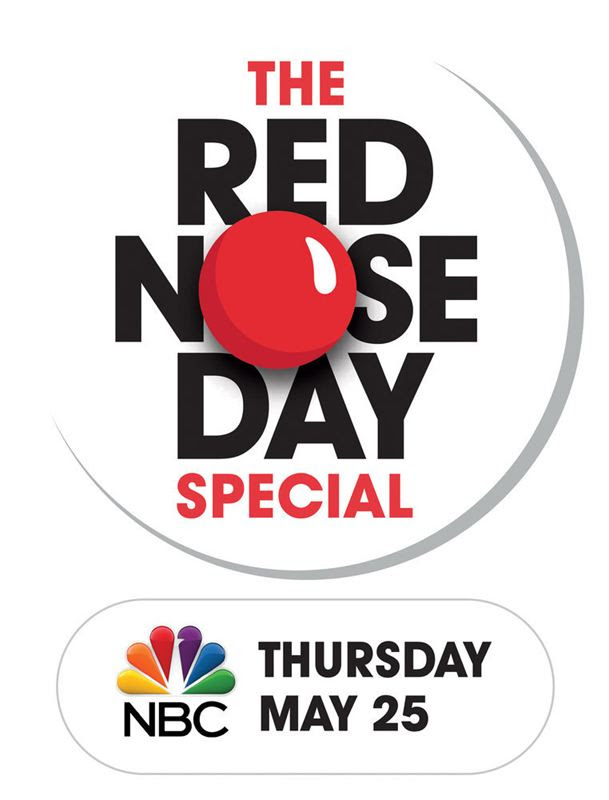 Red Nose Day campaign to end child poverty returns in U.S. on May 25

Comic Relief Inc., the charity behind Red Nose Day, has announced the return of the fundraising campaign. Red Nose Day in the U.S. will take place on Thursday, May 25, in conjunction with the third annual "Red Nose Day Special" from broadcast partner NBC. Americans across the country will come together, wear their red noses, and raise money and awareness to help children living in poverty.

With the support of millions of generous Americans, major partners and hundreds of celebrities, Red Nose Day has raised over $60 million in its first two years since launching in the U.S. in 2015, including more than $36 million in 2016.

For 2017, the campaign's iconic red noses will once again be available exclusively at Walgreens and Duane Reade locations nationwide, which will go on sale at a later date (to be announced). The campaign will culminate with NBC's third annual telecast of "The Red Nose Day Special" airing May 25. The Bill & Melinda Gates Foundation will continue to support Red Nose Day, and M&M'S returns as a national brand partner for the campaign, with additional supporting brands to be announced.

Red Nose Day was created by award-winning writer-director Richard Curtis, ("Love Actually," "Four Weddings and a Funeral," "Notting Hill"), and has raised more than $1 billion globally in just over 25 years.

"This Red Nose Day, we hope to unite the nation by having fun while making a difference for kids," said Janet Scardino, CEO of Comic Relief Inc. "It's been incredible to see millions of Americans, along with our outstanding partners and hundreds of celebrities, all come together in support of Red Nose Day to help transform the lives of children living in poverty."

Full campaign details, including further information on programming and participating talent, will be announced at a later date.

Funds raised support programs dedicated to keeping children and young people living in poverty safe, healthy and educated - both in America and around the world. Beneficiaries of Red Nose Day grants include charity organizations such as Boys & Girls Clubs of America; charity: water; Children's Health Fund; Covenant House; Feeding America; Gavi, the Vaccine Alliance; National Council of La Raza; Save the Children; and The Global Fund.